Although the victims have been identified by family and friends, it may take days for the remains to be recovered and official identifications can be made. 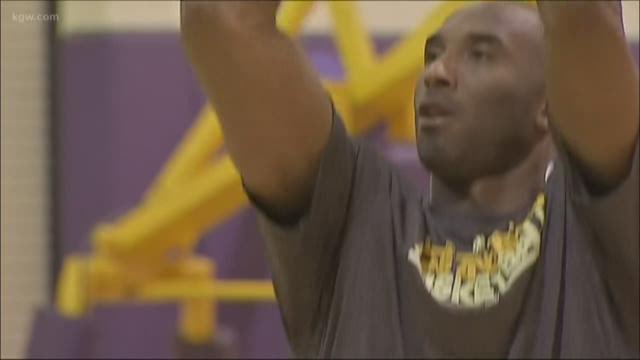 LOS ANGELES — The sports and entertainment worlds continue to mourn the death of NBA legend Kobe Bryant, his daughter, and seven others in a helicopter crash near Los Angeles Sunday morning. The cause of the crash remains unknown and the chopper was flying in very foggy conditions.

Here is what is known as of Monday morning.

Kobe Bryant, 41, and his daughter Gianna, 13, were on board the helicopter.

Also on board were Orange Coast College baseball coach John Altobelli, 56, his wife, Keri, and daughter, Alyssa. That's according to Altobelli's brother, Tony Altobelli, who is the sports information director at the college. Alyssa was about 13 and played on the same basketball team as Bryant's daughter.

RELATED: The 9 victims in the Kobe Bryant helicopter crash

RELATED: 'Please don't tell me this is true': Blazers react to death of Kobe Bryant

Christina Mauser, a girls basketball coach, has also been identified as one of the victims. That's according to a tweet by Costa Mesa, Calif., mayor Katrina Foley and a Facebook post by Mauser's husband, Matt.

"My kids and I are devastated. We lost our beautiful wife and mom today in a helicopter crash. Please respect our privacy. Thank you for all the well wishes they mean so much," Matt Mauser wrote.

Sarah Chester and her daughter Payton Chester were also on the helicopter at the time. That's according to Todd Schmidt, a former principal at the Elementary School Payton attended, Harbor View Elementary.

"As a principal, we work with some amazing families...the Chesters were one of those...engaged, supportive, encouraging, and full of mischief and laughter...and they had the best kiddos," Schmidt wrote in a Facebook post.

The helicopter's pilot was Ara Zobayan. According to CBS, FAA records indicate he recieved his commercial pilot certificate in 2007. Jared Yochim, a friend and fellow pilot, posted a tribute to Zobayan on Facebook.

"The loss is not mine, but a community really. Ara impacted so many people and only in a positive way. I’m sorry that you never got to meet him. You would’ve loved him, I promise," Yochim wrote.

The debris field is about the size of a football field. It is expected to take a couple of days to recover the remains before official identifications can be made.

The chopper crashed in Calabasas, about 30 miles northwest of downtown Los Angeles, around 9:45 a.m.

The Associated Press reports that according to data from Flightradar24, the helicopter was flying at about 184 mph and descending at more than 4,000 feet per minute when it crashed.

It's not yet known if there were any mechanical issues with the helicopter, a Sikorsky S-76. But Kurt Deetz, who used to fly Bryant in the chopper, told the Los Angeles Times that weather was the more likely cause.

“The likelihood of a catastrophic twin engine failure on that aircraft — it just doesn’t happen,” Deetz said.

"We do know there was an issue of visibility and a low ceiling. The actual conditions at the time of impact, that is still yet to be determined, and we will have that with the NTSB shortly," said Los Angeles County Sheriff Alex Villanueva.

A typical preliminary report by the National Transportation Safety Board could take 10 days, but a final report may take up to a year, according to AP.

Bryant was a five-time NBA champion with the Los Angeles Lakers. He won two scoring titles and was the 2008 league Most Valuable Player. It's expected he will be announced as a member of the 2020 class for the Naismith Memorial Basketball Hall of Fame during the Final Four.

Condolences poured in from around the world, from everyday people to NBA stars, to tributes at Sunday's Grammy awards which were held at the Staples Center in Los Angeles -- the place Bryant's Lakers call home.