While most seniors playing basketball had to overcome the cancellation of the NCAA Tournament, Campbell was overcoming her own battle. 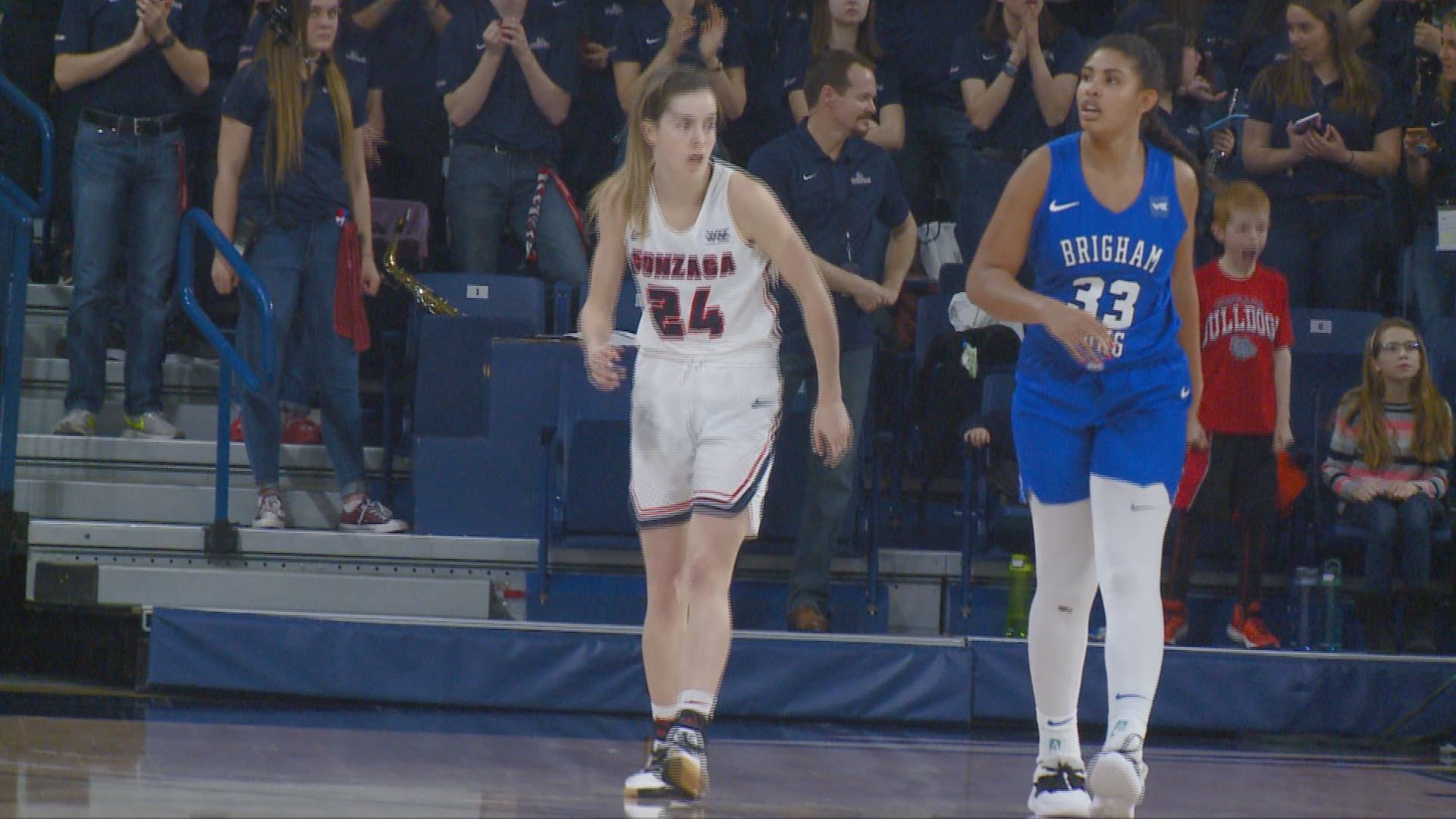 SPOKANE, Wash. — Most seniors playing college basketball had their season cut short when the NCAA Tournament was canceled due to coronavirus.

Her season ended on February 1 on a routine play against BYU in the McCarthey Athletic Center.

"I've rewatched that play so many times," Campbell said. "I got super aggressive before I stole that ball. I was super quick with my hands. It was a layup just like every other one, watching it was weird how my leg just went in."

Just like that, Campbell's senior season and playing days at Gonzaga ended with a torn ACL.

"When I was sitting in the training room, I had to face the fact that I'll probably never play at Gonzaga again or put that jersey on again," she said. "All I could do was cry. I just kept saying, 'Why me? Why does this have to happen?'"

That was tough for her to get over mentally, but she did. The love and support of the Zags community helped her to do so.

"When my season ended, I tore my ACL, I couldn't play for these people anymore, I still had 20 or 30 letters from people just reaching out to me," Campbell said. "It just showed me they cared for me."

She became a leader, a starter and a threat to dominate on both sides of the floor.

Campbell reflected on how she grew after transferring from Ventura College, a JUCO school.

"I went from hardly playing to starting my second year here," she said.

Even though her season ended short due to injury this season, she still finished on the All-West Coast Conference second team, punctuating how well she did this season despite missing the remaining games in the conference schedule.

The success she had was part of her enjoyment, such as beating Stanford at home in 2018.

Some of her favorite moments were when head coach Lisa Fortier came to her house after she committed to Gonzaga. It was her dream school.

Before this past season, the team went to Europe. That moment will always stick with her she said.

The thing that Campbell said she'll miss the most though is playing in The Kennel.

"They've brought me back when I'm down on myself," she said. "I'll hear fans when I'm in the corner taking a three say, 'You got this Katie, make a three.' I'll miss how supportive they were and how vibrant the crowd was."

She's sad this is the end, but she loved her time at Gonzaga.

So much so, that instead of choosing to do her rehab on her torn ACL in her home state of California, she has chosen to stay here in Spokane. She had this message for Zag Nation now that she won't be playing for Gonzaga anymore

"You guys made it like a family for me," Campbell said. "This is a place of people and memories I will never forget."