Kailin Downs arrived in Boise after spending the last eight seasons as a head golf coach at Portland State University. 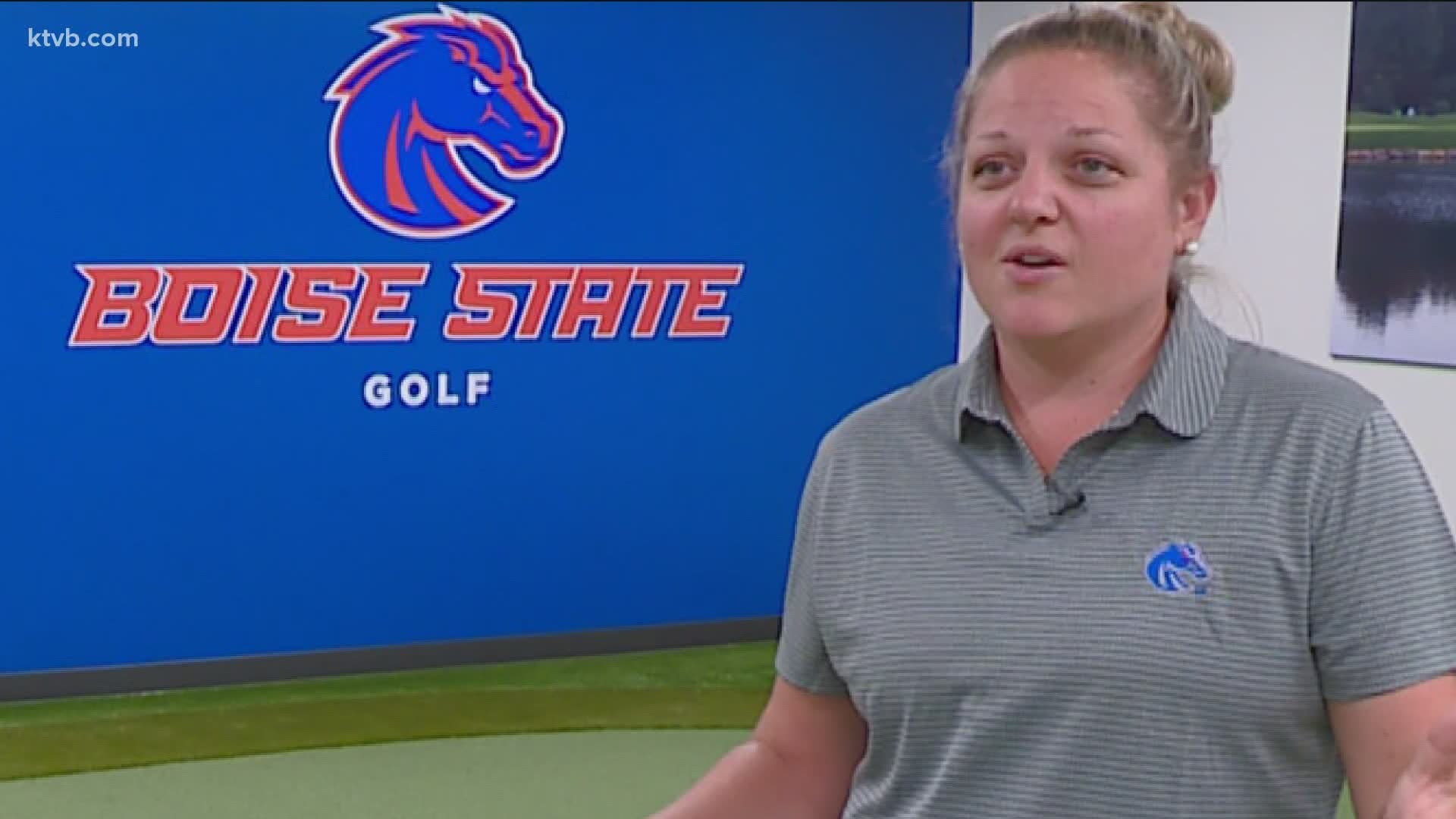 Kailin Downs arrived in Boise after spending the last eight seasons as a head golf coach at Portland State University.

"Everything I've ever heard about Boise and Boise State University and the athletic department, the brand that they are, it's something that everybody knows about," Downs said. "To come and be apart of that and really at a great time. There's a lot of exciting change going on around here."

That change can be seen within the program on multiple levels, including a brand new indoor golf facility.

"My AD, when she saw it on the computer, she was like, 'Oh no, they have the facility that you've been talking about that you want'. This is pretty special," Downs said.

The facility is equipped with all the bells and whistles, including putting greens and two simulators.

"The minute I walked in here, this is a space that you can be proud of and you can bring recruits in here and say this is golf space. Not only from a recruiting standpoint, but from a day to day perspective," Downs said. "Whenever we have bad weather, this gives us the ability to be in here and still doing things. Also, just the accessibility for them, when they're in between classes, or they've got 20 of 30 minutes before or after study hall, they're already in this area, so the ease is going to be great."

Downs knows this type of facility will make a significant difference for the golf program moving forward, especially on the recruiting trail.

“I have learned how to recruit and strategize with some pretty limited resources, and at a little bit smaller conference level, and I’ve been successful in doing that," she said. "I’m really excited to see what I’m going to be able to do here with these resources and this campus and all that it has to offer."

Downs was a two-time All-American at New Mexico, and she's excited to be back in the Mountain West Conference. She is hoping to replicate her college time for her current student-athletes.

"I had a great experience as a collegiate golfer in the Mountain West Conference and I had some success as a player and we were able to compete for conference championships all of my years," Downs said. "So I guess as a coach coming in, I hope to help these girls and this team in the future to get to the ability where you're competing for a conference championship because it's a pretty unique experience and it's one that they will remember forever."

Downs hopes to get the Boise State golf program back to competing for championships annually, but knows there will be a process to work through early on here in Boise.

“Looking at this year day to day, it’s what can we do each day to get a little bit better?" she said. "Also figure out their games and strengthen their weaknesses and then I would say a little bit longer-term, get in the mix to compete for conference championships."