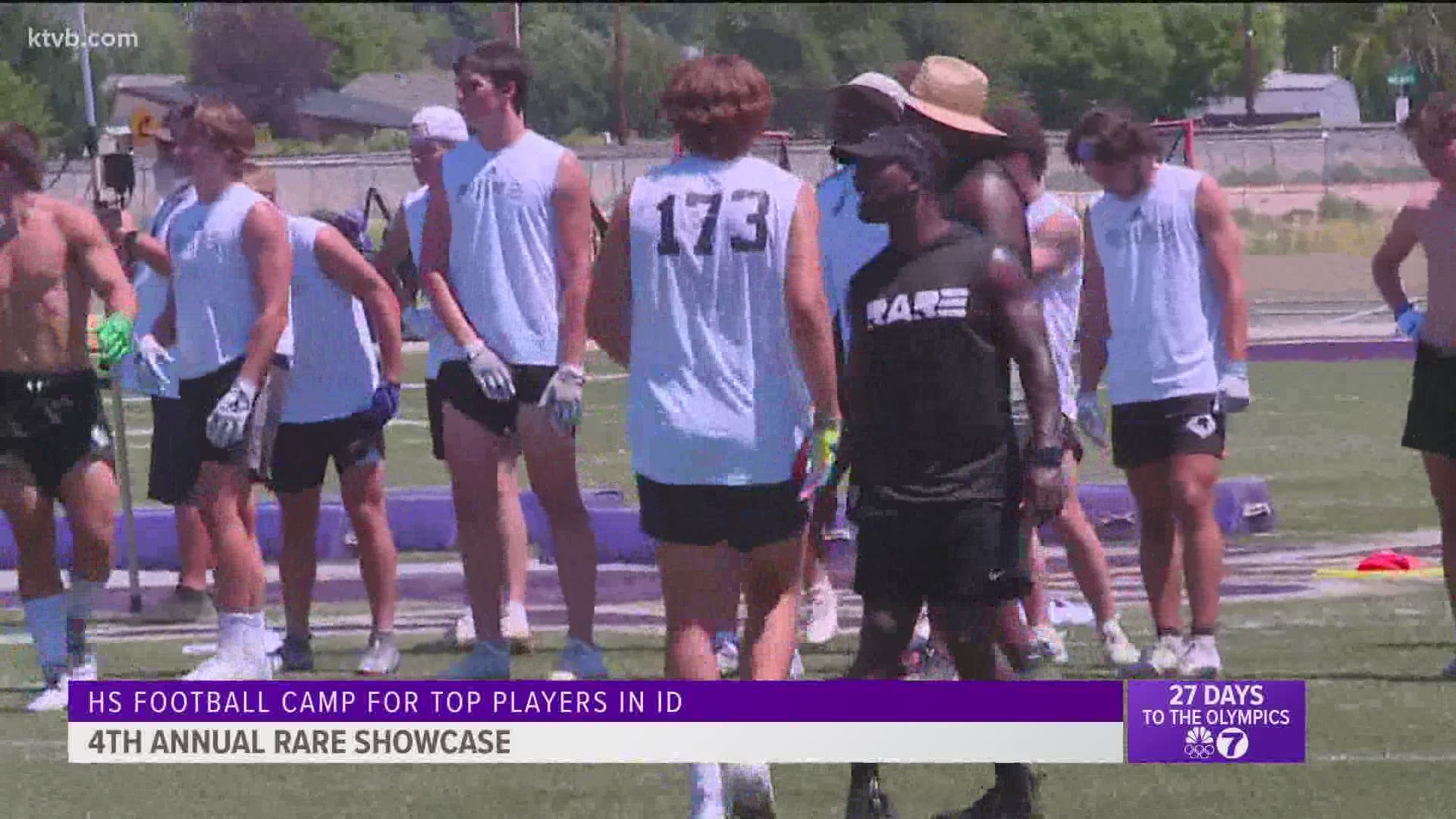 BOISE, Idaho — The fourth annual RARE Showcase was held this weekend in Caldwell and once again, the football camp for high school players around the state was a smashing success.

“Oh it’s great, RARE does such a great job and honestly I just thank God, being able to be out here," Meridian senior QB Malakai Martinez. "Everyone, since COVID, just to be able to compete with the best in the Treasure Valley, so it’s just a fun deal. Playing one on ones with everybody, seeing the top kids, it’s absolutely a great experience."

RARE director Juss Jackson said the program is designed to ensure young athletes get the exposure they deserve.

Jackson and his staff of several former Broncos, including Jaylon Henderson, Shane Williams-Rhodes, Kekoa Nawahine, Tyler Rausa and Armand Nance among others, have done a fantastic job of bringing more exposure to the Gem State with this camp, attracting college coaches from across the area.

“This is my goal, this is what I want for them. It’s something where, me as a coach, I like seeing guys fulfill their dreams," Jackson said. "A lot of coaches have won state championships, those are great. But for myself, that kid actually reaching his dreams of playing at the next level, it’s bigger for me. It hits more and I think that’s huge for a lot of these kids."

“We’re trying to build something for these guys to say around the nation, not just Idaho, 'That dude went to RARE,'" Jackson said. "RARE is a big thing and I think everybody representing RARE is representing Idaho."