When he's not throwing touchdown passes for the Falcons, Vallivue senior quarterback Lan Larison is competing for state titles in rodeo

The UC Davis commit is talented not only on the football field, but in the rodeo area as well. 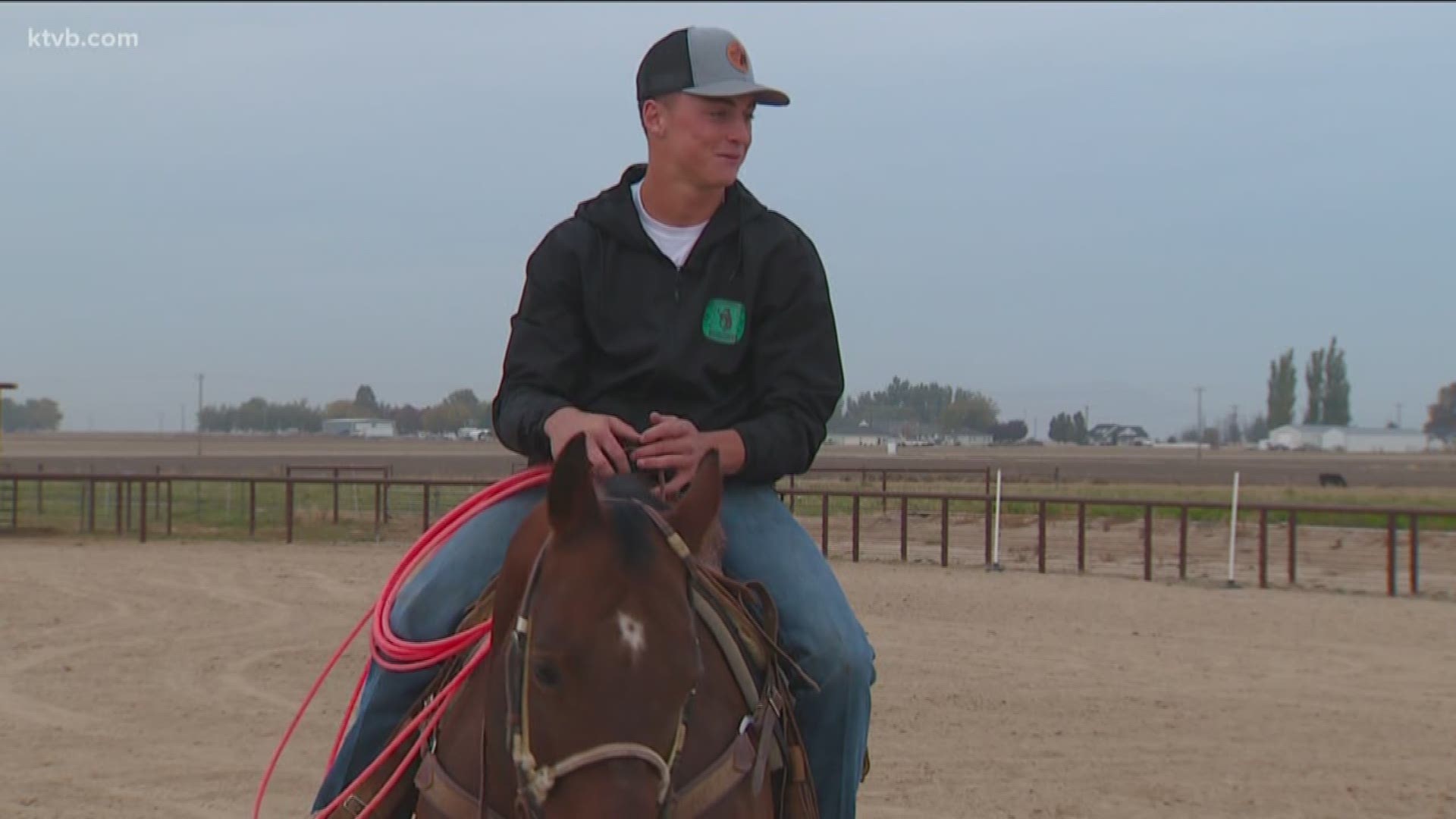 Last year's 4A state player of the year has rushed for just over 4,700 yards career yards, thrown for over 3,900 yards while collecting 102 touchdowns and counting as the Falcons starting quarterback the last four years.

"If it's not open or there, I just try to create space, create room and run," Larison said.

"I love watching Lan play," Larison's mom Jan said. "I love it when I see him cut and I know he's going to just be gone. I'm the crazy Mom in the stands."

For as good as the UC Davis commit is on the football field, the game of pigskin may not be Lan's best sport.

Over the summer, Larison earned a state championship in steer wrestling

"Steer wrestling and playing defense is kind of similar. You just have to go in there with a lot of intensity," Lan said.

Rodeo has been in the Larison family for as long as he can remember.

"I started as a kid, just going out, riding with my mom when I was a baby," Lan said.

"I grew up riding horses, and it was important to me, to be able to have my kids have that experience," Jan said.

Lan's older brother Ringo and older sister Rainy are both professional rodeo competitors, and Lan may be next in line after his football playing days are up.

So when he isn't tossing touchdown passes on Friday nights, you can often find him in the arena, practicing his second favorite sport.

"Rodeo is just awesome. It's another way to get out there competing and doing everything that I love to do," Lan said.

For Jan, it's a way to bond and spend time with her son.

"The horse time, that's our deal," Jan said. "Dad is the great football coach, and I love that he gets that it's just our thing. I think it's a great value, a great basis, and foundation."