Following a board meeting that lasted nearly four hours on Tuesday, the West Ada School District walked away inconclusive about what is next for athletics. 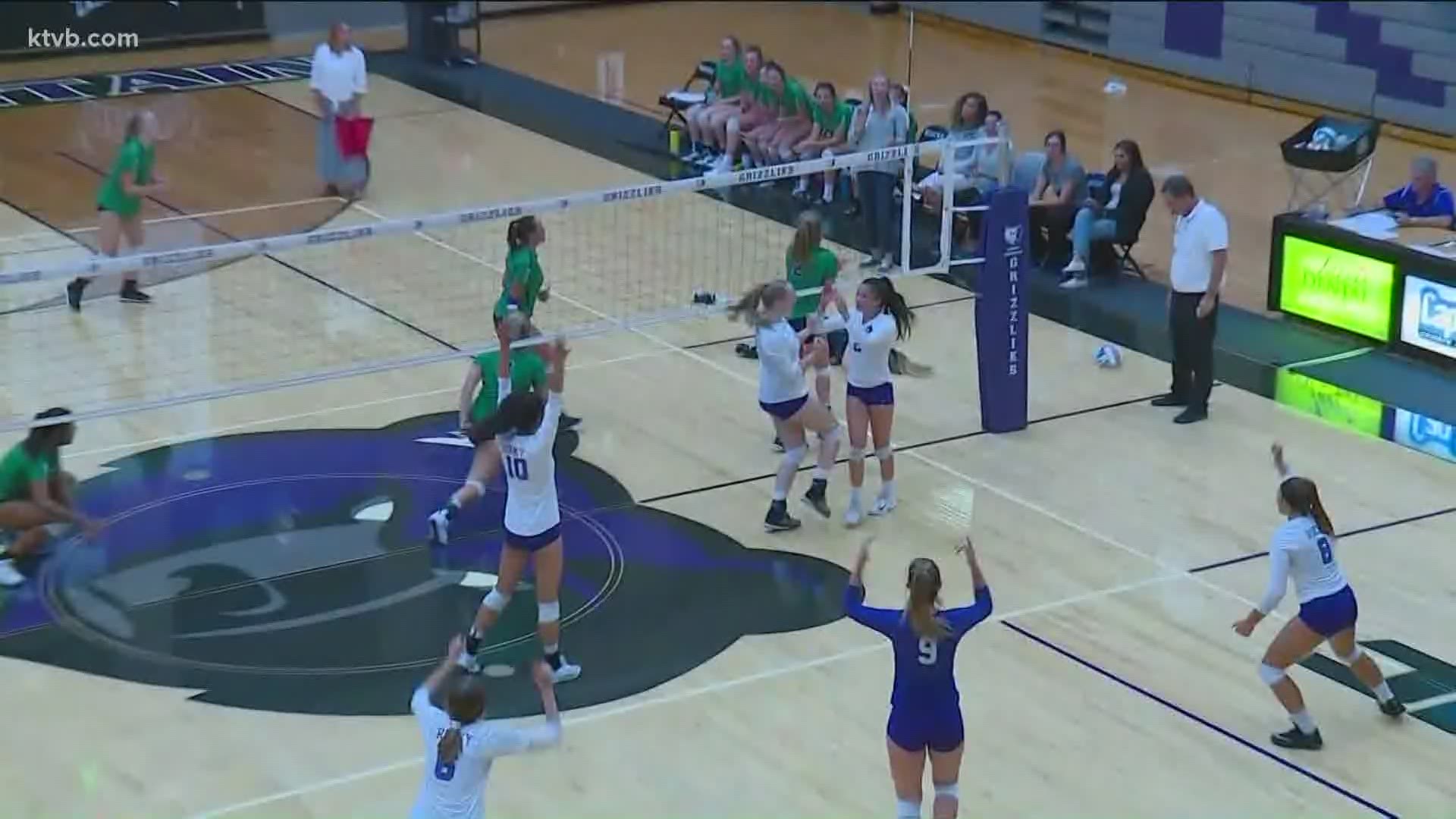 "We've been given so many blank pieces of paper and told to create something new," Warr told KTVB. "We just need to continue to be thorough and make people feel like they can be confident in what we're allowing our kids to do."

That appears to be easier said than done.

Following a board meeting that lasted nearly four hours on Tuesday, the West Ada School District walked away inconclusive about what is next for athletics and instead postponed their decision a week in hopes of gaining access to additional information.

In the meantime, West Ada will continue to follow the guidelines laid out by Central District Heath (CDH) in early August. With Ada County currently in Stage 3 of Idaho's reopening plan, organized team practices are permitted but playing games between two separate schools is not advised.

With an important decision looming on Tuesday, KTVB sports director Jay Tust spoke with Warr to address questions pertaining to their return to play efforts.

WERE THE PROTOCOLS IMPLEMENTED THIS SUMMER EFFECTIVE: “WE CO-EXISTED WITH A PANDEMIC.”

Approximately 2,600 kids went through summer programs in the West Ada School District, according to Warr. While a few cases of COVID-19 popped up, Warr said they successfully mitigated any transmission of the disease through symptom checks and contact tracing.

Given that experience, Warr is confident with the protocols they have in place.

"I do feel confident. We've got a great staff. We got great people involved and we have great kids," Warr told KTVB. "We've educated our kids, we've worked on physical distance, we've worked on sanitation measures, we've asked them to respect the space of others. With all that taken into consideration, we had some bumps, we dealt with COVID cases. But also, we didn't have spread in our programs. Basically we co-existed with a pandemic, which right now is what we have to do."

SHOULD ALL SPORTS RETURN AT THE SAME RATE: "WE CAN'T BUNDLE ALL OUR SPORTS TOGETHER."

Football continuously grabs headlines because it is a contact sport and efforts to play carry additional risks during a pandemic.

However, many other student-athletes have been affected by the postponement of fall sports.

Warr is hopeful that all sports will resume soon but also acknowledged that some sports could participate in competition before others if approved by the school board.

"I would love to see all our sports get back, but we can't bundle all our sports together," Warr said. "Our kids are out running for cross country and they're in open space. In volleyball you have spacing. We have sports that I believe we can do and we shouldn't have an issue, but I also believe that we should make every opportunity for every sport to complete a good plan, which we've done, to implement it and then deal with stuff on an individual basis.

"Right now I think what we're facing is that we've lumped everything together and it's kind of unfortunate for our kids."

IS IT FRUSTRATING THAT CDH HASN’T PRESENTED A SPECIFIC METRIC TO DETERMINE THE AMOUNT OF COMMUNITY SPREAD: "FOCUS ON WHAT YOU CAN CONTROL.”

CDH still has Ada County in the red category of community spread. As West Ada awaits a move to yellow, which could allow athletic competition between two schools, they aren't exactly sure what the tipping point will be.

CDH does not have a specific metric that determines the move, but officials are working to create them.

"What we've asked our kids, what we've asked our coaches, is to control the factors we can control. I can honestly say to you that we've dealt with COVID cases; family members, a few kids here and there that have had symptoms," Warr said. "We've asked people to focus on what you can control. They've worn their masks, they've done everything Central District Health has asked us to.

"My frustration, a little bit, is that we have told our kids that, and now we're to this point that there's outside factors that are determining whether we can play or not."

COULD WE GET TO A POINT WHERE YOU WOULD CONSIDER POSTPONING FALL SPORTS: "MIDDLE OF SEPTEMBER."

Warr is confident that fall sports will get a chance to compete in the near future.

However, if a final decision is not made and Ada County remains in the red category, then the school district may have to consider other options, including further postponement.

"Our kids, they're going and they're ready. So we take all of our focus right now to going week by week," Warr said. "If we get into the middle of September and we don't see a light at the end of the tunnel, then I think we need to figure out a different plan. But right now our focus is how do we give our kids the opportunity to participate in the fall of 2020."