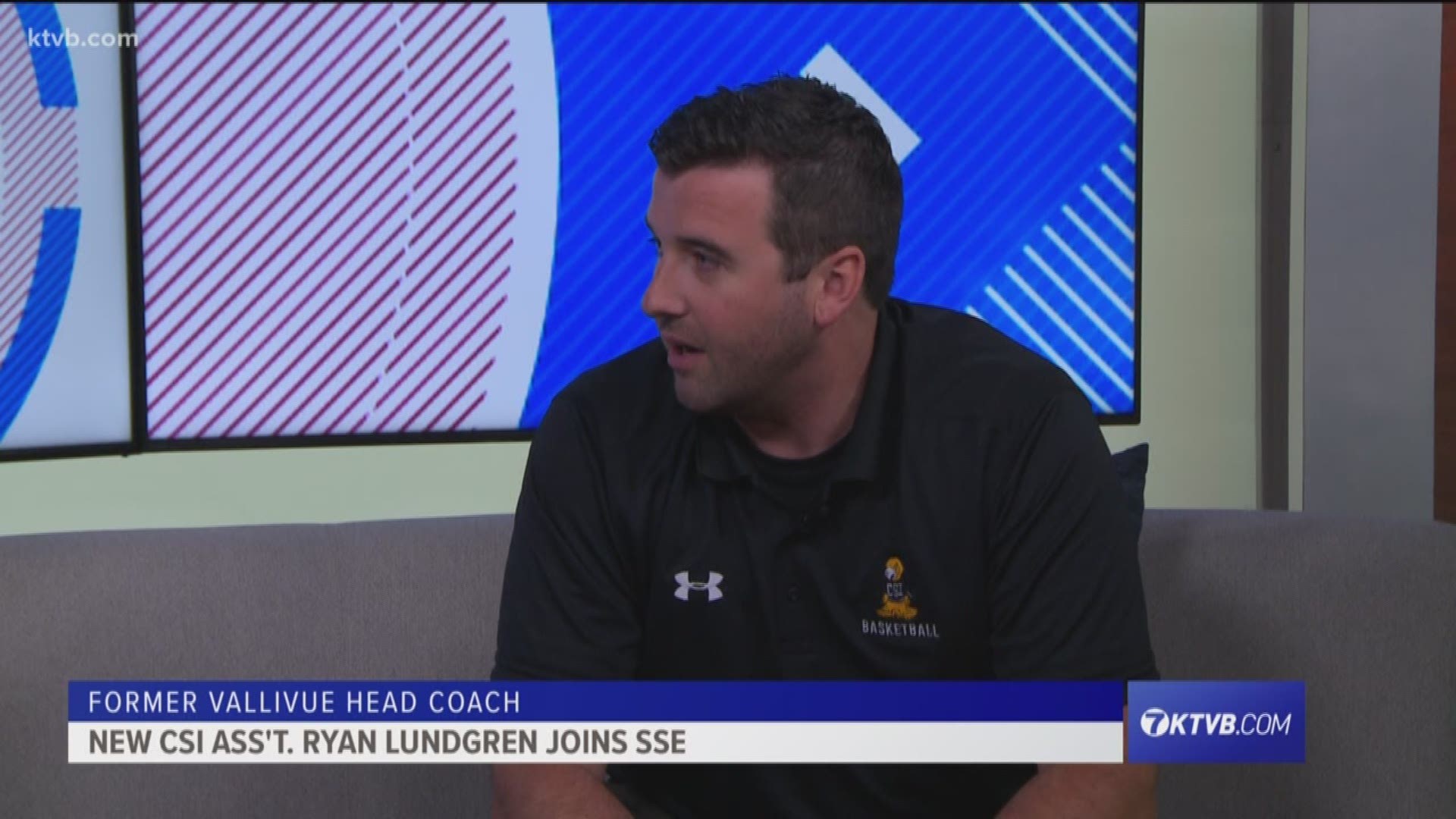 CALDWELL, Idaho — After four years as the head coach of the Vallivue High School boys varsity basketball team, Ryan Lundgren is stepping down.

Lungren, who led the Falcons to three-straight state tournament appearances, including a runner-up finish in 2017, will head to Twin Falls where he'll join the College of Southern Idaho men's basketball coaching staff as an assistant.

RELATED: From a troubled past to a bright future: how basketball saved Vallivue's Amoro Lado

Before coming to Vallivue, Lundgren was the director of player development for three years at Boise State under head coach Leon Rice.

“In my 20+ years of coaching at the college level, I have met few people that work as hard as Ryan," Rice told KTVB Sports Director Jay Tust. "Ryan will make a great assistant coach at the collegiate level, and I say this without any reservations. He is a natural leader with an infectious personality.”