"I know people who have got it before, and that was kind of a goal growing up," Kelsey Oyler said. "But I never thought that it would actually kind of be a reality." 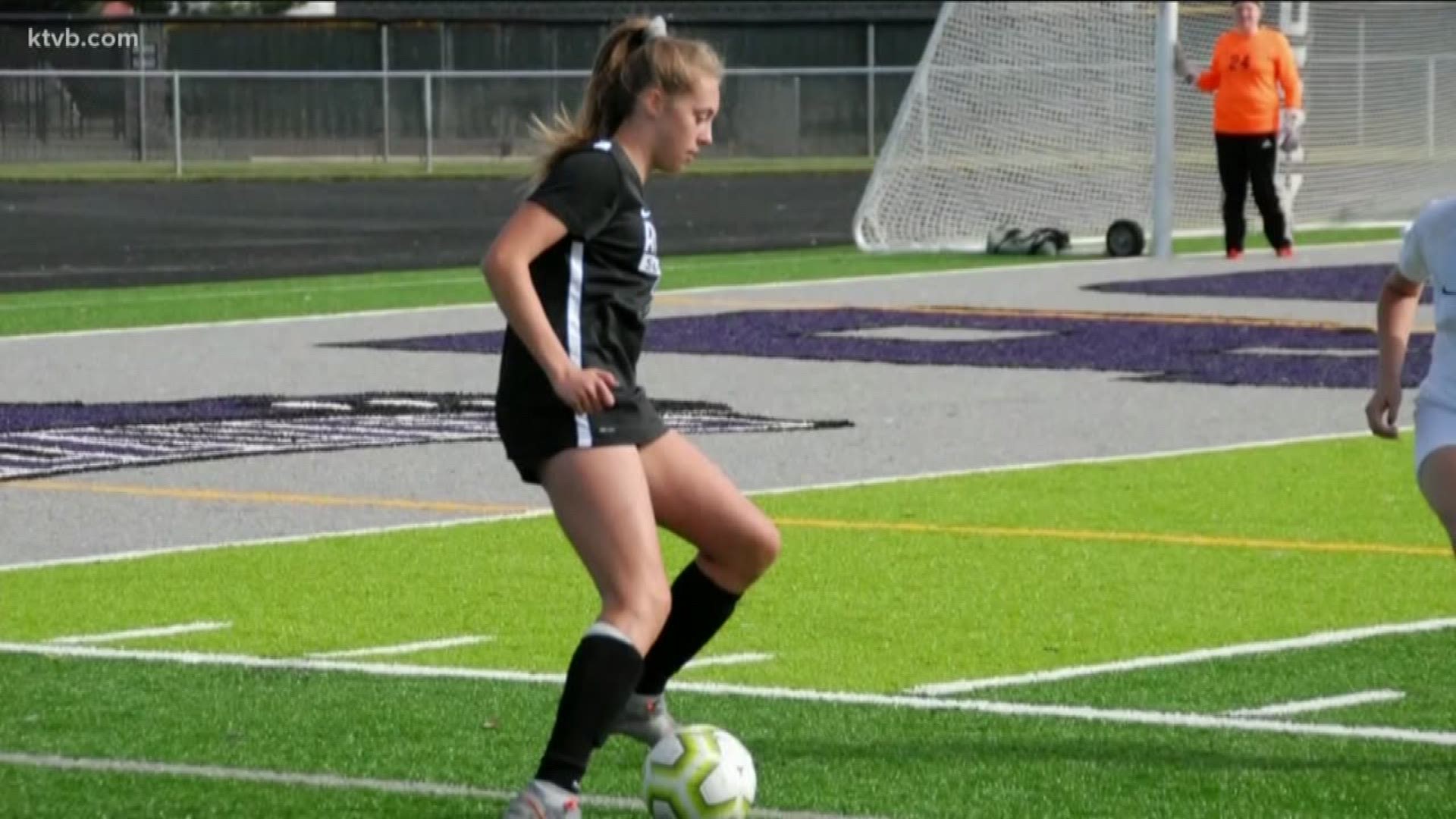 BOISE, Idaho — Gatorade Player of the Year - It's a title that Rocky Mountain High School soccer player Kelsey Oyler has had on her mind for a long time, even if it did not always seem attainable.

"Oh my gosh. I have grown up hearing about it. I know people who have got it before, and that was kind of a goal growing up," Oyler said. "But I never thought that it would actually kind of be a reality."

She left little doubt that she was more than deserving of the honor following her junior season last fall.

Oyler was the best player on the best 5A team in the state. The Grizzlies won their second straight state championship, as Oyler tallied up 18 goals and 27 assists. As a result, she finally earned the honor she has long chased.

So how did she do it?

"Years and years and years of practice playing," Oyler said. "I've been playing soccer since I was like, I want to say four. I don't know, it's just always been a passion of mine and I've just worked really hard."

RELATED: Rocky Mountain product reflects back on being drafted to the MLB

"Now that I'm there," she added, "this is crazy. My dream kind of came true. So it's amazing."

Speaking of amazing, Olyer still has an opportunity to add to her historic high school career. This fall she will be a senior on a team that returns 10 of 11 starters, and will be heavily favored to win their third consecutive 5A state championship.

"No pressure at all," she laughed. "I try to not even think about it."

One thing that Oyler won't have to worry about is an opportunity to play at the next level. Oyler received a scholarship offer from Gonzaga University and verbally committed to play there as a sophomore.

"Everything about it just fit perfectly," Oyler explained. "It checked all my boxes for college."

"I like the location of it. It's on the West Coast. I like how it's a smaller school so class sizes aren't as big. And they obviously really good soccer program there. I went there when I did my camps and stuff and just fell in love with the coaches, fell in love with the girls on the team, their dynamic. I just didn't have any reason why not to go there, it's just been awesome."