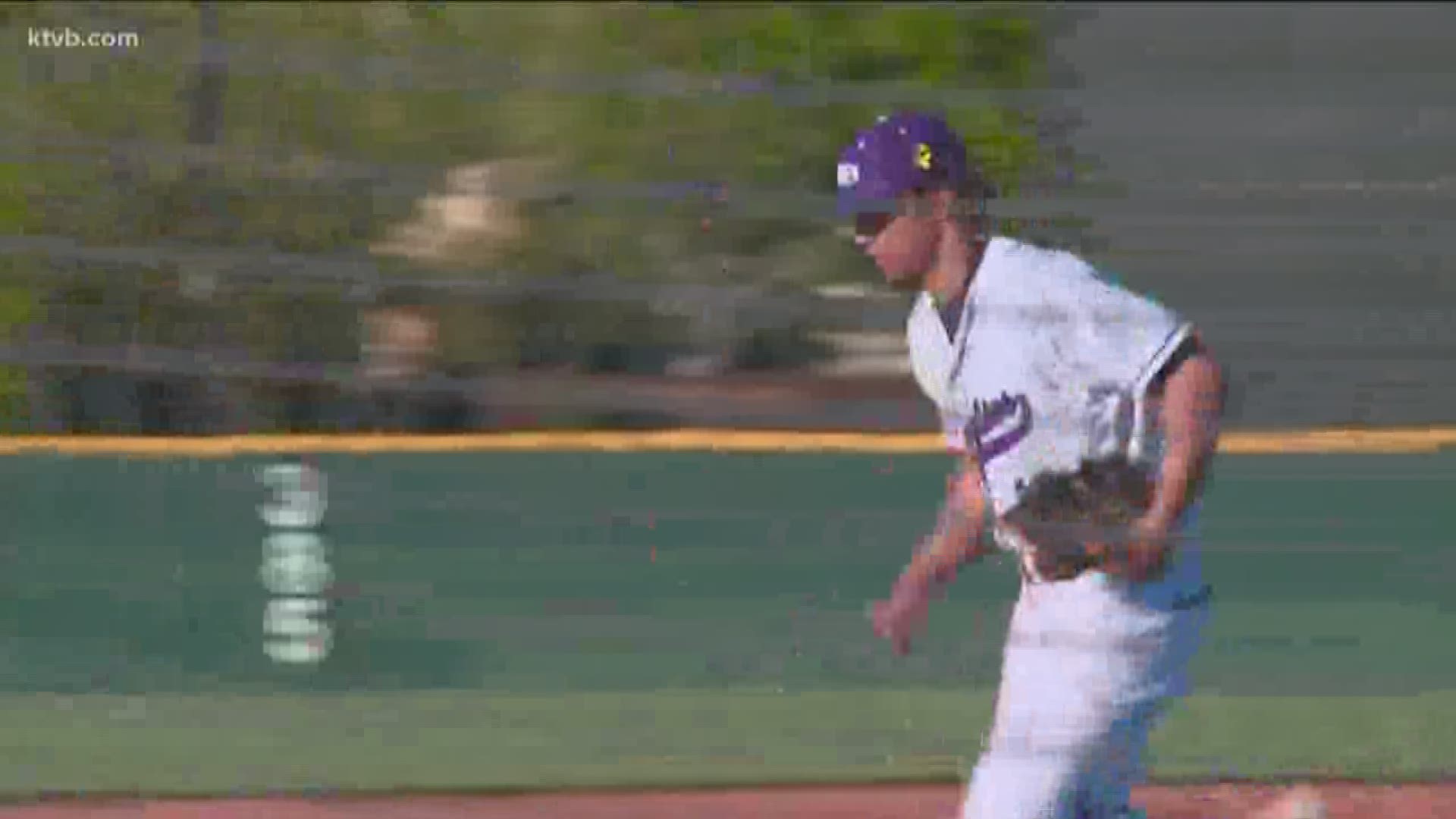 MERIDIAN, Idaho — For the second year in a row, Rocky Mountain senior Gabe Hughes has been named the Idaho Gatorade baseball player of the year.

The 6'5, 220-pound pitcher and infielder led the Grizzlies (20-8) to a third-place finish in the 5A state tournament earlier this month.

"Gabe Hughes is the most complete high school player I have ever coached," Rocky Mountain head coach Joey Santa Maria said in a press release. "His ability to change the game on the mound and at the plate make him a dual threat."

"His leadership and consistency over the past years have been a great strength that have led to individual and team success," Santa Maria said.

In the classroom, he has maintained a 4.15 GPA and will play baseball at Gonzaga University beginning this fall.

Prior to that, the last player to win back-to-back Gatorade Player of the Year awards was former Timberline High School pitcher Parker Price (2014-2015 and 2015-2016).