The play was shown on the "You Got Mossed" segment during "Monday Night Countdown," and was sandwiched between a pair of NFL plays. 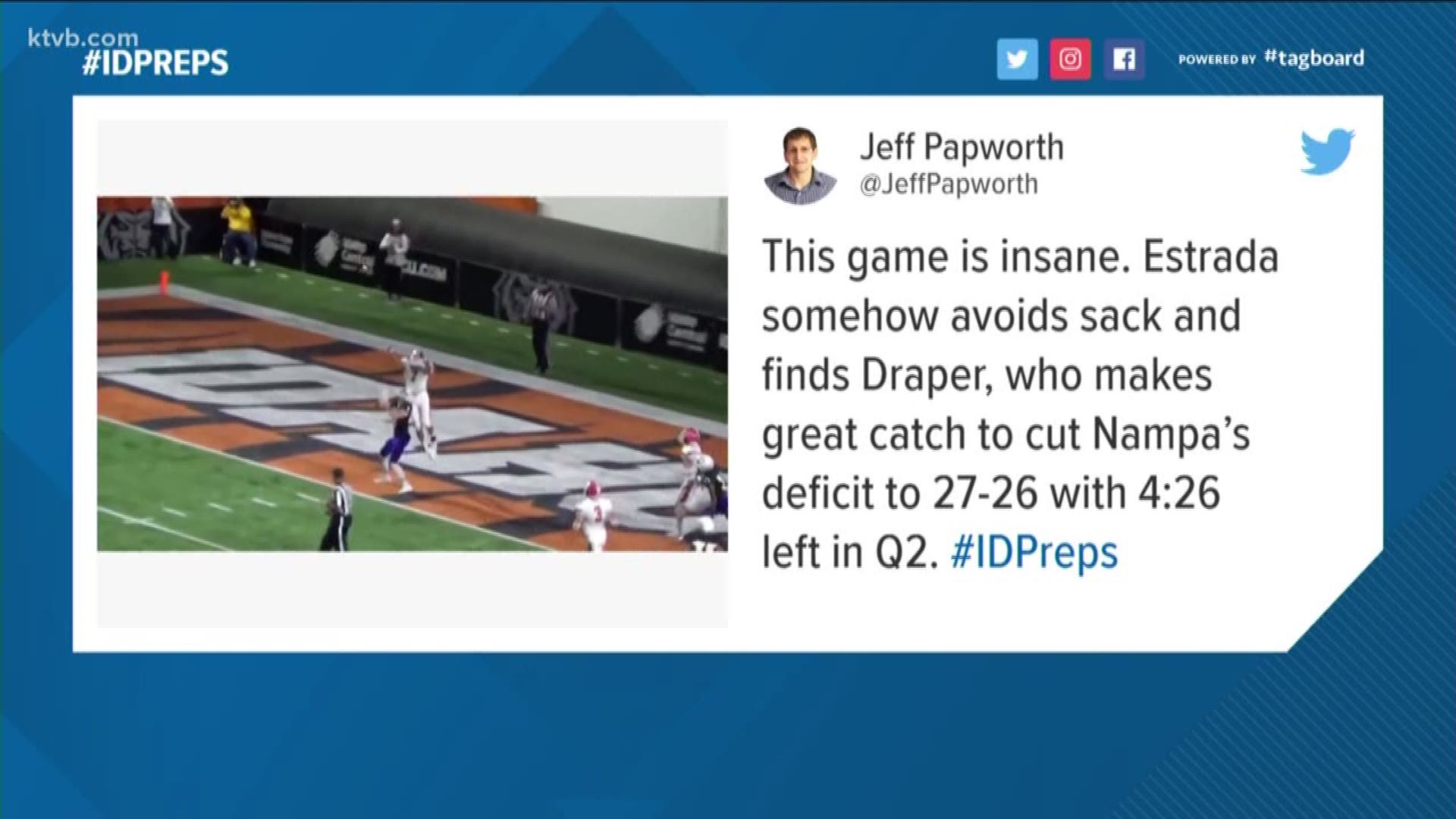 POCATELLO, Idaho — A Nampa High School football player is getting a lot of love from ESPN after he made an incredible touchdown catch during a playoff game in Pocatello on Friday.

Receiver Braden Draper leaped above a defender to pull in the pass from quarterback Donavan Estrada in the second quarter of the first-round game against Century High.

Credit for the play also goes to Estrada, who had to scramble and escape several pursuing defenders before launching the pass to Draper.

Video of the improbable catch was featured on ESPN's "You Got Mossed" segment during "Monday Night Countdown," and was sandwiched between a pair of NFL plays.

The segment is hosted by former NFL wide receiver Randy Moss, who is well-known for making amazing catches during his years in the league.

Nampa went on to win the game 55-48, and will take on Bishop Kelly this Friday in the 4A quarterfinals.