18 Treasure Valley high school basketball programs from the 5A & 4A Southern Idaho Conference are teaming up this week to raise money and awareness for cancer patients. 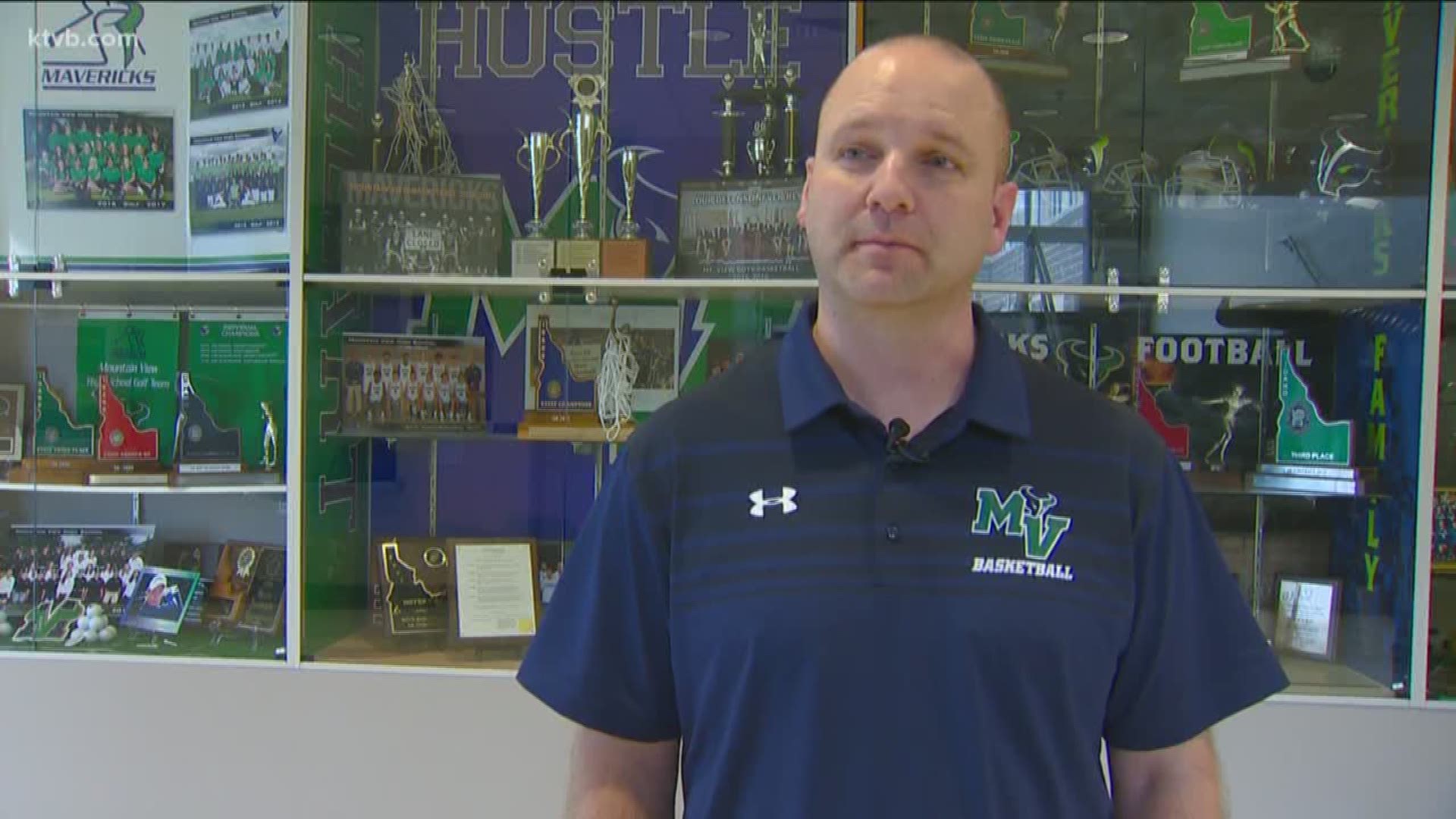 MERIDIAN, Idaho — Beginning Tuesday, basketball teams from the 5A and 4A Southern Idaho Conference will continue to be foes on the court, but teammates after the final whistle blows for the annual 'Coaches vs. Cancer' fundraiser.

The week-long event has been a staple in the Treasure Valley for the last four years.

"It's not maybe that we're bringing awareness to it, cause I think everybody is aware of it, but we're trying to help those that are going through it with different ways in which to raise money," Mountain View boys basketball head coach, Jon Nettleton said.

Each team selects a cause they want to advocate for.

Helene Peterson with Make-A-Wish Idaho says the boys both suffer from a progressive muscle disease.

"What that disease does is it creates a lot of respiratory issues, and a lot of muscle weakness," Peterson said.

All money raised will go towards granting their two wishes: a backyard play set and a trip to Disney World with their family.

"We're so excited to be, with the help of schools like Mountain View and schools all across the state to be able to support Liam and Easton's wishes," Peterson said.

"For me personally, it means a lot," Nettleton said. "My nephew was diagnosed with kidney cancer four years ago and that's when I kind of got started doing this."

"I also have a former high school coach of mine has gone through cancer, so I think everybody has probably been affected by it somehow, maybe not directly within your immediate family, but there's somebody you know that has gone through it," he added.

The Mavericks take on rival Meridian Tuesday night at 7 p.m. at home.

Fans are encouraged to bring change and cash to put into donation buckets that will be located throughout the gymnasium.

If you can't make it to the game, you can make a donation online.

The 'Coaches vs. Cancer' fundraiser runs through Saturday, Jan. 26.

*A previous version of this article stated 'Coaches vs. Cancer' is sponsored by the American Cancer Society. That organization sponsors only the collegiate level fundraiser, not at the high school level.