'Coaches vs. Cancer' is personal for Bishop Kelly head coach 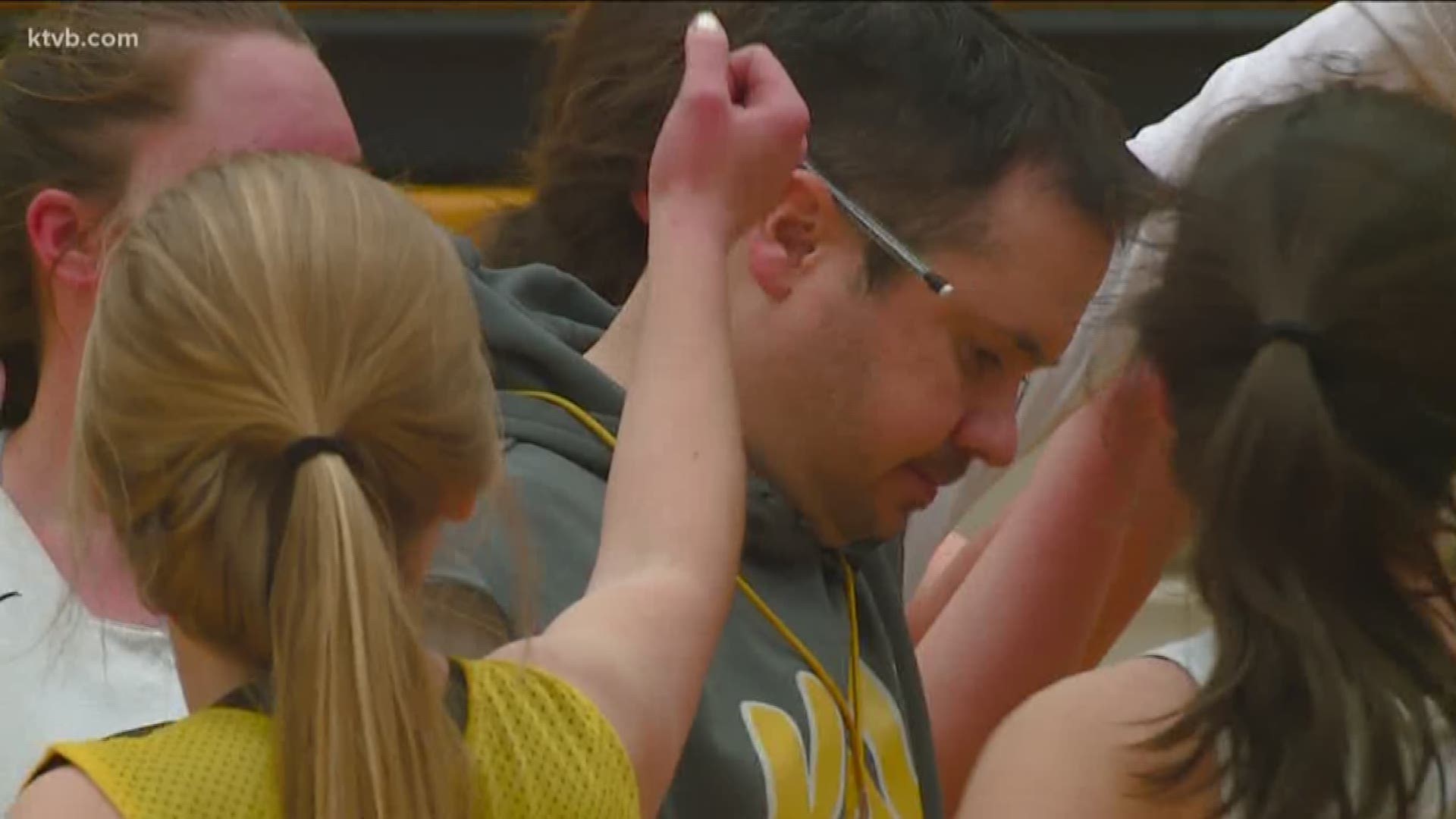 Nearly three years later, after dozens of hospital stays and a bone marrow transplant, McCormick is back on the court.

Since then, 'Coaches vs. Cancer' has become personal.

"Obviously I didn't think about it before," he said.

For the last three seasons, the Knights have made it their mission to turn the week-long event into a fundraiser for St. Luke's Mountain States Tumor Institute (MSTI), a place McCormick spent so much of his time during treatments.

So it was only natural for him, and the Knights, to use this week to give back to the place that helped him recover.

"As a coach, I had cancer and I teach at a school where I love working with kids, so it's just a good fit to give back to the community," McCormick said.

MORE: Schools put aside rivalry to aide teacher with cancer

This year, the team has already raised nearly $3,200 for MSTI through the sale of 460 specially-made pink t-shirts.

"I think it means more to do something like this than to get a few wins," McCormick said. "It sounds kind of funny but at the end of the day you really feel fulfilled in terms of like, you're going to be able to help people who are going through a really bad time and if we can just alleviate just some of that anxiety, it can help them heal so much quicker.

"I think it does an even better job for our kids because it shows that they can do something small, but it turns out to be big for someone else," he added.

The Knights have donated nearly $9,200 to MSTI in the last three years.

"That's one of the things I'm most proud about in my 12 years here, is that amount of money we've been able to give because I know how much relief that can give to a family and to an organization like St. Luke's and MSTI," McCormick said.