Plus, follow along with scores from across southern Idaho during week five of the prep football season with our live blog. 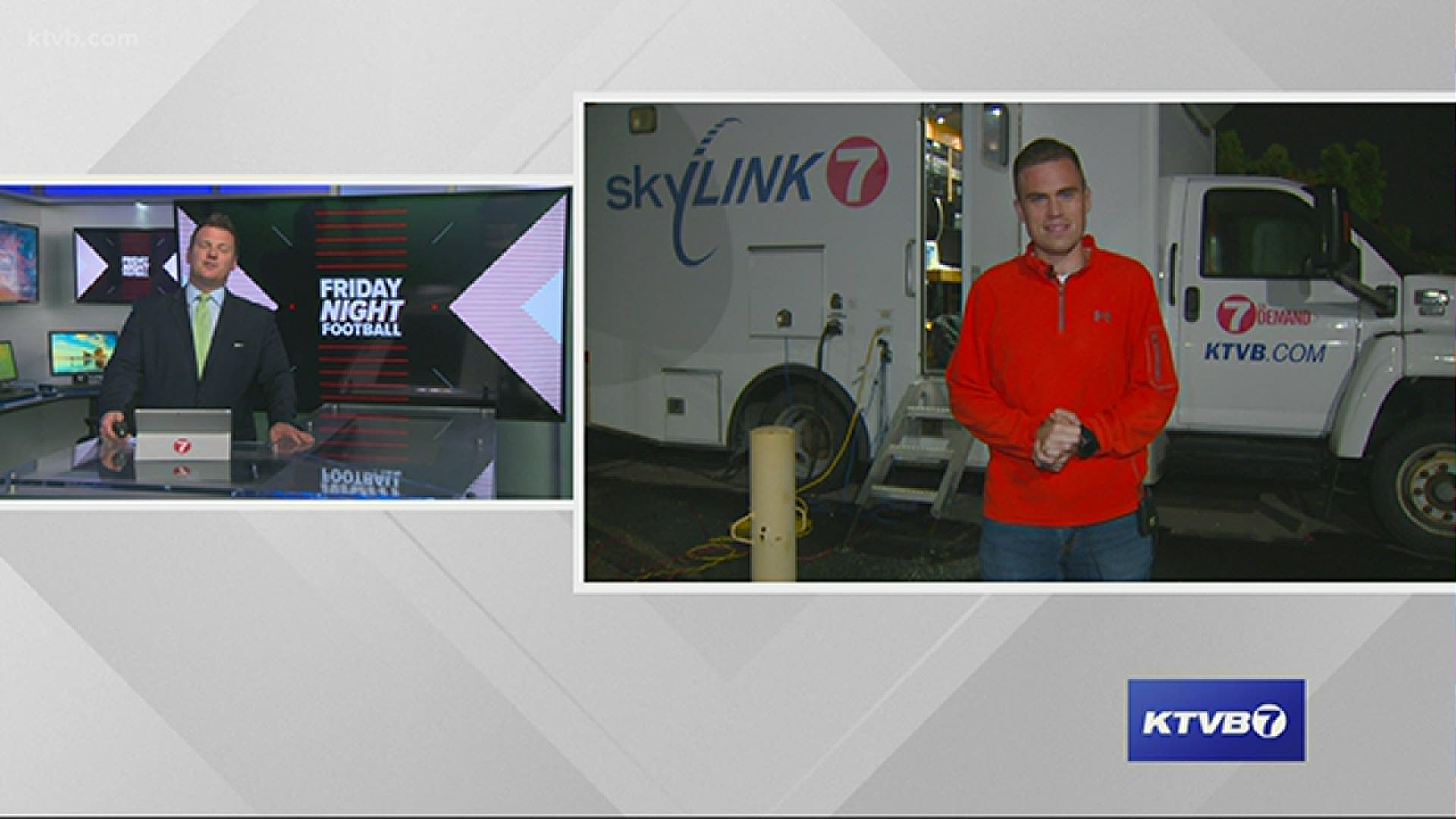 BOISE, Idaho — For the first time this season, all high school varsity football teams are back on the field. Last week, Boise Schools joined the competition after getting approval from their school board to play a week earlier.

Tonight, Capital High School, which had a bye last week, becomes the final team in Idaho to officially start their 2020 season.

The Warriors are on a bye in week five, but there are still several storylines and matchups to follow.

In 4A, Nampa heads to Emmett, where the 3-0 Huskies found themselves making headlines this week after their head coach Rich Hargitt apologized for having Weiser's playbook and not reporting it.

One day later, Fruitland head coach Ryan Tracy was fined and suspended after an investigation found he texted those plays to Hargitt before the Huskies' game against Weiser on September 4.

Fruitland quarterback Luke Baringa scored two touchdowns, the final scoring putting the Grizzlies ahead 18-7 with 4:59 to go in the third quarter.

Weiser quarterback Brett Spencer pulled the Wolverines within the final margin on a 3-yard touchdown run in the fourth quarter.

Fruitland regained the lead for good at 12-7 just before halftime.

The Grizzlies rushed for 212 yards, led by Dylan Stelling's 57.

Spencer rushed for 88 yards and passes for 101.

Homedale 33, McCall-Donnelly 12: The Trojans (2-1) scored two touchdowns in the third quarter to pull away from the visiting Vandals (1-2) in an SRV opener.

Hayden Kincheloe had 297 yards rushing on 35 attempts and three touchdowns to lead the Trojans. Homedale finished with 478 yards total offense.

The Vikings, behind quarterback Ky McClure, passes for 255 yards and three touchdowns while they combined to rush for 254 yards and four touchdowns.

Middleton led 20-13 at halftime before two scores in the third quarter gave the Vikings a cushion.

Woodland also had seven tackles and an interception and Kieran Miraz had eight tackles.

Payette 31, Parma 28: Martin Ceballos kicked a field goal as time expired, lifting the Pirates (3-1) to a wild win over the Panthers (0-5) in an SRV opener.

Quarterback Casey Cope had four touchdowns passing and two touchdowns rushing to lead Vallivue. he was 7-of-9 passing for 148 yards and rushed for 69 yards.