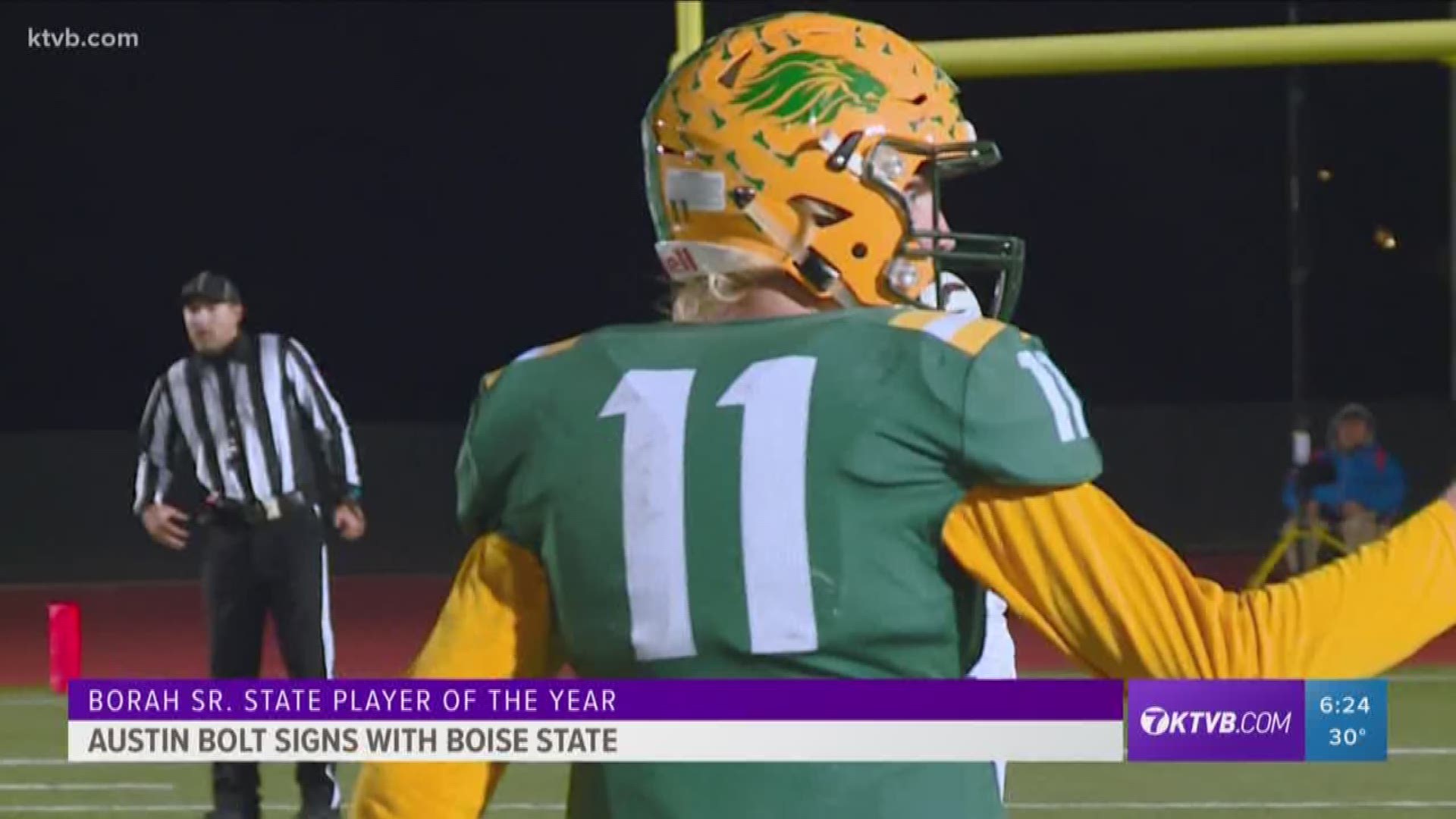 BOISE, Idaho — With offers from more than half a dozen schools, Broah's Austin Bolt has decided to stay home and play for the Broncos.

"I've been to Boise State games since I was five, so I mean finally signing and being able to live my dream by playing on The Blue is kind of a big deal," Bolt said. "Even my room is painted blue and orange with blue and orange stickers all over it. I think it's been a sign since I painted my room."

Bolt, who plays quarterback and safety, among other positions, completed 68% of his passes for 1,380 yards and 10 touchdowns while recording 62 tackles and four interceptions on defense.

The Idaho Gatorade Football Player of the Year rushed for 1,391 yards and 26 touchdowns on 246 carries this past season.

He fielded offers from Utah State, UNLV, Idaho State, University of Idaho, Montana, and Montana State, but took only one official visit.

In the last week, Bolt said Wisconsin and Texas Tech began talking with him but asked him to wait until the February signing period to commit.

"They all told me to wait for the next signing period, but I was just kind of done with all of that. It felt like it was the right time to sign with Boise State."

Bolt says he plans to enroll this summer and play tight end for the Broncos.

"I feel like that's my best position," Bolt said. "I'm fast enough to outrun any linebackers and I'm big enough to catch any corners, so I feel like it is an ideal situation for me." 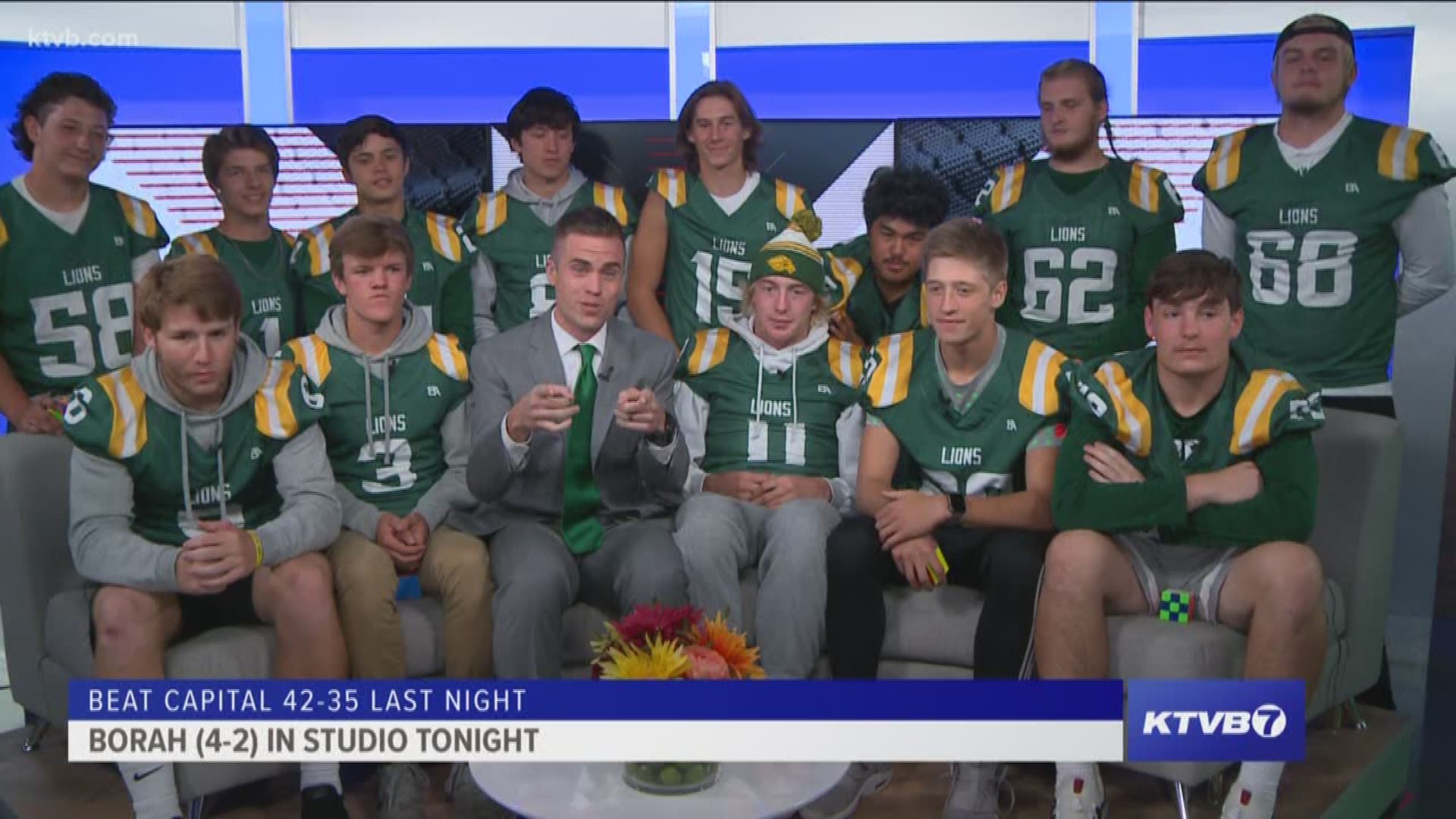 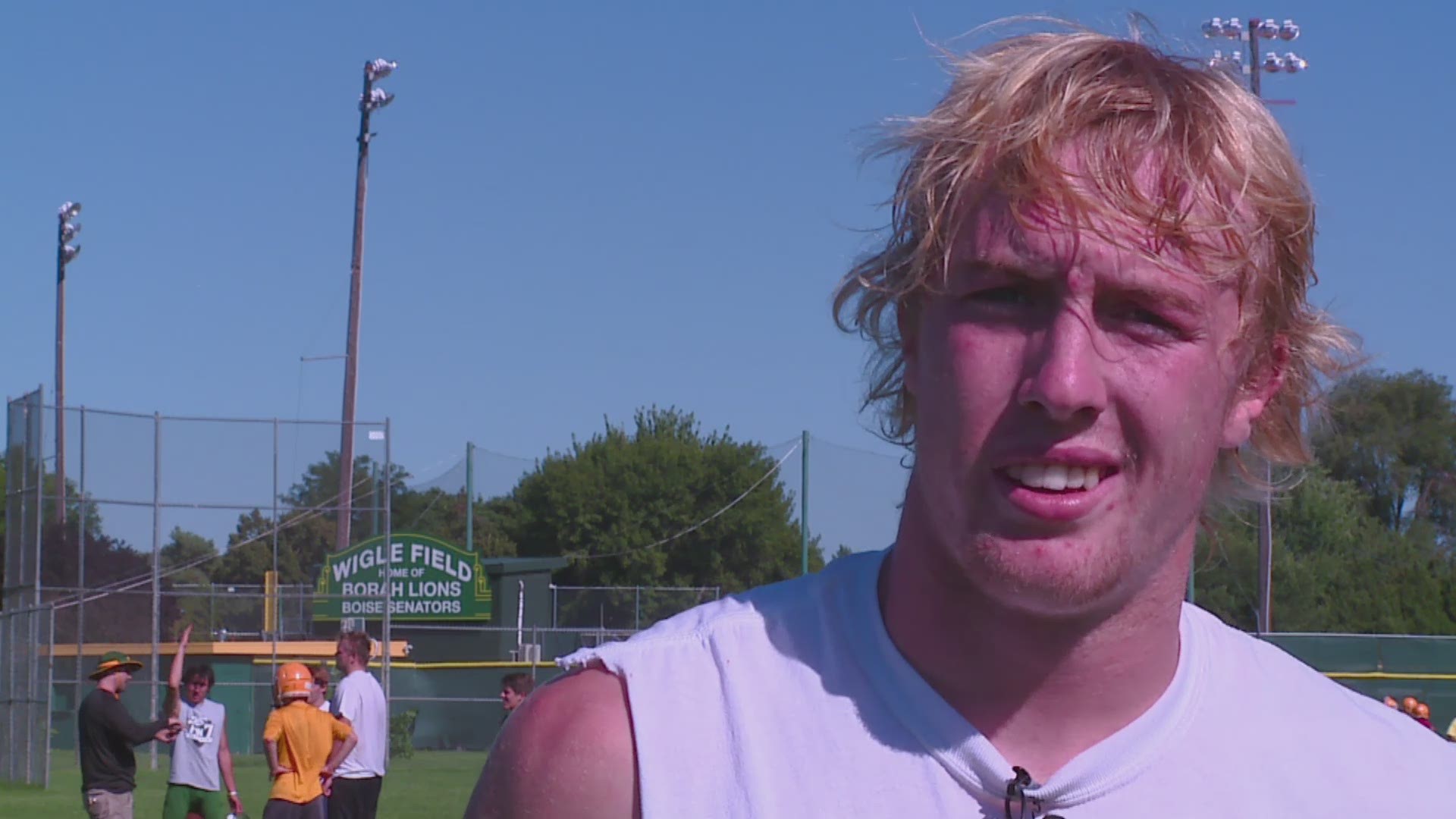