It's TJ Oshie's birthday. To celebrate, here are our 33 favorite moments of #Oshbabe

The Capitals right-winger and DC icon turns another year older. For his 33rd birthday, we found our top 33 favorite #Oshbabe moments. 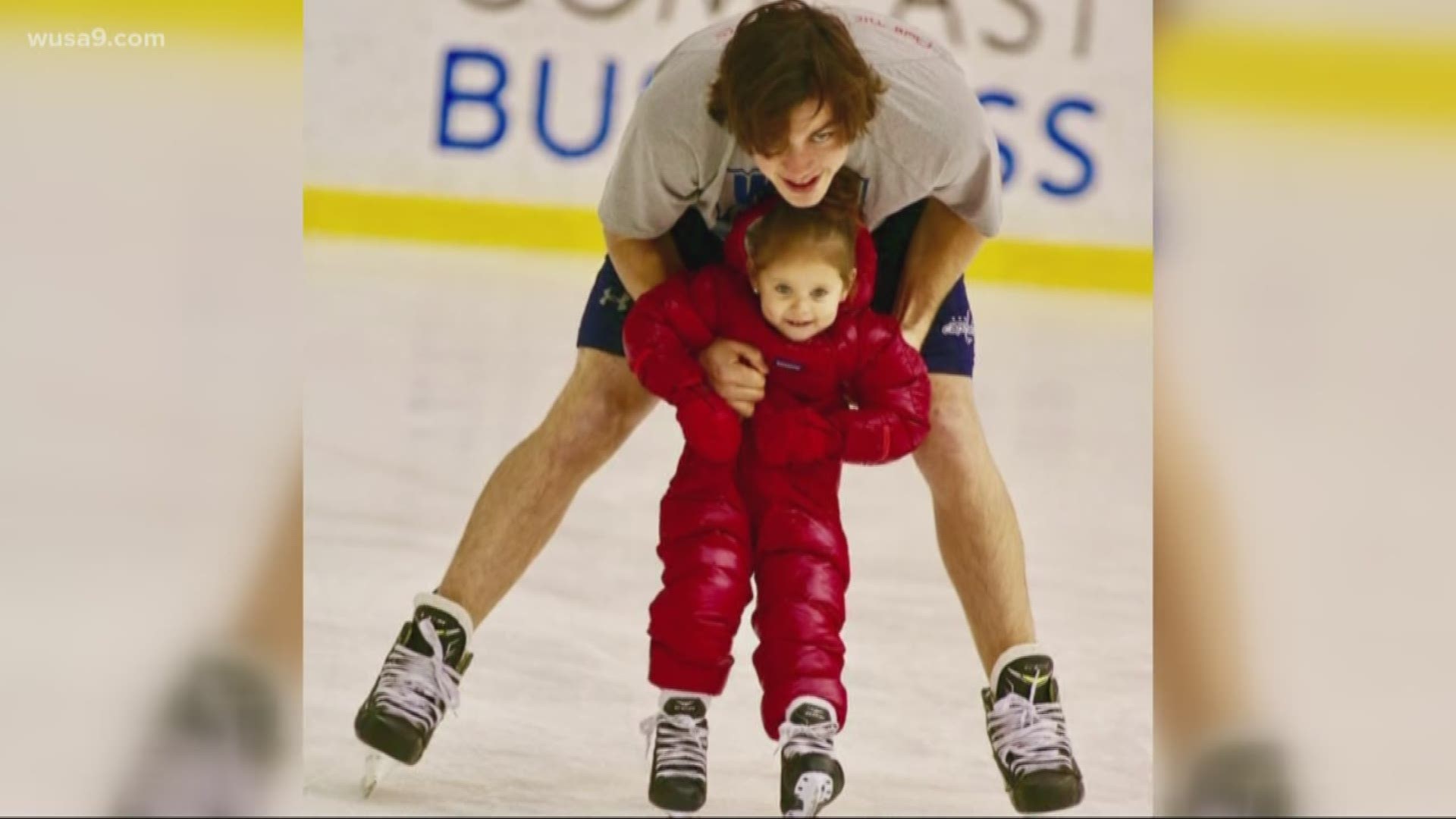 WASHINGTON — Someone grab a beer and a Caps jersey, because it's our favorite right-winger's birthday. Happy birthday Timothy Leif -- I mean T.J. -- Oshie!

Oshie, who signed with the Caps in 2015, has left a huge impact on the franchise and throughout the DMV. And while Caps fans haven't had him in the District for all 33 years, we feel lucky enough to have him for the last five. To celebrate our gratitude and his birthday, we rounded up some of our favorite moments of #77, in no particular order:

2) Because you're a great dad to Lyla and Leni, and soon to be a third.

3) And for being a great pup-father to Charlie, too.

4) Speaking of pups, Captain sure does seem to love you as well.

5) For always giving us fans something to cheer for, and we mean cheer.

Credit: AP
Fans holds signs up in support of Washington Capitals' T.J. Oshie who is injured during the second period of Game 5 of an NHL hockey first-round playoff series against the Carolina Hurricanes, Saturday, April 20, 2019, in Washington. (AP Photo/Nick Wass)

6) For rallying the DMV during the Caps victory parade back in June 2018. 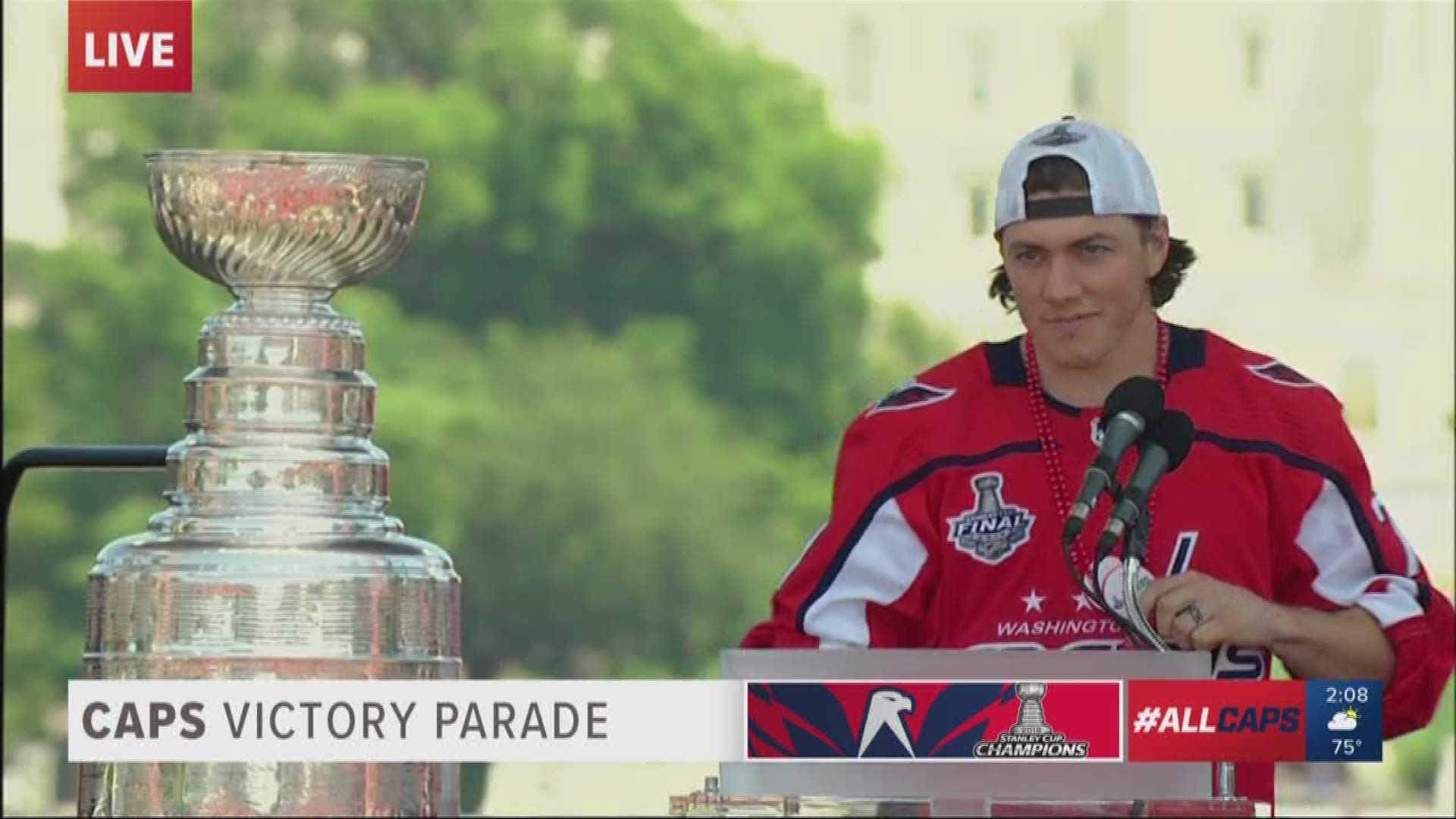 7) ... and then promptly delivering us this gem of a moment:

8) For game day faces that are beyond meme-worthy.

9) Because you aren't afraid to ride the Metro and be one of *us*.

11) From Hockey Fights Cancer to #CakeItLikeAKid, we're thankful for your ability to give back to the community (and take a cake to the face like a champ!)

12) Your in-game focus and determination to win. (116 goals and counting for the Caps, we might add!)

13) Because seeing you raise that Stanley Cup made all of us a little emotional, and because without you we couldn't have done it.

14) Your goal celebrations are well, #goals.  And Capital One Arena loves to see them.

15) Speaking of #goals, we have to give it up for you and Lauren.

16) For signing all the pucks we throw your way...

18... and all the other game day posters and merch.

19) How well your relationship with the #GR8 has blossomed over the years.

20) ... and your budding bromance with Jakub Vrana that makes bench talk entertaining.

21) .... and because it wouldn't be a Caps night without your pre-game Tom Wilson sheningans.

22)  The day the Capitals announced on Twitter that we got you from the St. Louis Blues (we remember July 12, 2015 like it was yesterday!) left us smiling almost this big:

23) But your 2009 signing picture with the St.Louis Blues is equally as precious.

24) Your media day fashion gives men of the District something to strive for.

25) Because when you said "Let's get tattoos!" to Holtby after the Cup win, you really meant it.  And you went to a D.C. Tattoo shop to do it!

Credit: Ellen Arantes/@lnrnts
TJ Oshie gets a tattoo at Tattoo Paradise in DC.

26) Because homeboy knows how to slug.

27) And because we love to watch you get into it. (Especially if it's against the Penguins.)

30) For the bond between you and your father, and that post-Stanley win speech for him. 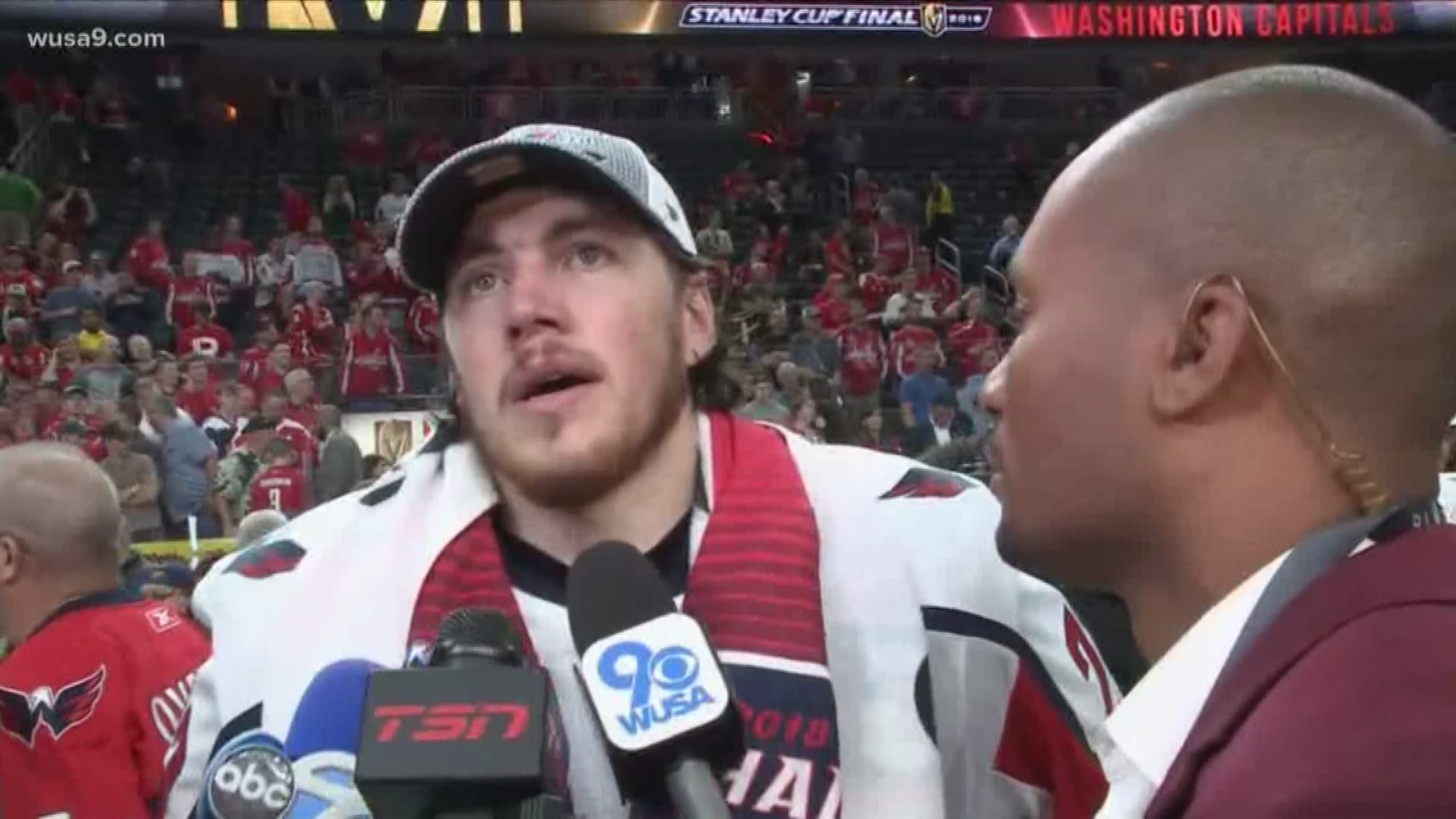