Catching up with Hank Bachmeier, our first chance to speak with the Boise State quarterback

The true freshman gave us his assessment of the season as the Broncos prepare to take on Wyoming on the blue Saturday night. 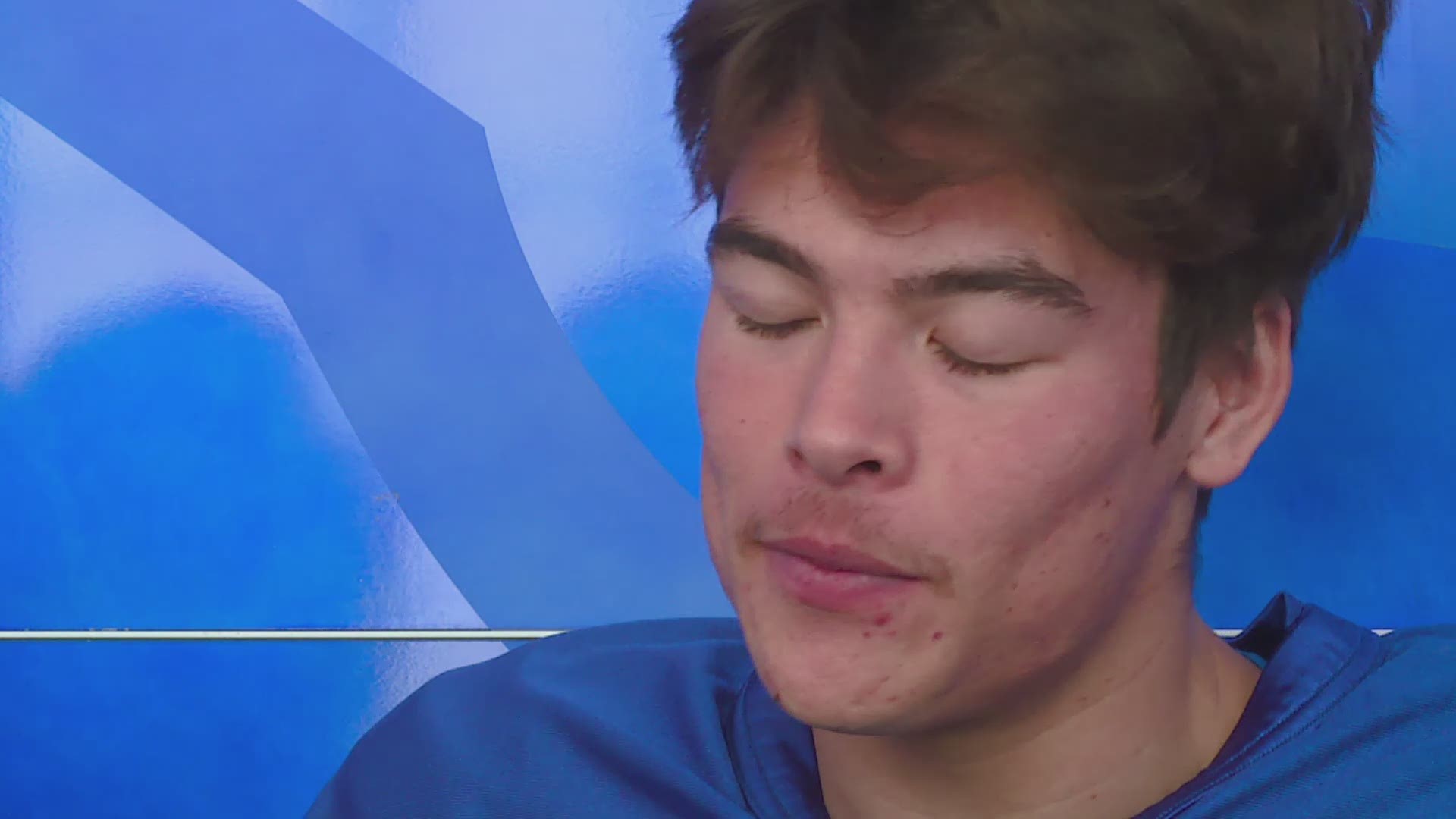 BOISE, Idaho — The Boise State football team will be back on the blue this Saturday night to take on the Wyoming Cowboys in Mountain Division matchup.

The Broncos are coming off a big win at San Jose State, using a powerful running game to take down the Spartans 52-42 to remain unbeaten in conference play.

If the Broncos win out, they would host the Mountain West Conference Championship Game at Albertsons Stadium on Dec. 7.

The Broncos are led by true freshman quarterback Hank Bachmeier, who is the program's first true freshman to start at QB in a season opener since Boise State moved to the FBS in 1996.

Bachmeier is undefeated as the starting QB, with the Broncos going 7-0. The lone loss came at BYU (28-25) on Oct. 16. Bachmeier sat out the game with a hip injury.

So far, he's thrown for 1,760 yards, 9 touchdown and 4 interceptions this season, and earned Freshman All-American midseason honors from the Football Writers of America (FWAA).

We had our first chance on Tuesday to speak with Bachmeier since he arrived on the Boise State campus last January. He gave us his assessment of the season, so far. Click on the video with this story to see the full interview.