Bates and Williams hearing their names called marks 12 straight years in which at least one Boise State alumnus has been drafted. 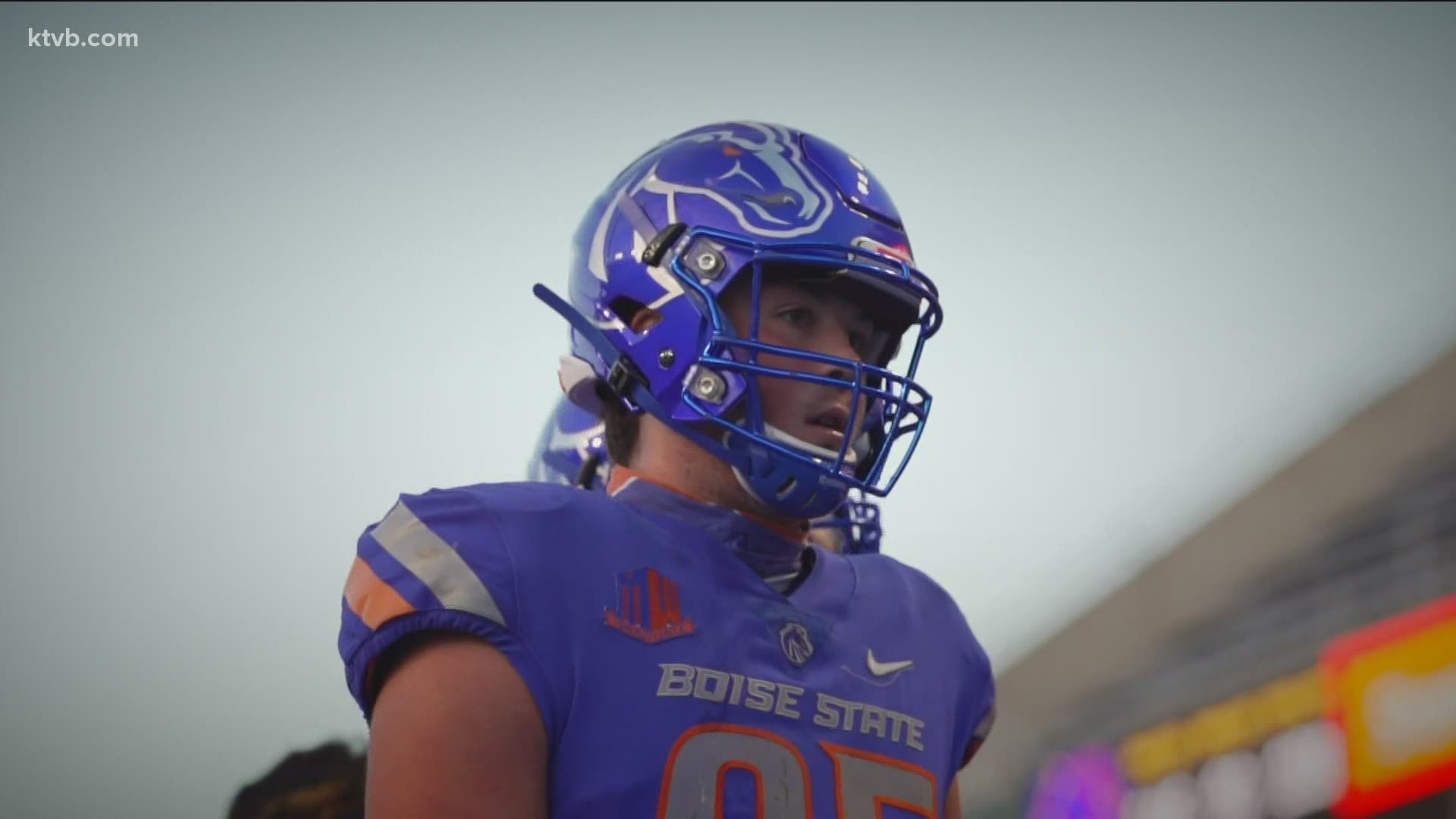 John Bates was the first Bronco off the board. The Washington Football Team selected the 6-foot-6, 255-pound tight end in the fourth round with the 124th overall pick.

"I had nerves all day. [It felt] like pregame jitters. As soon as it happened I started shaking out of excitement," Bates recalled. "And the rest is history."

Leading up to the draft, Washington expressed a significant amount of interest in drafting Bates. Head coach Ron Rivera even phoned Bates for an exclusive chat earlier in the week. They talked about football and life.

The conversation was obviously a success because Rivera called Bates again on Saturday.

"When I looked down [at my phone] it didn't have a name, it just said 'Virginia,'" Bates explained at getting drafted. "I knew that Washington was interested and they were a couple of picks away."

Washington head coach Ron Rivera calling #BoiseState tight end John Bates to let him know they were about to draft him... pic.twitter.com/g2Udsf3HIA

Bates immediately becomes the highest-drafted Broncos tight end in program history. He's also the first Boise State alumnus drafted at his specific position since the Buffalo Bills selected Derek Schouman in the seventh round of the 2007 NFL Draft.

Approximately 90 minutes after that pick was announced, a second former Bronco was picked, when the Atlanta Falcons grabbed cornerback and return specialist Avery Williams in the fifth round at No. 183 overall.

"As soon as I got off the phone with the Falcons, I called my brother up, showed him the [Falcons] hat, and he started going crazy,” Avery said with a smile. "I talked to my brother first because he's been a Falcons fan since he was little. He had a Mike Vick jersey and everything."

Former #BoiseState CB/PR/KR Avery Williams moments after being selected by the #Falcons with the 183rd overall pick in the #NFLDraft .

Williams, who was initially a walk-on at Boise State, was a team captain and earned All-American honors as a punt returner this past season. He ended his career with nine total touchdown returns on special teams, tied for the most in NCAA history.

"I talk to the Falcons as much as anybody else," Avery recalled about the pre-draft process. "We're looking to strive for elite special teams."

With relaxed NCAA eligibility rules due to COVID-19, both Bates and Williams could have returned to Boise State next fall as sixth-year seniors. Instead, both committed to advancing their careers to the next level, furthering an impressive streak for the Broncos. The program has now had a player with collegiate eligibility remaining drafted the last 12 consecutive years. Boise State is one of nine schools with such a streak, joining Alabama, Clemson, Florida, Florida State, LSU, Penn State, Stanford, and Washington.

I long wondered when Avery Williams started to show leadership qualities, because coaches & teammates have RAVED about him since Day 1.

It's tough to pinpoint when, I just know the answer is "long ago."

Per his pops, @big_ave21 never had a problem standing up for what's right. pic.twitter.com/O1kdOv2jq5