In their first playoff appearance since 1953, the Yotes left little doubt who would be moving on in the NAIA FCS playoffs. 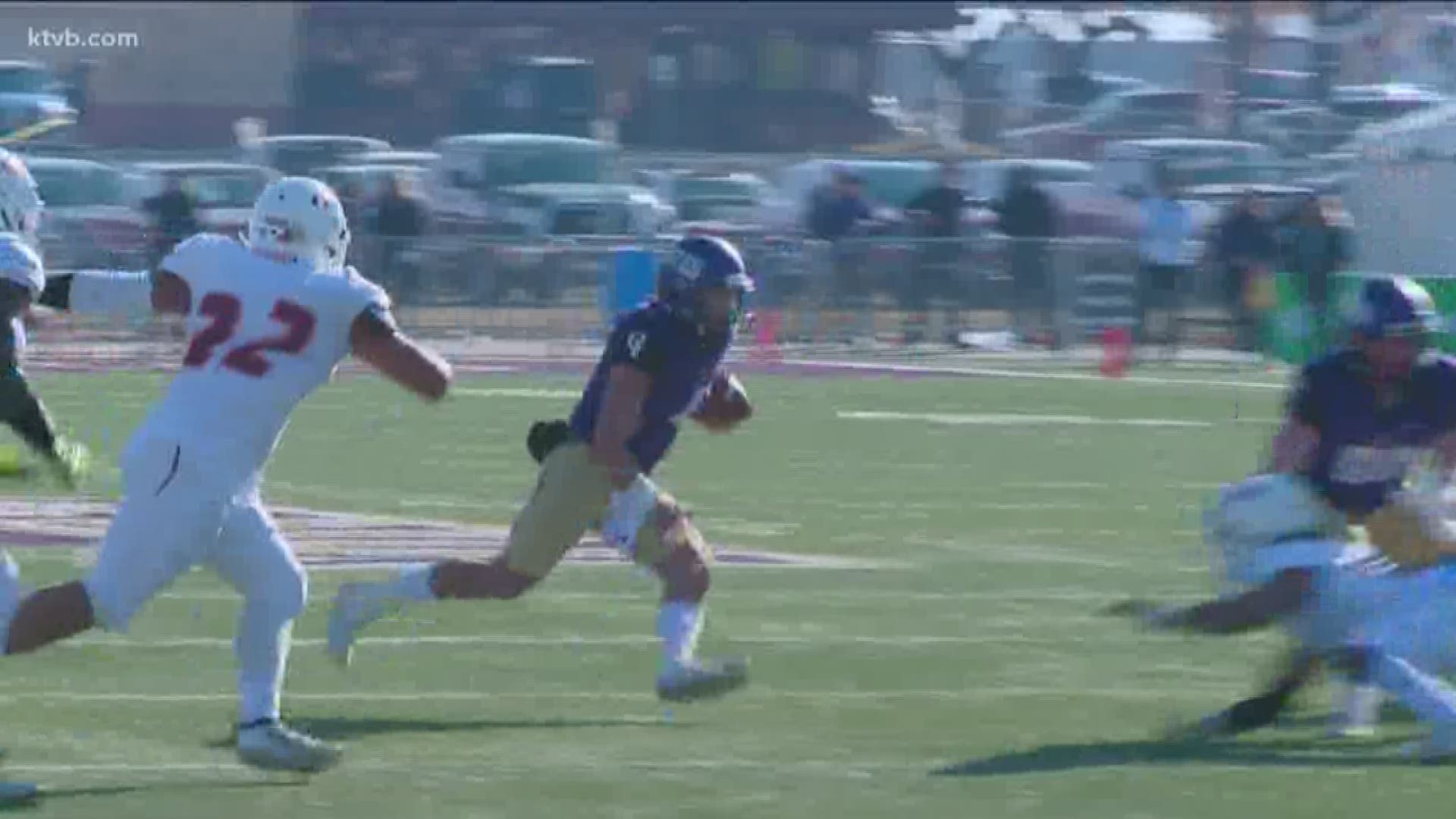 CALDWELL, Idaho — On Saturday afternoon, the No. 5 College of Idaho played the Ottawa University Spirit in the Yotes' first-ever home playoff game, just a few years after reviving the football program back from the dead.

In the third quarter, the Yotes' lone score was from a one-yard rushing touchdown from running back Justin Hellyer, which put the Yotes up 49-23 going into the fourth quarter.

Even with a comfortable lead, the Yotes' refused to slow down their offensive attack. They went on to score another 21 unanswered points in the fourth quarter to win 70-23.

The College of Idaho will be moving onto the quarterfinals of the NAIA FCS playoffs and will travel to Des Moines, IA to take on No. 4 Grandview.

RELATED: Bronco Roundup live at 7 p.m.: Everything you need to know about the game, including who will start at quarterback