No. 10 College of Idaho's senior quarterback rewrites the record books

"I could care less about stats. I'm here for the Ws (wins).” 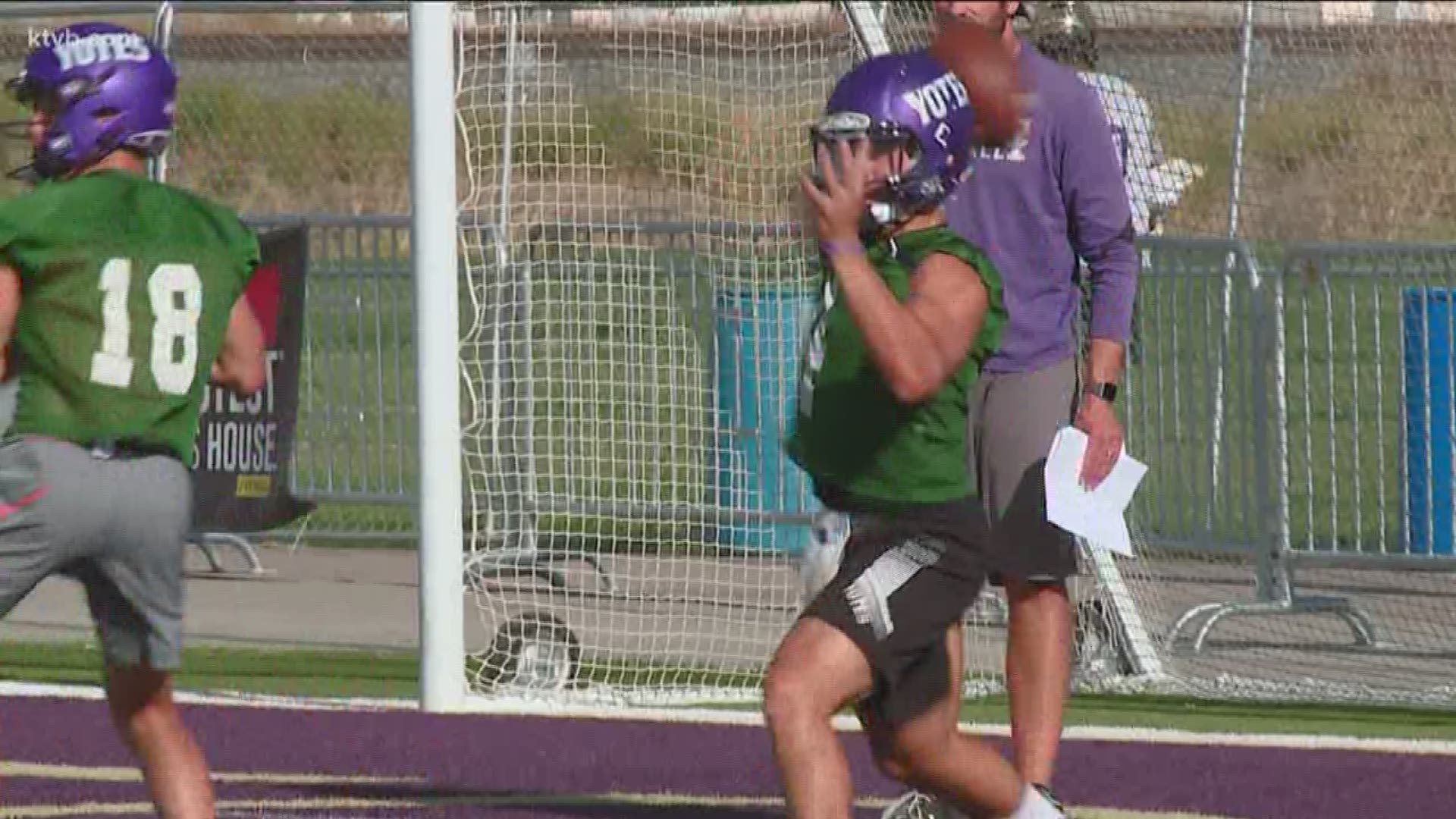 CALDWELL, Idaho — If records were made to be broken, then College of Idaho senior quarterback Darius-James Peterson was made to break records.

“I was given an opportunity here at the College of Idaho and I'm trying to make the most of it,” he said.

In the same game, he also tossed his 32nd career touchdown, trying the school record.

On top of that, the dual-threat quarterback is now approaching the school career rushing record. Peterson needs 445 yards to tie the all-time mark. With at least seven games left in the season, he would have to average 63.6 yards per game to get there. At the moment, he's averaged 65.0 yards a contest this season.

“I knew Darius was going to be a special player from the first time I saw him in practice,” sports information director Mike Safford recalled. “To have the chance to break the 70-year-old rushing record of Tom Winbigler, the greatest running back in C of I history and to surpass the passing marks of Boyd Crawford and Charlie Alvaro – two of the best small college quarterbacks in the Northwest in the 1950s – its staggering.”

If you ask Peterson about any of the records he is threatening, he'll deflect any individual praise with an honest answer.

That, too, is evident.

The Yotes haven't lost a game in over a calendar year now, and this week they climbed to No. 10 in the NAIA, their highest ranking in school history.

"We've got a lot of confidence rolling around here," said Peterson. “We also know that we have to be humble at the same time because each opponent in this league can beat each other."

Peterson and the Yotes will look to push their winning streak to 10 games in Billings against Rocky Mountain this Saturday.

It's a chance for the College of Idaho to get one step closer to their ultimate goal - a trip to the postseason, which would be just their third in program history.

"I've been here for four years, I've seen the worst and I've seen the best so far," said Peterson with a smile. "We're just trying to keep the good things going.”