The three-time Olympic gold medal-winning Boisean says her goal now is to help provide others the same opportunities she's had, which is why she helped bring the time trial race to the Treasure Valley. 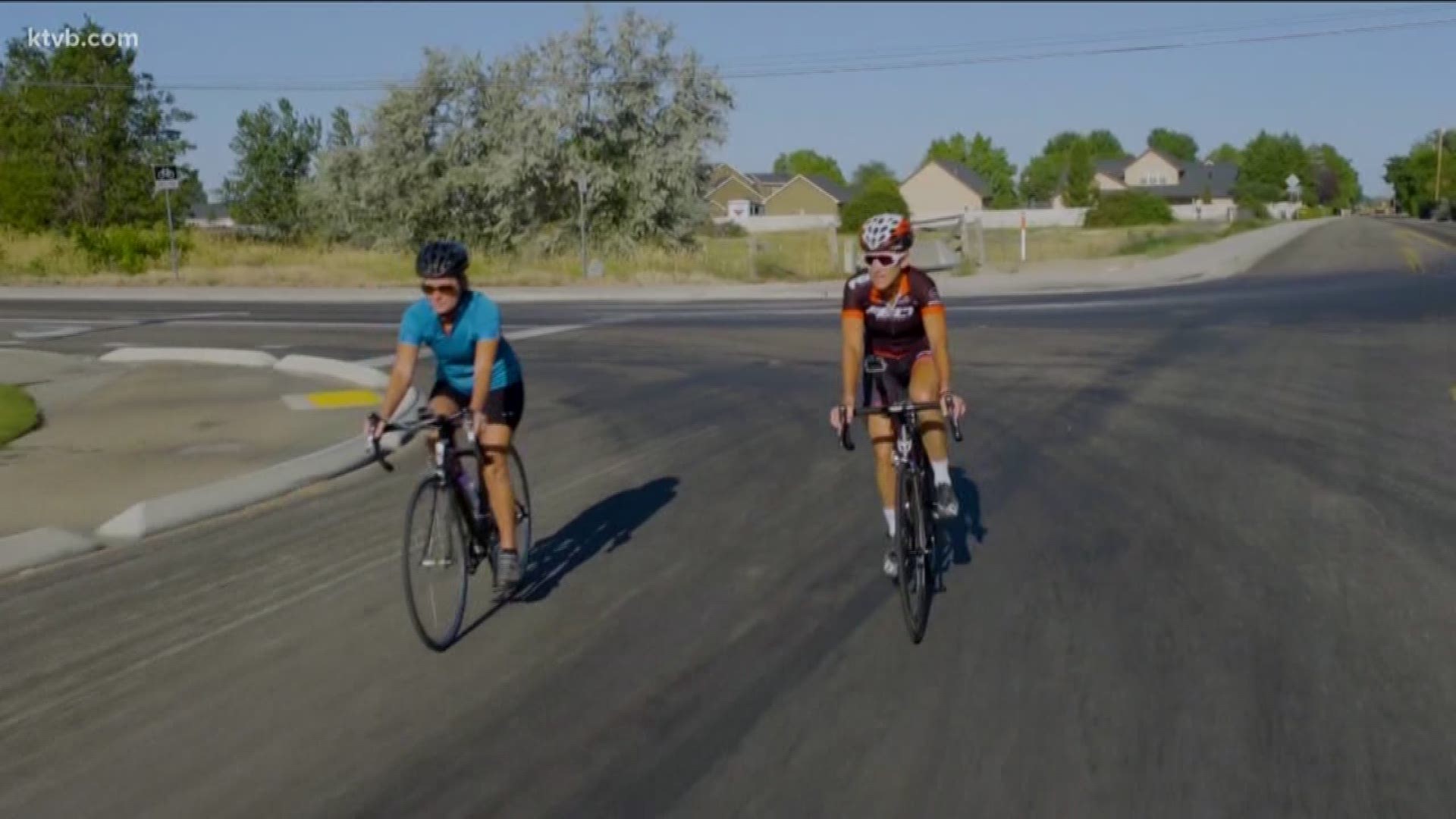 BOISE -- Two years ago next month, Boise's Kristin Armstrong won her third Olympic gold medal, making her the most decorated female cyclist in American history. In two days, she brings the only international time trial race in the U.S. to Idaho, named the Chrono Kristin Armstrong.

The Chrono Kristin Armstrong begins at Hunter's Creek Sports Park in Star and finishes 14.5 miles later at the Firebird Raceway in Eagle.

Kristin won't be competing. She retired after her third Olympic gold medal win at the 2016 Rio Summer Games. She still rides, although now only five days a week and mostly on her mountain bike in the foothills.

"That's been part of my two-year transition (from retirement). I'm not going to pretend that everything's perfect and that it's easy. It's not easy," Armstrong said. "To come down off that high, but also to lower my expectation of what training is. I think the key to that is you have to re-establish your goals."

Kirstin says it's the purpose of her riding that's changed. time trial race It's a time trial race, the same type of race she won Olympic gold in three times.

"We like to say it's a race of truth because it's you alone against the clock," Armstrong said. "You take off, two minutes behind you, is the next person that takes off. But there's nothing out there but you, your bike and the road and so you have to put it all out there."

With three gold medals under her belt, it may come as a shock to Idahoans that Kristin never intended to be a cyclist.

"I'll never forget this," Armstrong said. "I looked in the mirror one day and I was like wow, 'So this is what happens when you're on your own, you're working full time and you're taking care of everybody but yourself.' I was putting on weight, and I decided I needed to change. I had this mountain bike that I used to commute on in college and I just decided one day that I was going to ride my mountain bike to work."

Kristin didn't have enough strength to ride the 10 miles back home. That was in her 20s, and when she decided to make a choice.

"I think in life you have two choices," Armstrong said. "You can either get discouraged or you can say, 'Alright, that was a sure sign that something needs to change.' And so it just motivated me."

She kept riding her bike. Her big opportunity, what she now calls a turning point in her life, came in 2002 at the Hewlett-Packard Women's Challenge.

Held annually for from 1984 to 2002 in southern Idaho, it was considered one of the most prestigious cycling races of its time. Kristin decided to give it a go.

"I had three (professional cycling) contract offers after that," Armstrong said. "And if it wasn't for that race coming to my town, I would have never done what I did."

We asked Kristin: "You wouldn't be a three-time Olympic Gold Medalist?"

She's paying it forward by giving back. Unlike other time trial races, the Chrono Kristin Armstrong will be open to amateurs.

"We decided that yes it was very important to have an international sanctioned race, bring the top riders here from around the world, men and women," Armstrong said. "But really what I hold near and dear to my heart is having an open, citizen race. It's providing an opportunity on the exact same course on the exact same day an hour before for amateurs to give it a go. See what your time is against a pro because that's who I was in the early 2000's."

The Chrono Kristin Armstrong, one of Kristin's re-established goals, setting out to accomplish something new - her legacy that will perhaps be even more rewarding than her three Olympic gold medal wins.

"If one person comes out of this race with an opportunity that they wouldn't have had otherwise, then I feel like I've accomplished what I want to accomplish."