With a minute left to spare, the boys managed to force overtime, turning a potential San Jose loss to victory. 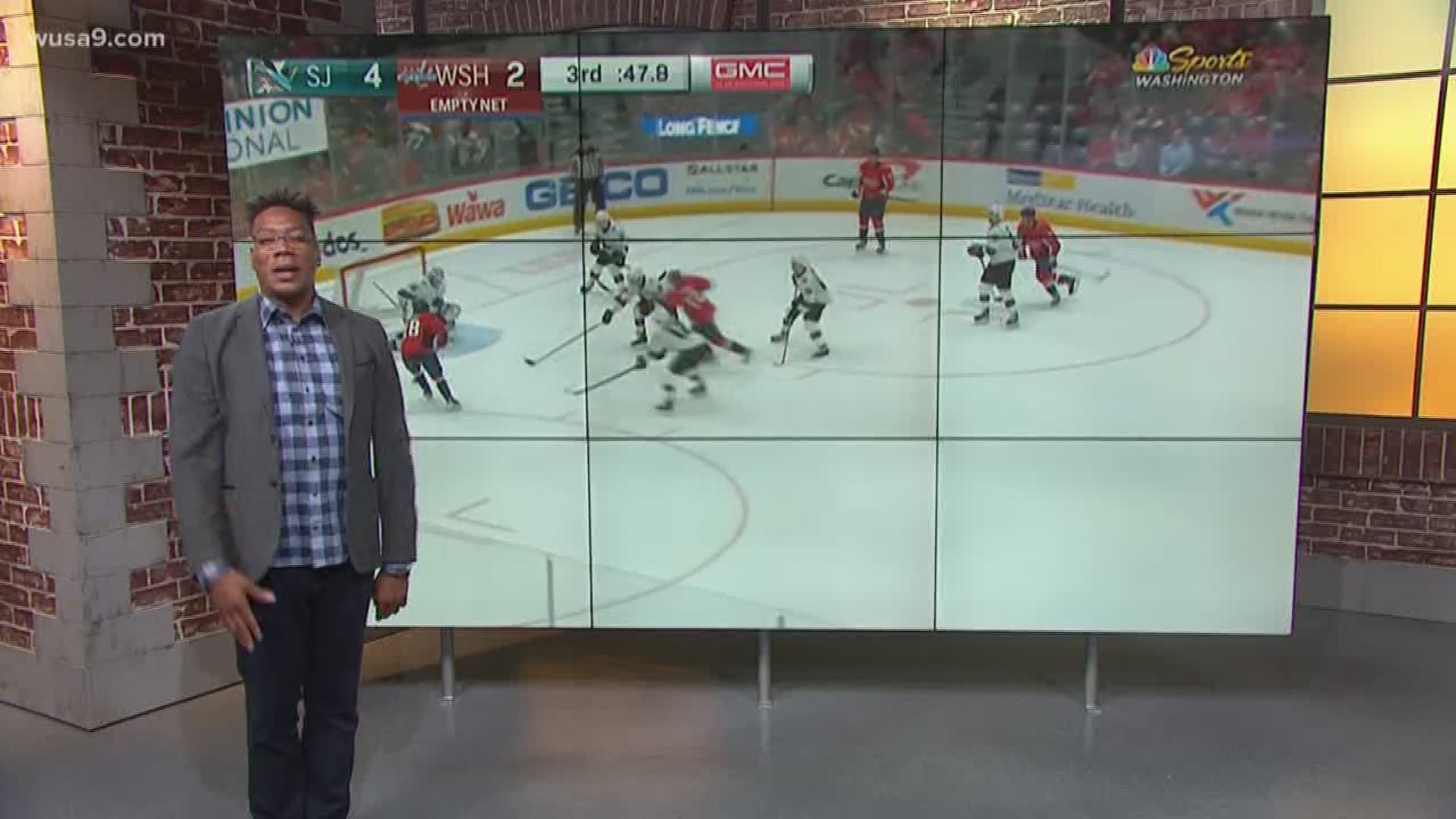 For the first time in Caps franchise history, the boys overcame a multi-goal deficit in the final minute of regulation, winning over the San Jose Sharks 5-4. In the words of Captain Alex Ovechkin, "So, how I say? Suck it. We did it."

So, how did they do it? Let's go back to the beginning.

The first period saw no goal from either team, but the second saw plenty from San Jose. Evander Kane was on fire for the Sharks, putting three on the board all in the second, his second hat trick of the season.

But the Capitals picked it up a bit as well in the second, thanks to a great fourth line. While center Nic Dowd's wrist shot and Jakub Vrana's goal at least got the Caps on the board and moving, the period ended with the Sharks up 3-2. (But hey, it was Dowd's first goal as a dad, so we at least have that!)

The Shark's Logan Couture's empty netter in the third made a loss borderline expectant at 4-2, but we're Caps fans, people. We believe... and so did the boys.

Jakub Vrana flipped that potential losing attitude right around with 49 seconds left to spare, scoring his second goal of the game. But it was our recent birthday boy T.J. Oshie who sealed the Caps into overtime, knocking in a goal with less than 15 seconds on the boards. Looks like the blooming bromance between the two is working its magic on the ice, too.

With overtime being forced, the momentum in Capital One Arena was electric.

Braden Holtby was Holtbeast with his goaltending, and after Lars Eller nailed the Caps victory with his goal thanks to an assist from John Carlson --with roughly 3 minutes remaining -- that electric energy only blew up. Holtby's set up pass for Carlson and the game-winner was his first secondary assist of the season -- and beautiful to watch we might add.

Caps fans, you sure know how to celebrate a victory, and we love you for that.

Let's just hope Tuesday night's game against the Ottawa Senators doesn't need to go to OT, but if it does, we're liking our odds.

RELATED: It's TJ Oshie's birthday. To celebrate, here are our 33 favorite moments of #Oshbabe