Can the World Series title be taken from the Astros?

The cheating scandal is casting a dark cloud over the 'Stros. Now, there's 18 petitions against them. 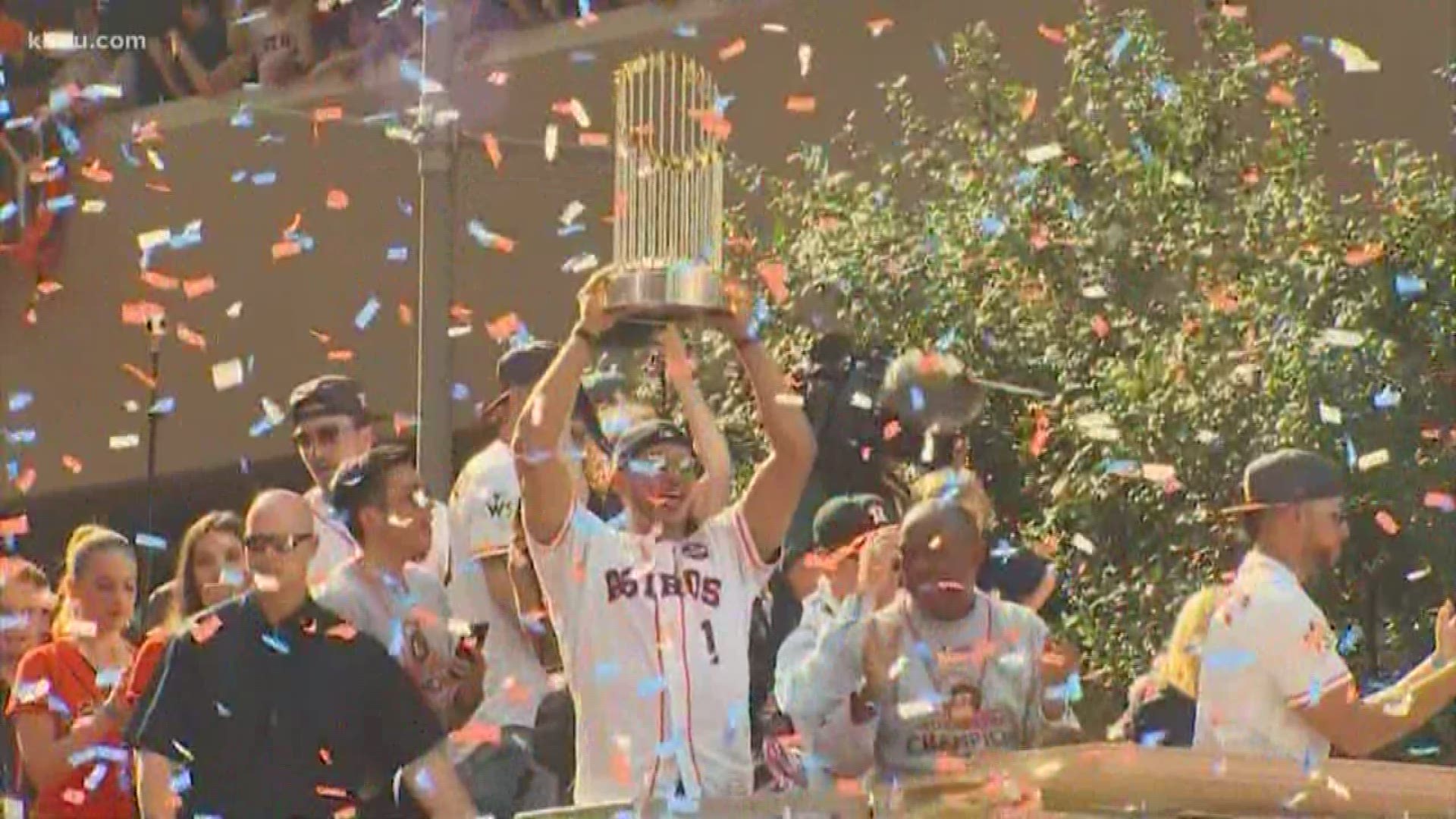 HOUSTON, Texas — The Houston Astros have been in a lot of hot water lately with the MLB releasing findings on the 2017 cheating scandal, and twitter rumors aren’t helping.

It’s creating a lot of backlash – even petitions against the team.

Houston Astros have been trending all over social media the last few days., but not in a good way.

The cheating scandal is casting a dark cloud over Houston's baseball team.

On top of that, Twitter rumors have been swirling over players wearing vibrating bandages to tip off hitters on the upcoming pitch. But the MLB denies that happened.

Even so, the outrage is already there.

On change.org, the 'Houston Astros' are a top trend with 18 petitions against the Astros, most of them calling for the 2017 World Series title to be revoked.

Even the Los Angeles City Council is getting involved, most likely voting next week on a resolution urging MLB to take away Astro’s trophy and award it to the Dodgers.

“This is just the latest in a long pattern of stealing signs," said Jacob Pomrenke with the Society for American Baseball Research.

“I consider the 2017 Astros to be on par with the 1951 Giants and the 1940 Tigers and a lot of other teams that have been involved in sign stealing scandals," Pomrenke said.

But he said the World Series is why this scandal has escalated.

“Some teams are getting punished a little more harshly than others. But again, the World Series is going to bring a little more spotlight than if you do this in the middle of the season in May," Pomrenke said.

And he says the damage has been done.

“If we’re talking about the 2017 Astros World Series in 100 years, this is a scandal that will be brought up," Pomrenke said.

But as for the World Series title – it’s never been taken away from a team before, and won’t be now.

“Nobody can take away the fact that the world series happened. The Astros did win those games. So that’s not something you see in American professional sports. There’s really no precedent for that in baseball," Pomrenke said.

If you want a chance to see Astros players in person, they will be Minute Maid Park from 11 a.m. to 4 p.m. Saturday for Astros FanFest. It's free, and you can get your voucher at the gate.