The Thorns are only the third team from Idaho to ever advance to the National Championship Tournament. 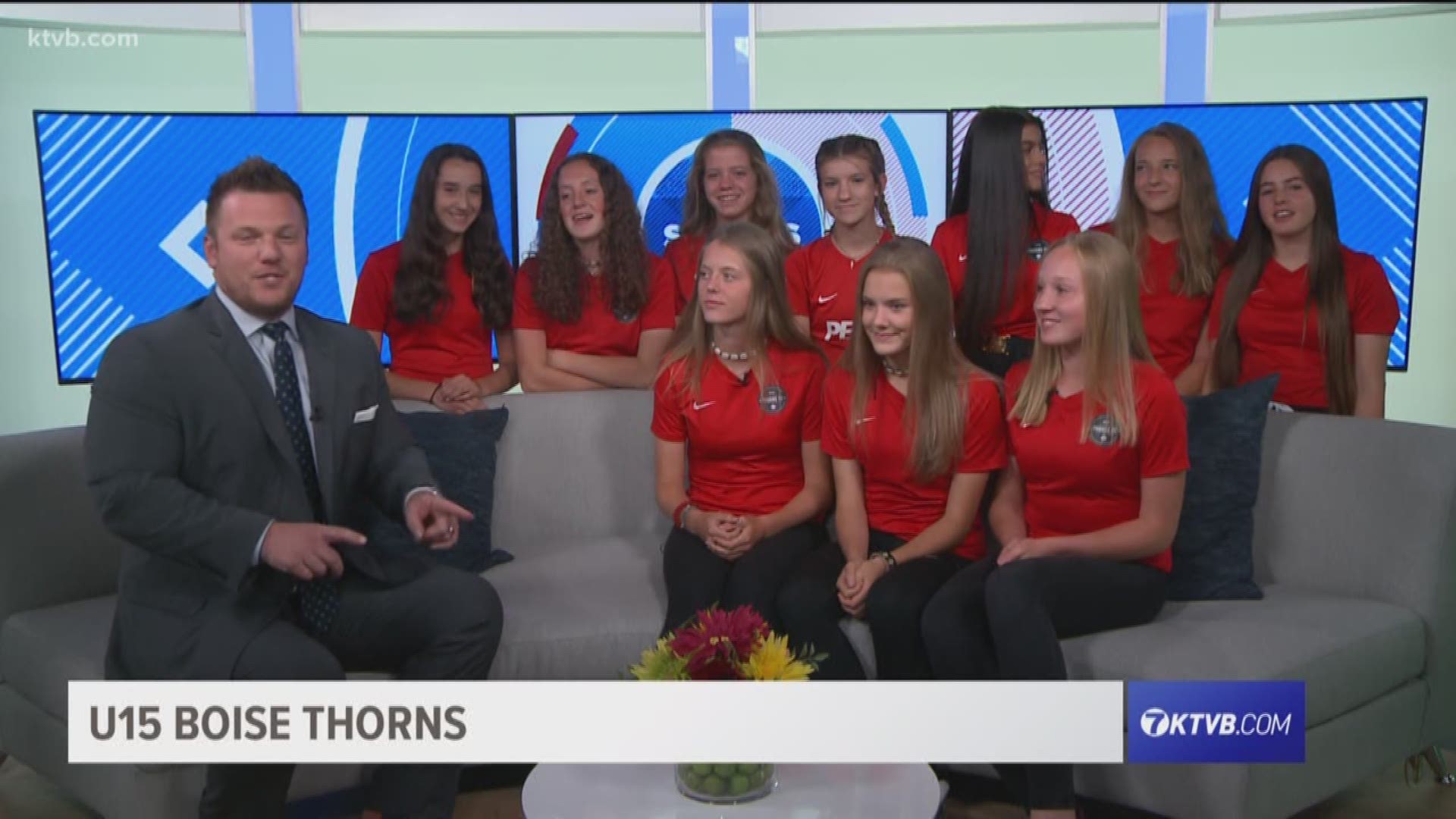 That's what the Boise Thorns U15 girls soccer team is trying to do by becoming just the third team from Idaho to ever earn a bid to the national tournament.

But they're hoping for more than just to play at the tournament, they're hoping they can become the first team from the Gem State to win a National Championship.

In 2015, a team made up of U19 players from competing clubs FC Nova and Boise Nationals, advanced all the way to the national championship match, ultimately falling in penalty kicks to a team from Nebraska.

RELATED: Local teams put aside rivalry to play the game they love

The team is made up of players from all over the Treasure Valley.

"As Idaho, we obviously aren't used to getting amazing opportunities, so when we do, we need to take advantage of them," Molly said.

The team has already traveled to places like San Diego, Denver, Phoenix, Salt Lake City, even South Carolina, all to play the best teams in the country in order to prepare for the tournament.

"It's been a lot of blood, sweat, and tears, but when we heard that we were going to nationals, it made it all worth it," London said.

If you'd like to help the team get to Kansas, check out their GoFundMe page.