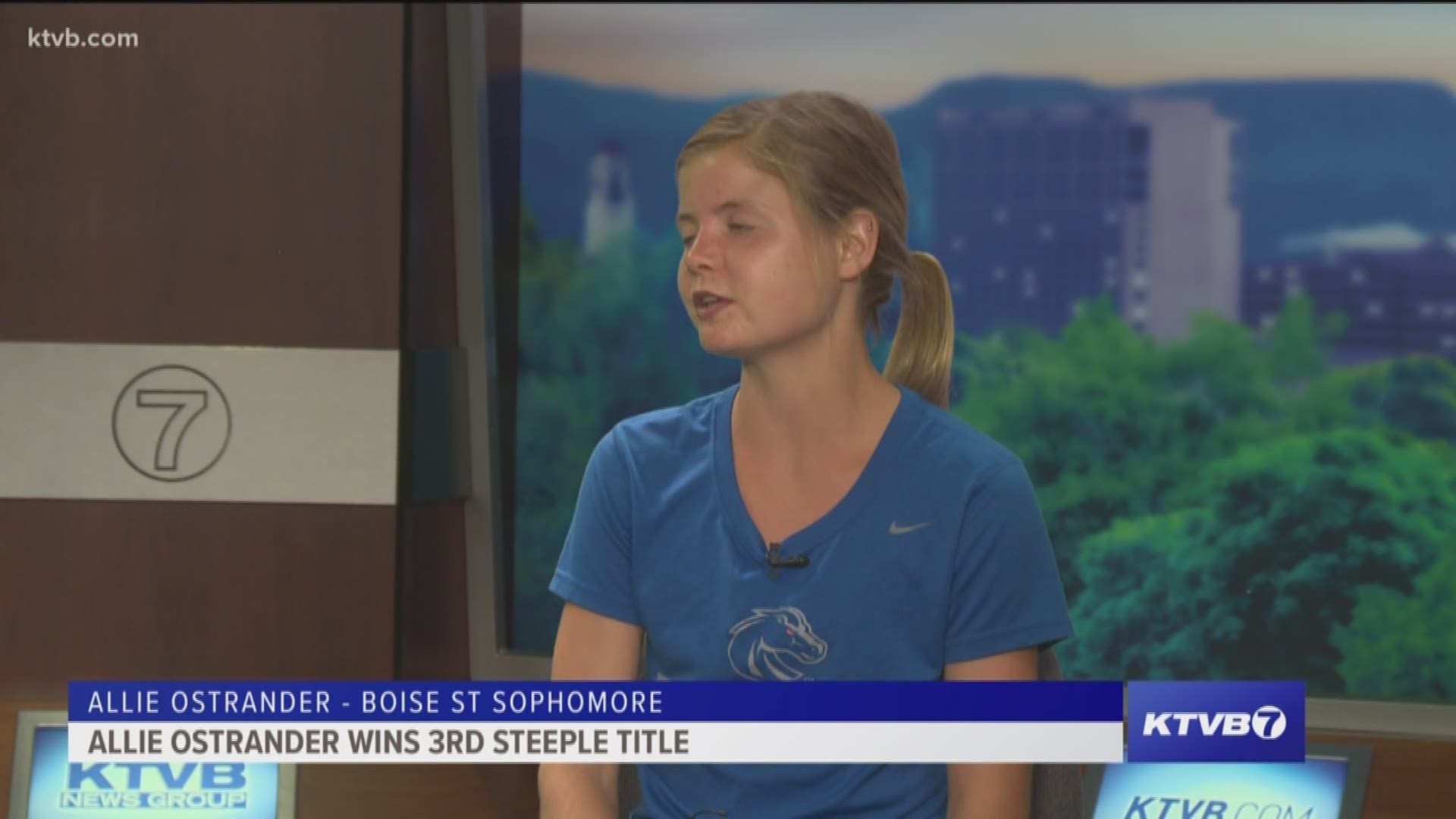 Boise State University's Allie Ostrander has etched her name into Boise State and NCAA Track and Field history on Saturday afternoon after she won her third consecutive steeplechase national title.

Ostrander, a junior, won the national title in Austin, Texas after breaking away from the leaders after about the sixth lap.

She is the fifteenth female athlete in NCAA history to win three straight titles in any sport.

For those that may not know, steeplechase is a track and field event that has athletes run eight laps, totaling three kilometers and jump hurdles places throughout the track, with water pits under some of them.