Hear from a Cuba-born gymnast, a 30-year coach that was alive when title IX was written, and an athlete who accomplished her dream of being a college gymnast. 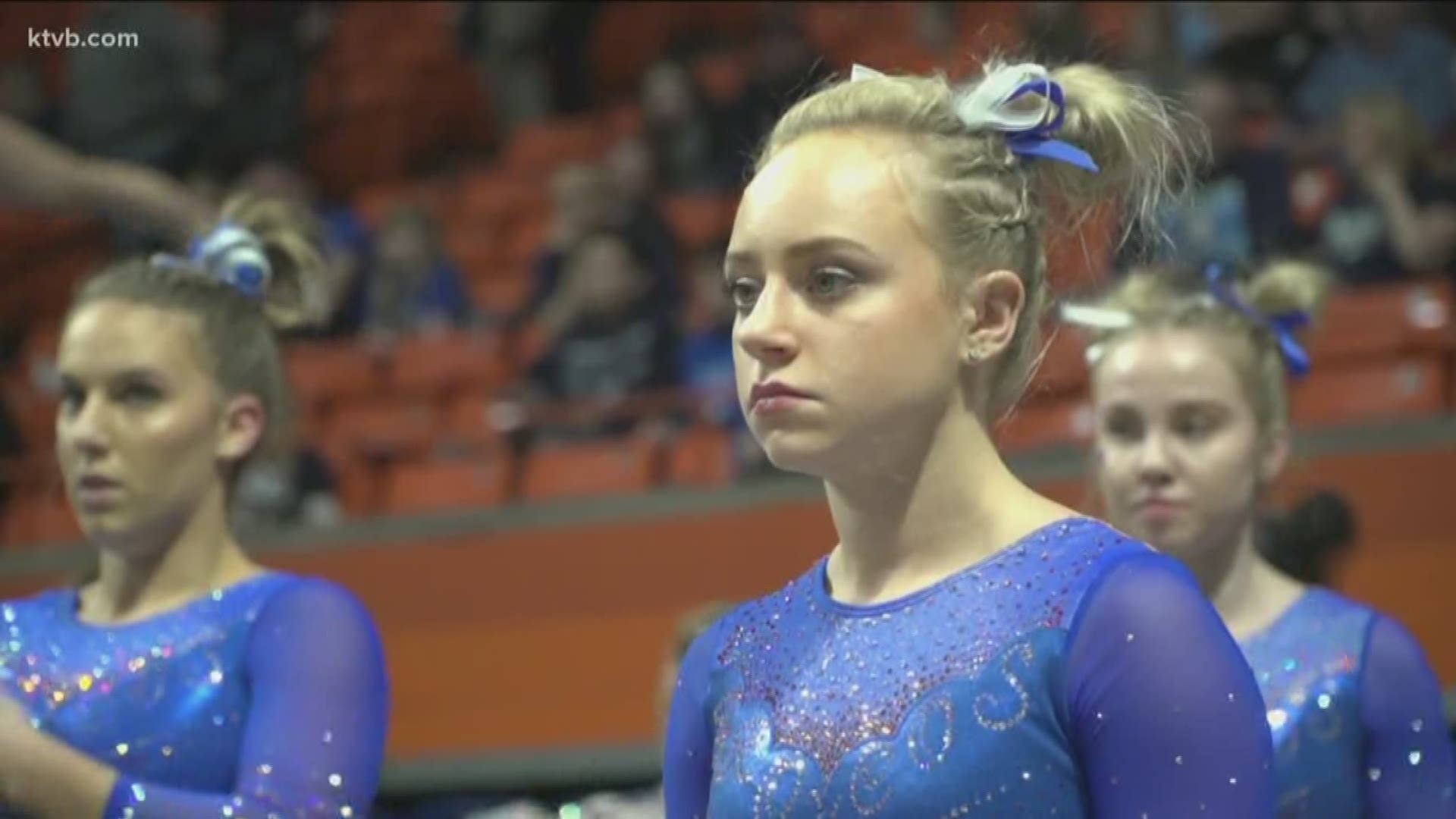 BOISE, Idaho — Boise State University gymnast Gabriela Bouza came to the U.S. from Cuba when she was just 10 years old. National Girls and Women in Sports Day is important to her.

“It’s an important day for women because, I mean I'm not American, but from my previous background, women have a harder time getting places,” Bouza said. “I think [National Girls and Women in Sports Day] kinda signifies us becoming more equal and us having more opportunities and being able to do what I guess men used to do and be looked at the same.”

Sports have changed Bouza’s life in a big way.

“I have learned how to speak English in the gym with my coaches,” she said. “I have met lots of people that have impacted my life in a positive manner. I think it has made me who I am personally and I have become very caring because of the gymnastics setting that I grew up in.”

Bouza’s teammate, Tatum Bruden has been involved in sports since she was five. She’s versatile, and considers herself an “all-rounder”. Bruden tumbles, and competes on bars, beams.

“Sports have been a part of my life my entire life basically since I was 5 years old,” she said. “Our women's gymnastics team is something I'm very proud of. This school holds it to a high standard and so it’s really important that women have equal opportunity especially when it comes to sports.

BSU gymnastics coach, Tina Bird is in her first year as solo head coach, but has been on the coaching staff for 30 years.

Bird believes National Girls and Women in Sports Day is about more than just celebrating girls in sports.

“It's just a celebration of women in general,” the coach said.

She was a young girl in sports when Title IX was written into law, which gave women equal sports opportunities in publicly funded schools and universities.

“We have made great strides in a lot of areas but for young girls growing up, but you can be anything you want to be,” Bird said. “The opportunities are there. It's not just a small percentage [of women in sports] anymore.”

Both of Coach Bird’s athletes agree with her mentality.

“Set your goals high and never give up because anything is possible,” Bruden said. “I always had dreams as a little girl and I got there with hard work so keep reaching your goals.”

“Never give up and just try to get better one day at a time,” Bouza added.

The BSU gymnastic team’s mentality has rewarded them with tangible success.

The team has been awarded the Mountain Rim Gymnastics Conference title 5 years in a row. They will be competing for their sixth consecutive title this season.

The Boise State gymnastics team’s next home meet will be Friday, February 21 in ExtraMile Arena. All proceeds from the meet will go to the Women’s Sports Fund at BSU to celebrate National Girls and Women in Sports Day.