Boise State football: Walk away from the ledge, again

We’ve been here before. BSU drops a high-profile game, and some say the sky is falling. But, especially in the case of the UCF game, you just let things play out. 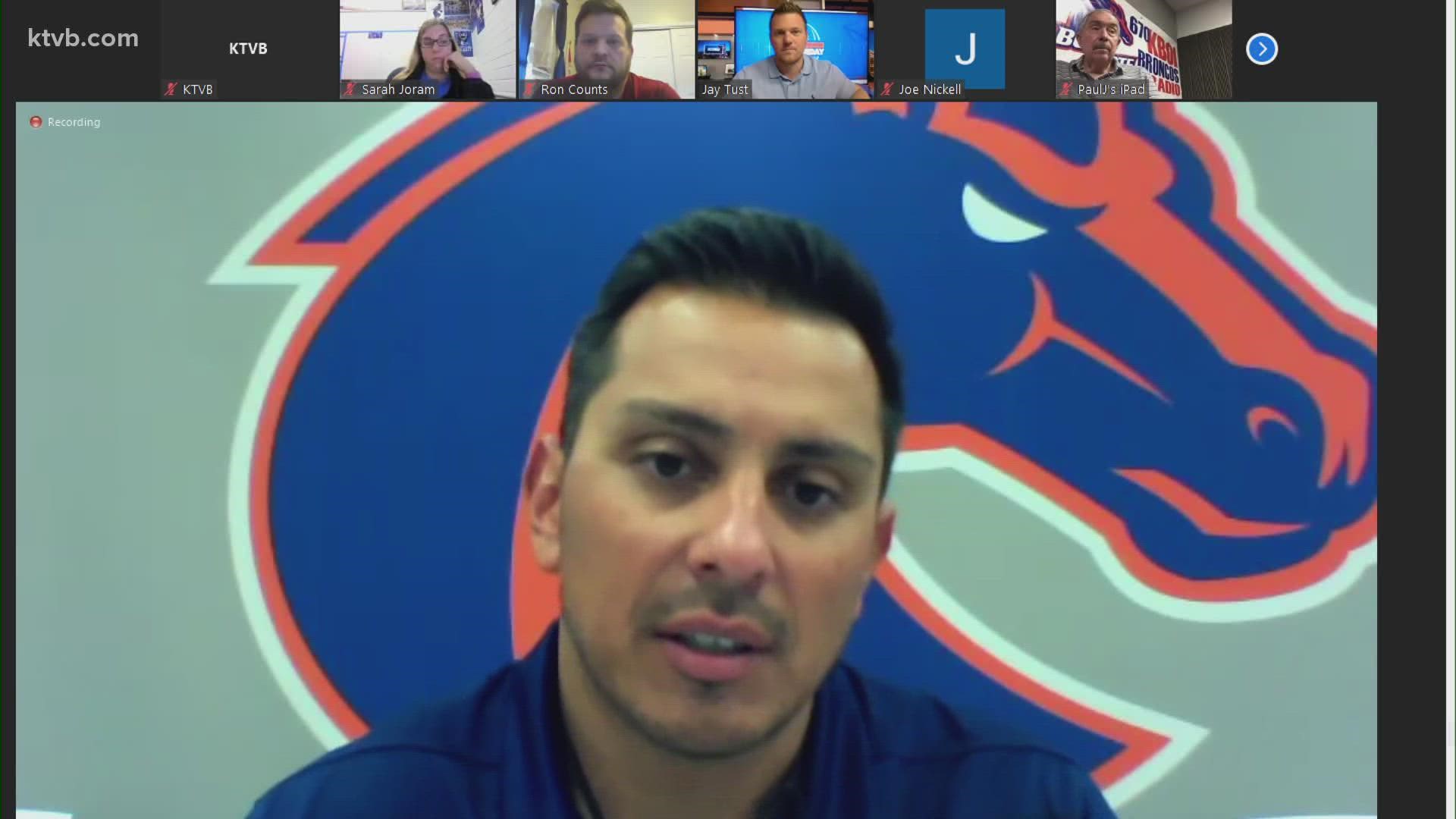 Writers often joke about overreactions to Week 1 football results. Some losses can’t be ignored (hello, Huskies), but Boise State’s loss at UCF last Thursday needs to be kept in perspective. The Broncos lost 35-13 to Ole Miss in Bryan Harsin’s debut in 2014 and still went to the Fiesta Bowl. Not saying there’ll be a sequel in 2021, but unlike Harsin, Andy Avalos was appearing in his first game as a head coach. More relevant is local reaction to a game in late September in 2014. I was one of those ready to declare the Golden Era as over after Boise State’s 28-14 loss at Air Force. The Broncos would not lose again. There was a similar overreaction (me included) to a 19-point loss to Virginia in 2017. Boise State would win the Mountain West and dominate Oregon in the Las Vegas Bowl. Ride the storm out.

AFTER TIME TO DIGEST…

What’s it all mean for this year’s team? Avalos will learn from the experience at the Bounce House, and his staff will, too. “There’s a lot of offensive coordinators in Boise I’ve learned,” quipped O-coordinator Tim Plough on Sunday. Plough owned the conservative play-calling stumbles in the third quarter that resulted in minus-7 yards. “That’s definitely not who I am,” said Plough. “I’m an aggressive play-caller.” The Broncos offensive line took some grief for the rushing numbers (20 yards on 26 attempts for the game). But it was reasonably stout until guard Jake Stetz left the game with an injury in the second quarter. It’s all part of the game. Same goes for the defense. Defensive coordinator Spencer Danielson was coaching his first game in that position. Four years ago he was a graduate assistant. He will get there.

READING BETWEEN THE STAT LINES

The most unsung Boise State performance in the UCF game was that of punter Joel Velazquez, who had the best night of his career. Velazquez has found the consistency that has always seemed to elude him. Let’s look at last year’s season opener versus this year’s. Against Utah State in 2020, Velazquez punted four times for a 27.2-yard average, with a long kick of 71 yards and a short of minus-38 (the one that boomeranged off the back of John Bates). In Orlando, he punted six times and averaged 50.7 yards, with a long of 62 and a short of 39. The field position advantage Velazquez created kept the Broncos in the game.

When a Bronco etches his name in the record book these days, he is worth a paragraph, isn’t he? Tyric LeBeauf’s 100-yard pick-six tied Jamar Taylor’s school-record interception return set in the 2011 Las Vegas Bowl against Arizona State. Not only that, when you combine that with the 27-yard runback LeBeauf had in the fourth quarter to give him 127 interception return yards for the game, he broke the Boise State record of 116 set by Cam Hall at Nevada in 2004. LeBeauf was the first Bronco with two picks in the same game since Donte Deayon at BYU in 2015.

MIXED BAG FOR THE MOUNTAIN WEST

Nevada and Utah State basically saved the Mountain West’s week. The Wolf Pack beat Cal 22-17 in Berkeley Saturday, while the Aggies rallied to upend Washington State 26-23 in Pullman. The rest of the conference was average or below. Fresno State gave Oregon a good go before falling 31-24, but San Jose State wore down in a 30-7 loss to USC. And there were two losses to FCS schools. Eastern Washington took down UNLV 33-30 in double-overtime. Anyone who knows the Eagles program understands that one. But Colorado State was drilled at home 42-23 by last spring’s FCS runner-up, South Dakota State. The Rams’ chance to make an impression on their crowd of 32,000 flamed out.

I don’t like the phrase “it is what it is” any more than the next guy. But what else do we apply to the Big 12’s imminent invitations to BYU, Cincinnati, UCF and Houston? Boise State may have the 21st century legacy, but Cincinnati and UCF have ruled the roost lately, while BYU and Houston have been fine in football. So with that said, it comes down to market strength. Boise is the fastest-growing metro in the nation, but it’s also the most isolated. The four Big 12 selections deliver TV households. Houston is the weakest link, as it doesn’t command that much attention in the country’s eighth-largest market, but (ahem), it is what it is. At this point, we have to hope the Broncos’ series with the Cougars remains intact. BYU will continue to be Boise State’s biggest football rival. If it’s not reciprocal, so be it.

A ROUT AND A STREAK-STOPPER

For Idaho, it was the biggest scoring day in 27 years and the largest margin of victory in 98 years—a 68-0 victory over Simon Fraser. A couple conclusions can be drawn in the Vandals’ quarterback race. Both contenders played well, but C.J. Jordan appeared to have the upper hand Saturday, going 7-of-12 for 161 yards and rushing for 61 yards, including a 21-yard touchdown scamper. Mike Beaudry was 10-of-15 for 116 yards. Coach Paul Petrino won’t name a starter, he says, until after this week’s game at Indiana. Meanwhile, College of Idaho saw its 11-game home winning streak come to an end Saturday in a 33-30 loss to Rocky Mountain College in Simplot Stadium. The Bears, having rallied from a 19-13 halftime deficit, blocked a game-tying 38-yard field goal attempt inside the final minute to seal it.

HAWKS FINALLY RETURN TO THE PLAYOFFS

For a team that began the season 4-15, this is sayin’ something. For the first time since 2014, the Boise Hawks are headed to the postseason. The second half of the Pioneer League season gave the Hawks a clean slate in July, and Monday—with Mitch Lines carrying a no-hitter into the fifth inning—they clinched the Southern Division second half title with a 7-3 victory over Grand Junction. Boise now goes to Ogden for a three-game series to end the regular season. The Hawks will stay there Saturday to play the Raptors in a playoff elimination game, with the winner advancing to the Pioneer League Championship Series.

Indisputably the best performance ever by a Boise State running back, as sophomore Ian Johnson gains 240 yards and ties a school record with five touchdowns in a 42-14 rout of Oregon State at Bronco Stadium. Johnson was named Division I-A Offensive Player of the Week after his nationally-televised effort, which is a perfect word for it. He not only had scoring runs of 59 and 50 yards, he continually broke tackles and dragged Beaver players along for the ride. It was an exclamation point to BSU’s celebration of its 20th anniversary on the blue turf.