'I think we can bring the program back': Boise State baseball player discusses efforts to save the team

Coaches and athletes have started raising funds in an effort to save the baseball program as well as the swimming and diving program. 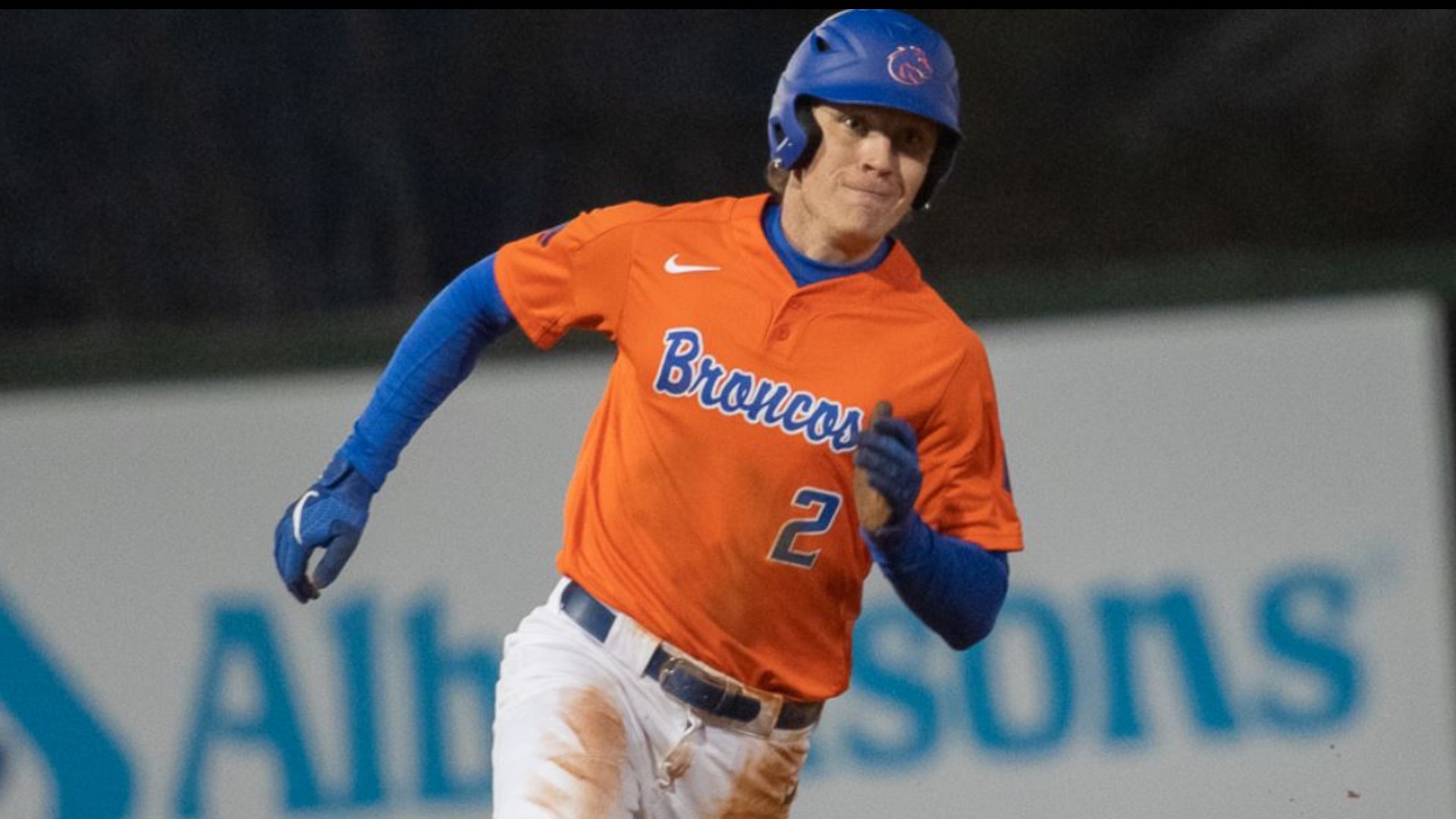 BOISE, Idaho — Boise State announced last week it was eliminating the baseball and swimming and diving programs in an effort to save money due to budget impacts caused by the COVID-19 pandemic.

Since the news broke on Thursday, coaches and athletes have worked together and started raising funds in an effort to revive and save both programs.

A GoFundMe page has been set up to save Boise State baseball, and as of Monday evening, it had raised about $35,000.

The programs have also worked together by starting a Google pledge page where people can commit to donating money to try and save the programs.

Matt Farman, a redshirt freshman on the Broncos' baseball team, sat down on Tuesday for a virtual interview about the fundraising efforts.

RELATED: Hours after arriving in Boise, Boise State baseball commit was told the program was eliminated

The following interview has been edited for length and clarity:

Will Hall: When you woke up to that email saying that the Boise State baseball program was being discontinued, what was your reaction?

Matt Farman: At first, it was kind of a shock, you know? It was the same thing when our season got canceled, it just kind of feels like a dream right off the bat. You can't really believe it.

WH: What was that zoom session like with the Boise State athletic department?

MF: The athletic director made it sound like there was no hope, like don't even bother trying to raise money.

WH: What were your emotions like when you heard that from Curt Apsey?

MF: A little bit of sadness, but mainly anger. We just didn't really have a chance, I mean we spent three years in this program together and just to have it stripped away after 14 games with no chance.

WH: How would you describe the pain you felt from last week's decision?

MF: For a lot of guys, this was going to be their only Division 1 baseball option, and now we've just kind of been thrown under the bus. There's nothing to do and nowhere to go, it's just kind of a shock, it was our family and it's kind of been taken away from us out of nowhere.

WH: You mentioned the fundraising efforts, could you provide an update on those and what influenced and what motivated you guys to start these campaigns?

MF: Currently, we have a GoFundMe set up by [Coach Van Tol's] daughter, Amaia, that's more of a public place that people can go to donate. There's also a Google form that one of the swimmers put together, that's for both swimming and baseball where people can pledge a certain amount that they are willing to donate

Our coach, Gary Van Tol, he's an amazing human, and he's going to fight to his grave to save this program. He has countless connections that are willing to help him, cause they understand how great this program was going to be years from now, how big it is for Idaho. There's lots of people behind the scenes that are helping us, there's a private committee that Gary put together that is going to help, we're trying to get some big corporations to help with funding. We are all going to fight to our grave to fix this, and I think we can bring the program back.

WH: What does Gary Van Tol mean to you?

MF: I don't want to play anywhere else, cause there's no other program in the country that has a coaching staff like Gary and our other coaches. He's an unreal human being, he's an amazing coach. He's taught all of us so much about life, there's just nowhere else we'd want to play.

WH: What is your response when you hear from Curt Apsey or other members of the Boise State athletic department that say, frankly, really don't waste your time trying to raise all these funds and fundraising to try and save the program, it's not going to work, what's your response to that?