Boise native Sofia Huerta on the NWSL restarting the season

Huerta was a two-time Gatorade Player of the Year for Centennial High School and has played professionally for the last six years. 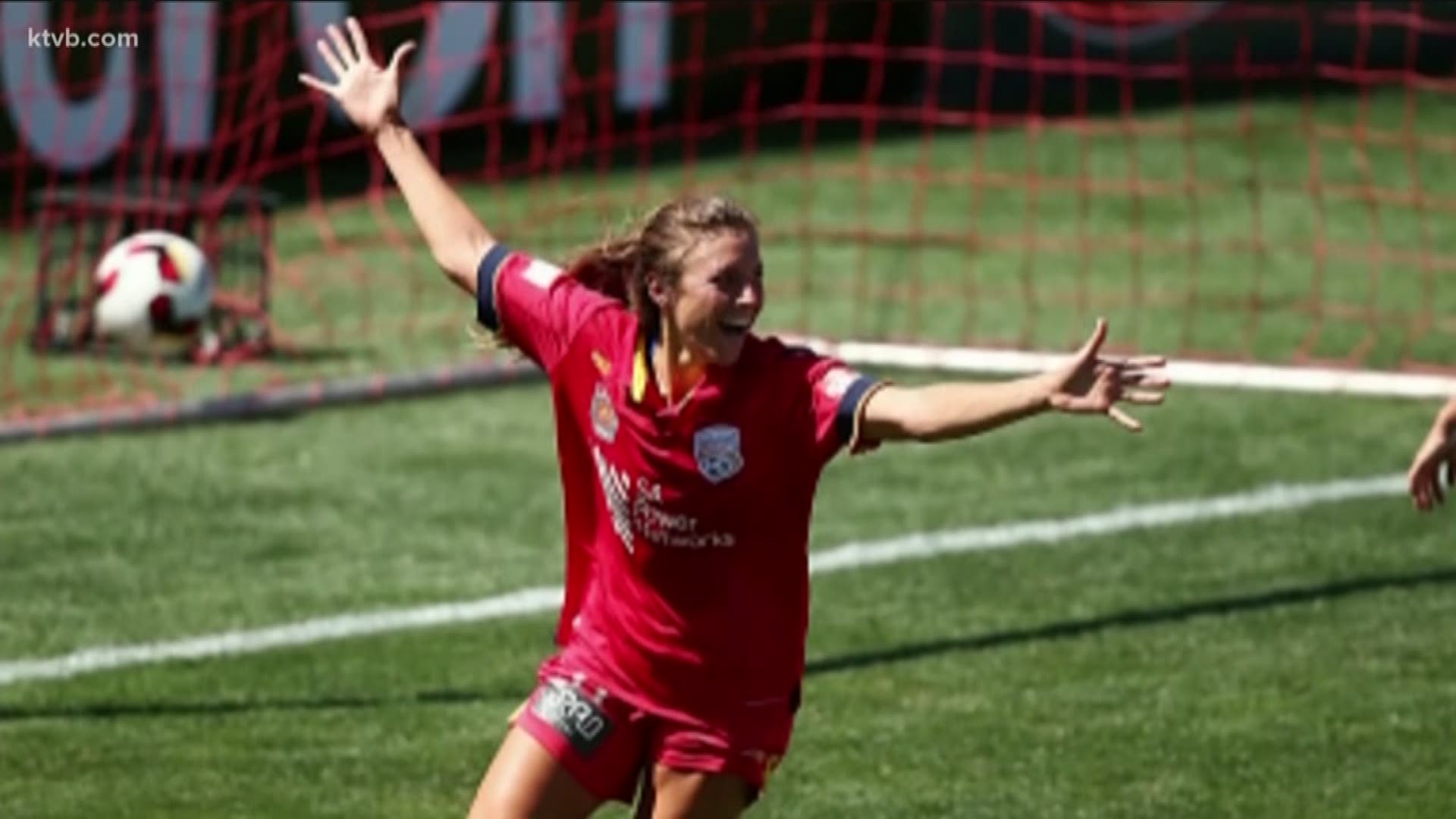 BOISE, Idaho — Centennial High graduate Sofia Huerta is well on her way to becoming the most accomplished women's soccer player from the state of Idaho.

Huerta was a two-time Gatorade Player of the Year for the Patriots and was a four-year starter at Santa Clara University. She has suited up for both the Mexican and U.S. National Soccer teams and has played professionally in the National Women's Soccer League (NWSL) since 2015.

Huerta's career in the NWSL started in Chicago. The Red Stars selected her with the 11th overall pick in the 2015 draft.

After she was traded to the Houston Dash in 2018, Huerta found herself on the move again this offseason.

This week, Huerta is set to kick off her sixth professional season with a new squad, the OL Reign, who are based out of Tacoma, Washington.

Recently, KTVB Sports Director Jay Tust caught up with Huerta to talk about her accomplishments, her future goals, and the restart of the NWSL, which is the first professional team sports league in America to start back up after COVID-19 shut everything down.

JAY: How much support do you still feel from your hometown here in Boise?

SOFIA: I feel so much support from my hometown. I was really shocked when I was home during this offseason because I feel like I'm a little older, so I didn't really know that the younger generation would know me. But they do and they are so supportive and they show love. Boise will always have such a special place in my heart.

JAY: It's kind of crazy. I look back and you've been a professional soccer player for quite a few years now. How much do you feel like your feet are under you now, and you can really make that next step?

SOFIA: I've been a professional for six years now. Crazy. The more games you play, the more situations, you're in. I really feel prepared for this season.

JAY: The National Women's Soccer League was one of the first professional leagues across the world, to develop a plan of attack and get back to action. How excited are you to be playing soccer again?

SOFIA: I am personally very excited. I do think it can be seen as risky to outsiders, but I really trust NWSL. They've put protocols in place to ensure our safety, and we all had the decision to decide if we wanted to play in the tournament or not. I obviously decided that I wanted to partake and I'm really excited to get going.

SOFIA: No, I'm not satisfied. I think as athletes, we're always kind of looking at what's next. I have my time with the national team back in 2017 through the 2018 year. But I don't feel like I did everything that I could to maintain a starting spot or consistent spot on the team. So that's my ultimate goal. To be on the women's national team and participate in Olympics and a World Cup. That's obviously my goal, so I'm not satisfied yet.

When and where can you watch Huerta and the OL Reign play? Below is their schedule for the NWSL Challenge Cup:

*All games will be broadcast on CBS All-Access and played at Zions Bank Stadium in Herriman, Utah.