'The guys are fired up': Boise State's revived baseball team prepares for their first game in 40 years

The Broncos' first game will be on the road at the University of Texas for a three-game road trip, starting on Feb. 21. 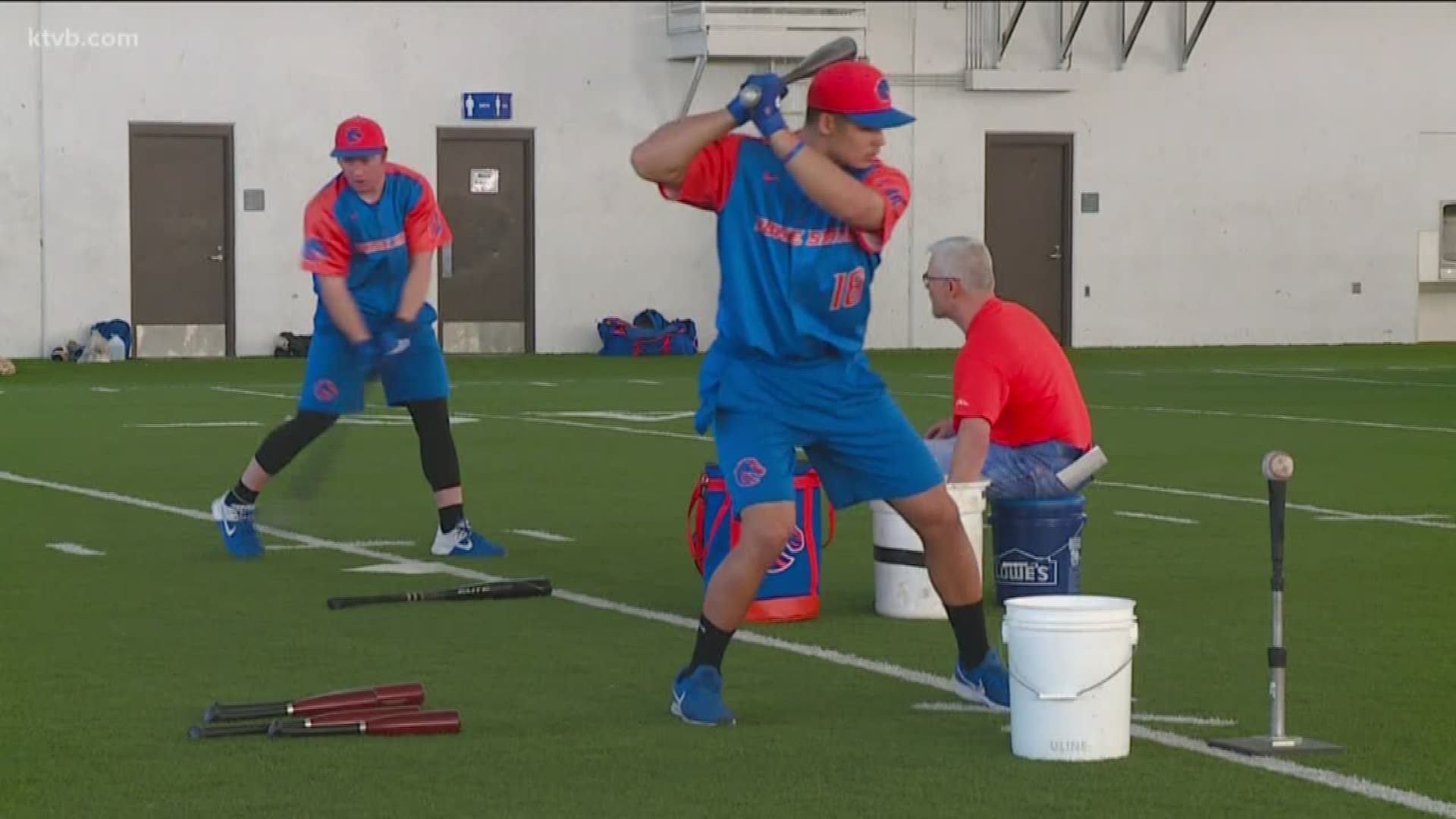 BOISE, Idaho — The Bose State Broncos baseball team is just over three weeks away from its first game since 1980. On Friday, the Broncos held their first official practice of the season and coach Gary Van Tol says the team is fired up to finally take the field.

"It's an exciting time, there's not going to be any motivational speeches, I can tell you that," the program's first-ever coach said. "The guys are fired up and ready to go and we're looking forward to the opportunity (to play)."

Van Tol was announced as the revived program's first head coach on Nov. 30, 2017. Over two years later, games are finally on the horizon for the Broncos. Since he was announced as the head coach, Van Tol has been busy building a roster from scratch, hiring a staff, filling out a complete schedule, and now, just under a month away from their first game.

The Broncos' first game will be on the road at perennial powerhouse University of Texas Longhorns for a three-game road trip, starting on Feb. 21. It'll be a trial by fire for the Broncos.

"It's good to start with that kind of school to start out with and really test us and I know we're all really fired up," said freshman first basemen Kase Ogata. "I think of the Longhorns right away, they got a nice stadium, lot of fans, it's going to be a great opening weekend."

"It's going to be here before we know it and we better be ready, hang on, here we come," Van Tol said.

While the Broncos haven't played yet, Ogata and the rest of the team are aiming to be a top 25 team and wanting to take on the challenge in Austin to see how Boise State stacks up.

"You know they're the most historic college baseball program in the country and for us to kind of measure ourselves up, we obviously want to be a top 25 type program, so we're going to find out what that's all about and it's going to be a great environment," Ogata said.

After a 37-year hiatus, then-Boise State President Bob Kustra announced that the university will bring back their baseball program at the cost of dropping the wrestling team.

In the years since that announcement in 2017, Boise State still doesn't have a permanent home for the baseball team. The university was going to be part of a mixed-use stadium in downtown Boise, then they backed away from the controversial project only to change their tune and said they would consider being a part of it again. A few months later, Boise State decided to reverse course again and went ahead with plans to building their own baseball stadium on campus.

The Broncos will have to play their home games at Memorial Stadium in Garden City, which is home to the Boise Hawks minor league team, for the 2020 season. Athletic Director Curt Aspey said in February of last year that the Broncos' own stadium wouldn't be ready for the 2020 season.

The Broncos recognize that their first game in 40 years is historic for both the program and university.

"It's going to be historic, but every day that we've built this on has kind of been a historic moment," Van Tol said. "Looking at it, each brick and each pitch and each step and so we're excited."