"Baseball will be back in Boise." Joe Yorke discusses the difficult decision to commit to Cal Poly after Boise State eliminated the school's baseball program. 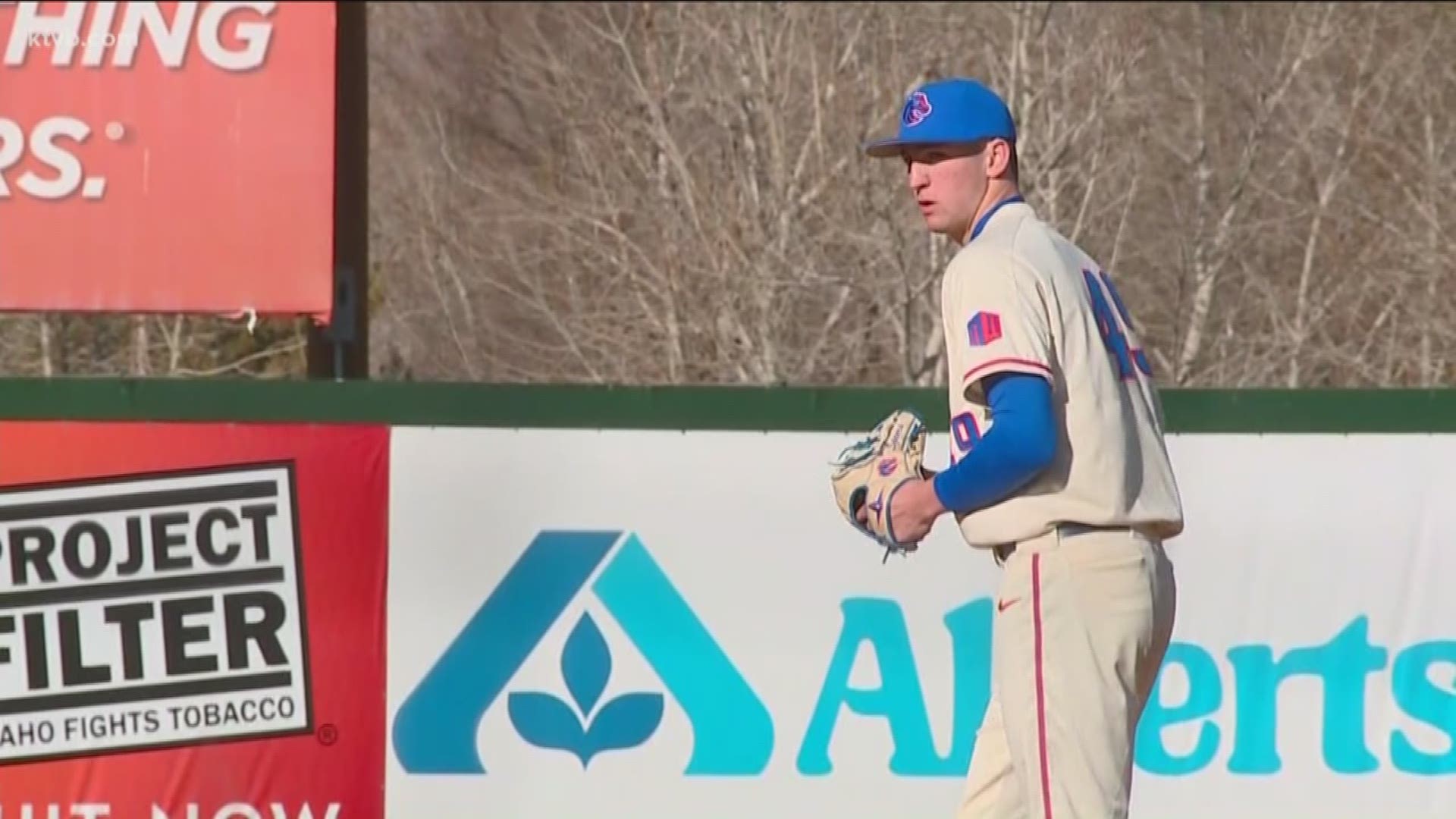 BOISE, Idaho — Editor's note: The above video discusess Boise State athlete's reactions to the news that the university will be cutting several athletic programs.

Yorke is now the first known baseball player to transfer after Boise State announced they will be cutting the baseball program on Thursday.

Yorke announced his commitment to Cal Poly on Friday, just over 24 hours after the Boise State director of athletics Curt Apsey informed the baseball team that their program was being discontinued.

"If Apsey had told us in the Zoom meeting there was a chance that we could raise money and be privately funded, I know I would have waited at least a few weeks to make a decision," Yorke said. "But he told us directly that there was no chance we could raise the money needed and even told us not to try."

"That put me and some of my teammates in a tough situation where Boise State didn't even seem like an option if we wanted to keep playing baseball," Yorke added.

Yorke appeared in 12 of 14 games for the Broncos this past spring. He hit .275 and drove in 8 RBI. Yorke also recorded the program's first hit in nearly 40 years when he singled in the season-opener against Texas.

His next move will be a bit of a homecoming. Yorke is from Campbell, Calif., which is roughly 180 miles south of San Luis Obispo, where Cal Poly is located.

"Cal Poly was a school that I was very interested in back when I was in high school and is going to be a great program for me," Yorke said.

Aspey, who is an alumnus of Cal Poly, tweeted Yorke following his commitment: "Joe, congrats, Mustang land, a great place!"

Yorke replied: "Thank you Mr. Apsey. Bronco Nation is a great place too."

However, it was not an easy decision for Yorke to move on from Boise State so quickly. Considering it is already early July and a majority of collegiate baseball programs have their rosters set, Yorke felt he couldn't pass on Cal Poly.

"With COVID-19 and the stacked rosters and minimum scholarship money remaining, I had to make a decision that was best for me," Yorke explained.

On Friday, a source confirmed to KTVB that there are currently over 2,000 D1 baseball players in the Transfer Portal.

As for Boise State baseball, the future may seem bleak, but Yorke believes if anyone can save the program, it's his former head coach Gary Van Tol.