Hours after arriving in Boise, Boise State baseball commit was told the program was eliminated

"I had no idea that it was going to happen. I don't think anybody did, especially after talking to Gary," Boushelle told KTVB. "[It] just blindsided everybody." 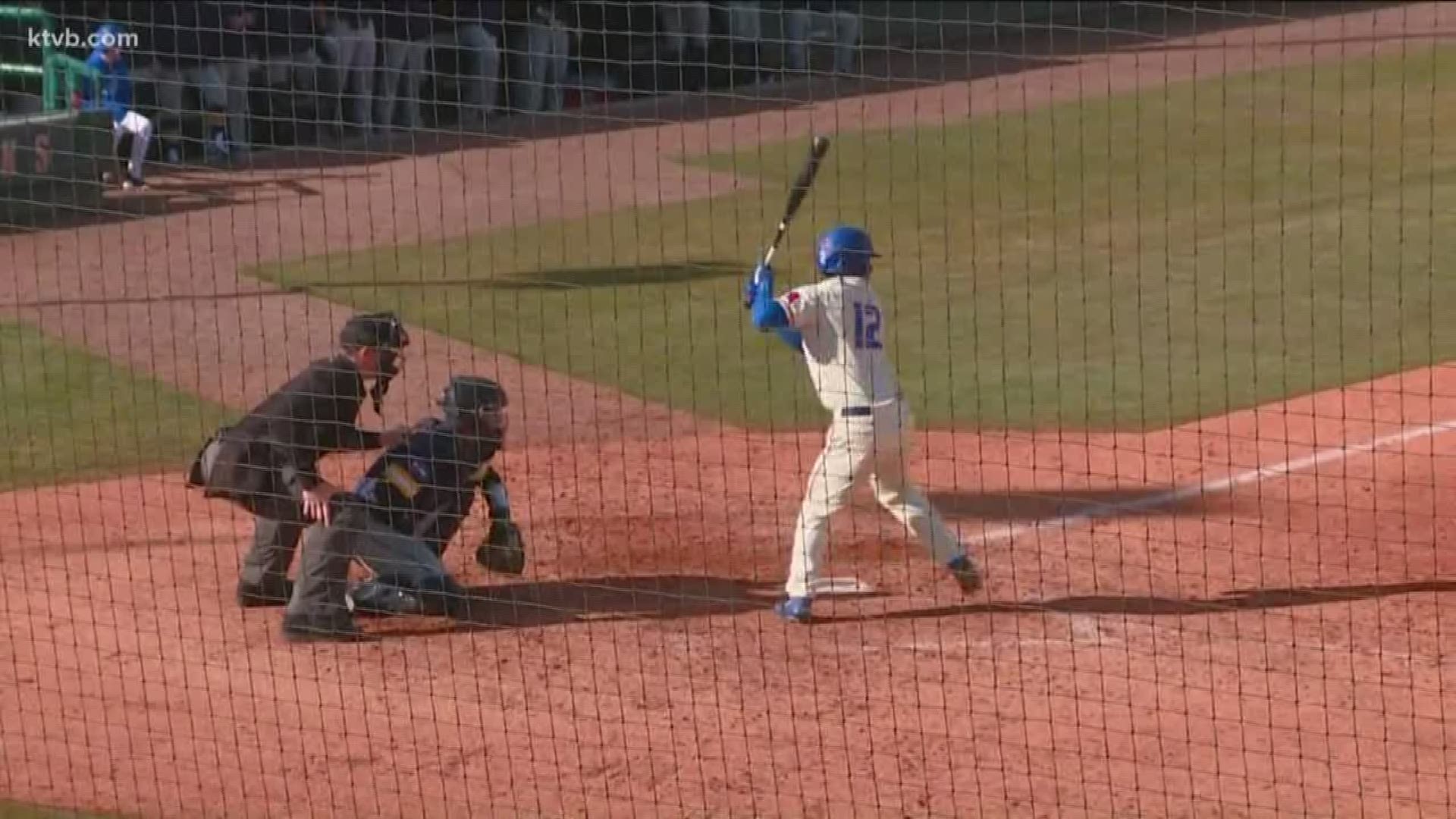 BOISE, Idaho — It doesn't take long to sum up John Boushelle's pitching career at Boise State. One could say it was over before it even started.

Back on Tuesday, the graduate transfer from McNeese State loaded up his life into his car. He and his father then spent a majority of the next 48 hours behind the wheel, peddle down, as they quickly navigated their way from their hometown in Fayetteville, AR to Boise.

It's safe to say the destination did not meet expectations.

"I arrived here late Wednesday night," Boushelle recalled. "Then [I] woke up the next morning, and I got a text from one of my buddies and they said, 'Dude, I'm so sorry to hear about Boise.'"

"I had no idea what he was talking about," he added.

Boushelle's buddy was referring to a tweet he had just seen stating that Boise State's baseball program had just been eliminated.

"I had no idea that it was going to happen. I don't think anybody did, especially after talking to Gary," Boushelle told KTVB. "[It] just blindsided everybody."

"It's disappointing," he continued. "I'm still a little rattled from it."

Ever since Boushelle was drafted in the 20th round by the Los Angeles Dodgers out of high school in 2015, his journey to the mound has been full of twists and turns.

Boushelle started off his collegiate career at Kansas State. The 6-foot-7 right-handed hurler then transferred to Cawley Junior College, where he helped lead the Tigers to a third-place finish at the 2017 NJCAA World Series.

From there it was off to McNeese State in Louisiana. Over the next three years, however, injuries would limit him to just four total appearances.

With one year of eligibility remaining and his diploma already in hand, Boushelle decided to take advantage of a graduate transfer rule, which grants him immediate eligibility at a new program.

Eventually, he was put in contact with Boise State head coach Gary Van Tol, who blew Boushelle away.

"Talking with Gary and the rest of the coaching staff, everybody had an excellent resume," Boushelle explained. "It seemed like they had a really good thing going and I just wanted to be part of it."

"It was the feeling of starting something new. There's just that fresh feeling of being part of something different," he continued. "It seemed like a perfect fit."

Initially, that feeling was mutual. After years of tough luck, what Van Tol saw was a player full of potential. He didn't view Boushelle as simply having a big arm. More specifically, he had a big-league arm.

"Even though we only have one year to work with him, he has a chance to make a huge impact on a young pitching staff," Van Tol said shortly after signing Boushelle in May. "His skill set is very projectable. A lot of professional scouts will want to come to see him pitch."

That may be the case, but it won't be in Boise. Boushelle, who turned down various other offers when he committed to Boise State in May, will now seek out a chance to play elsewhere, reluctantly.

"As of right now, I'm looking for another place to play, which is hard, because now that I'm here in Boise, it's a great town," Boushelle said. "So it's kind of pouring salt into the wound. I've only been here two days now and I love it out here. It's going be hard to leave."

It will be hard to leave for more than one reason though. Just last month, Boushelle signed a lease on his apartment. A one-year commitment to a place that couldn't offer the same commitment to him.

"I haven't heard from the University at all about any of that," said Boushelle. "I've talked to the landlord, but as of right now, I know I'm bound to a year lease."

"As a college student," he continued, "trying to figure out a way through school and taking out student loans, it's tough. It's tough to figure that out."