The Hawks rallied for four runs in the 8th inning and went on to beat Missoula 5-4 to set up a winner-take-all championship game in Boise Thursday night. 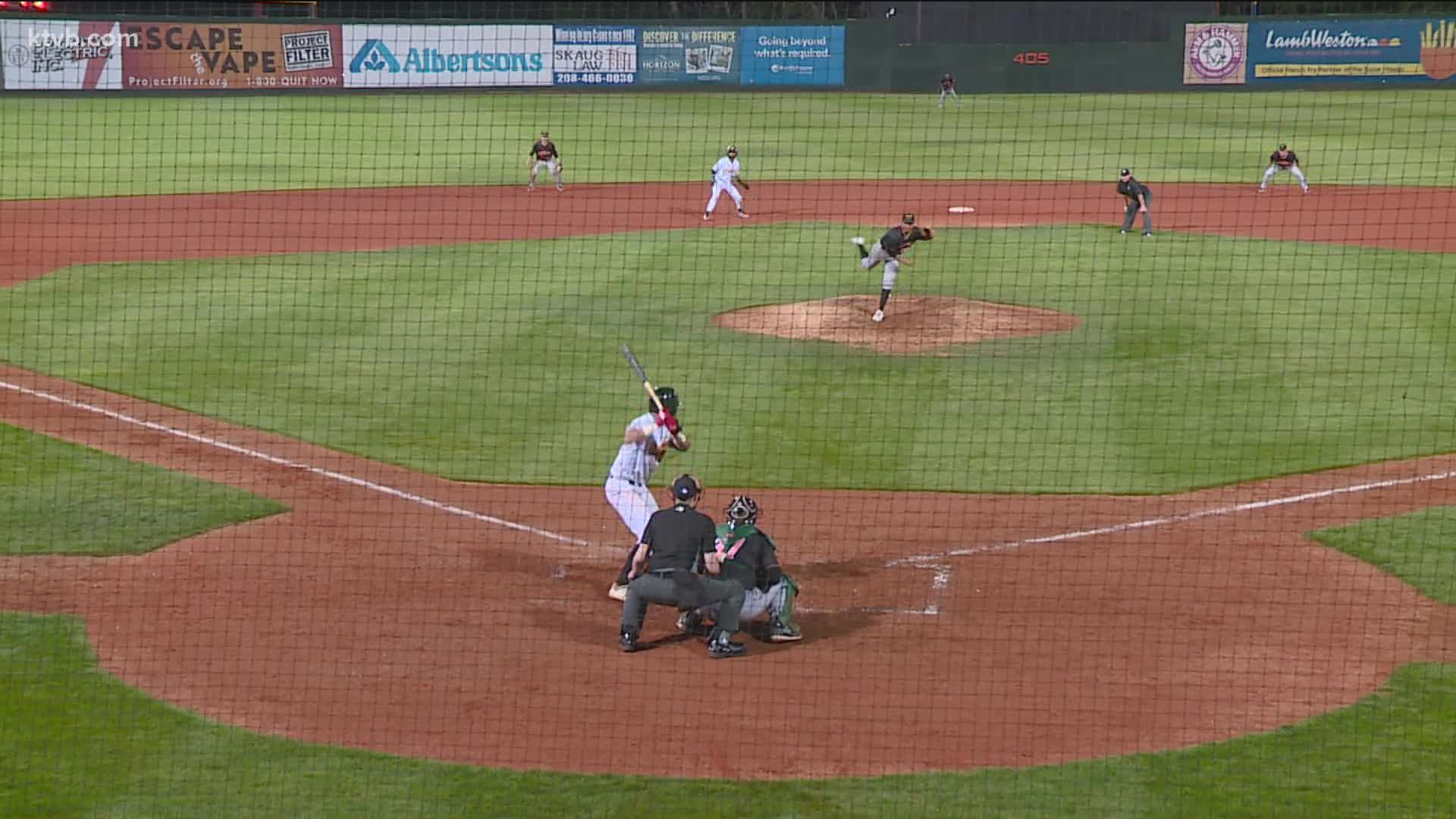 BOISE, Idaho — The Boise Hawks mounted a late rally to stave off elimination in Game 2 of the Pioneer Baseball League Championship Series on Wednesday, to force a winner-take-all decisive matchup on Thursday night.

Down 4-1 in the bottom of the eight, the Hawks led off the inning with four straight hits. Myler Miller and Jason Dicochea started the comeback with back-to-back singles, before Alejandro Rivero smoked an two-run double to right-center field. Wladimir Galindo then evened the game at four with an RBI-double, missing a two-run go-head home run by inches on a ball the caromed off the very top of the centerfield wall.

With one out in the inning, Nate Fisbeck the doubled to left-center field to plate Galindo, as the Hawks grabbed their first lead of the series. It proved to be the game-winning for Boise.

Relief pitcher Connor Dand closed out the top of the ninth, preserving a dramatic, 5-4, come-from-behind victory for the Hawks.

Boise and Missoula will play against on Thursday for the PBL Championship. First pitch is at 6:30 p.m. MT. Jayce Vancena is projected to start for the Boise Hawks, with the winner of the game being crowned PBL Champions for 2021.