Boise Hawks seeing success on the field and at the gate

How have the Hawks managed to increase their average attendance by almost 30% from a year ago? 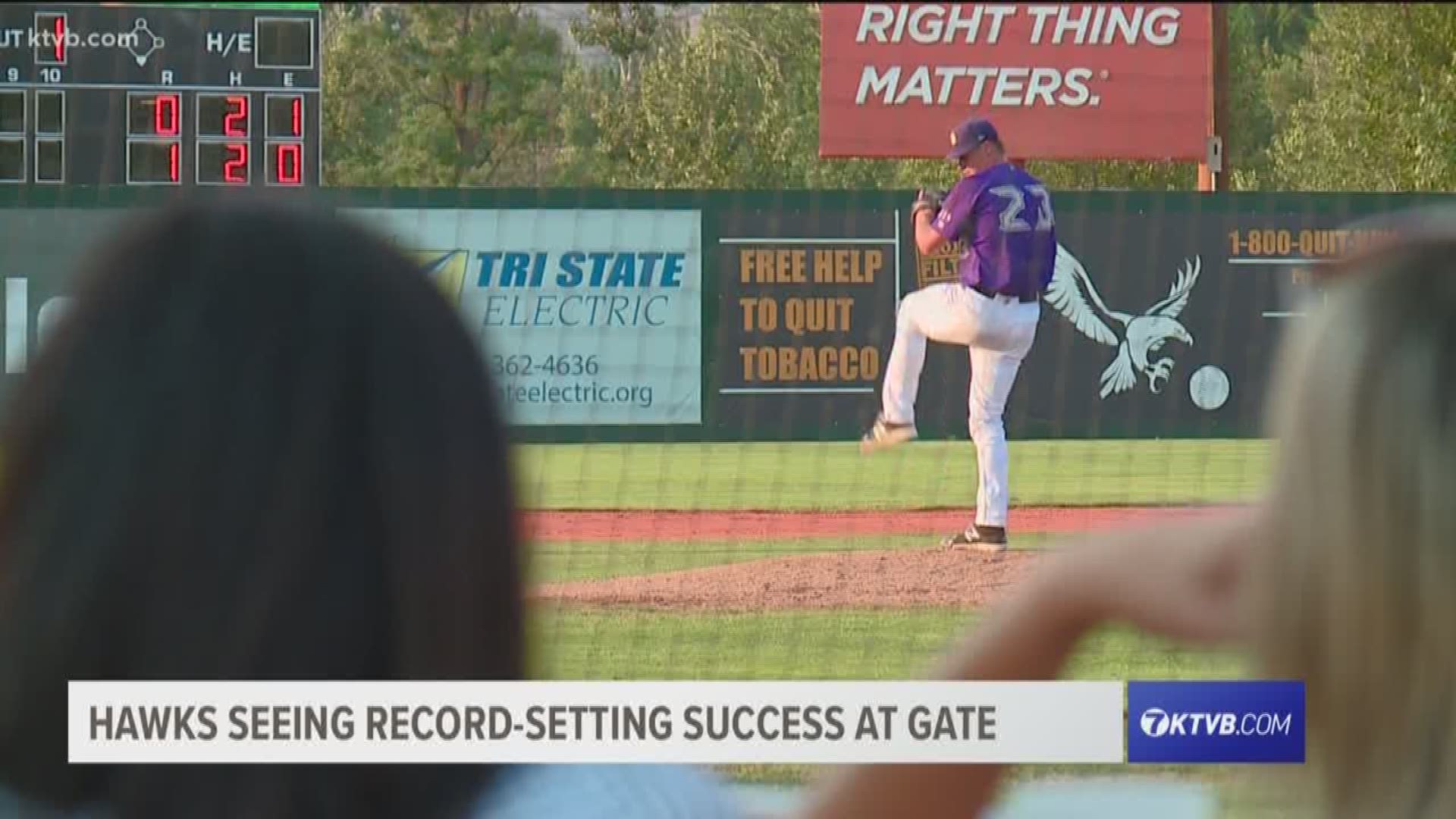 BOISE -- If you've ever been to a baseball game, you've probably heard the tune "Take Me Out to the Ballgame."

So far this season, "Take Me Out to the Ballgame" has also been a plan of action by the Boise Hawks fans.

The Hawks have received more support this year than another year on record, which dates back almost 20 years.

So far this season, the team has sold out their first seven home games.

So far this season, the Hawks have had an average of 3,801 people at each game. That means on average, they're at about 110% capacity every game, as fans are even taking advantage of standing room only areas.

"This is the fourth year that we have surpassed budget and season tickets," Boise Hawks General Manager Bob Flannery said.

So, what is the difference? How have the Hawks managed to increase their average attendance by almost 30% from a year ago?

"Since the ownership change in 2015, the community has been really receptive to a lot of the changes we've brought to the stadium, mostly about families and customer service," Flannery said.