The Boise Hawks will hold the two day camp on April 30 and May 1. 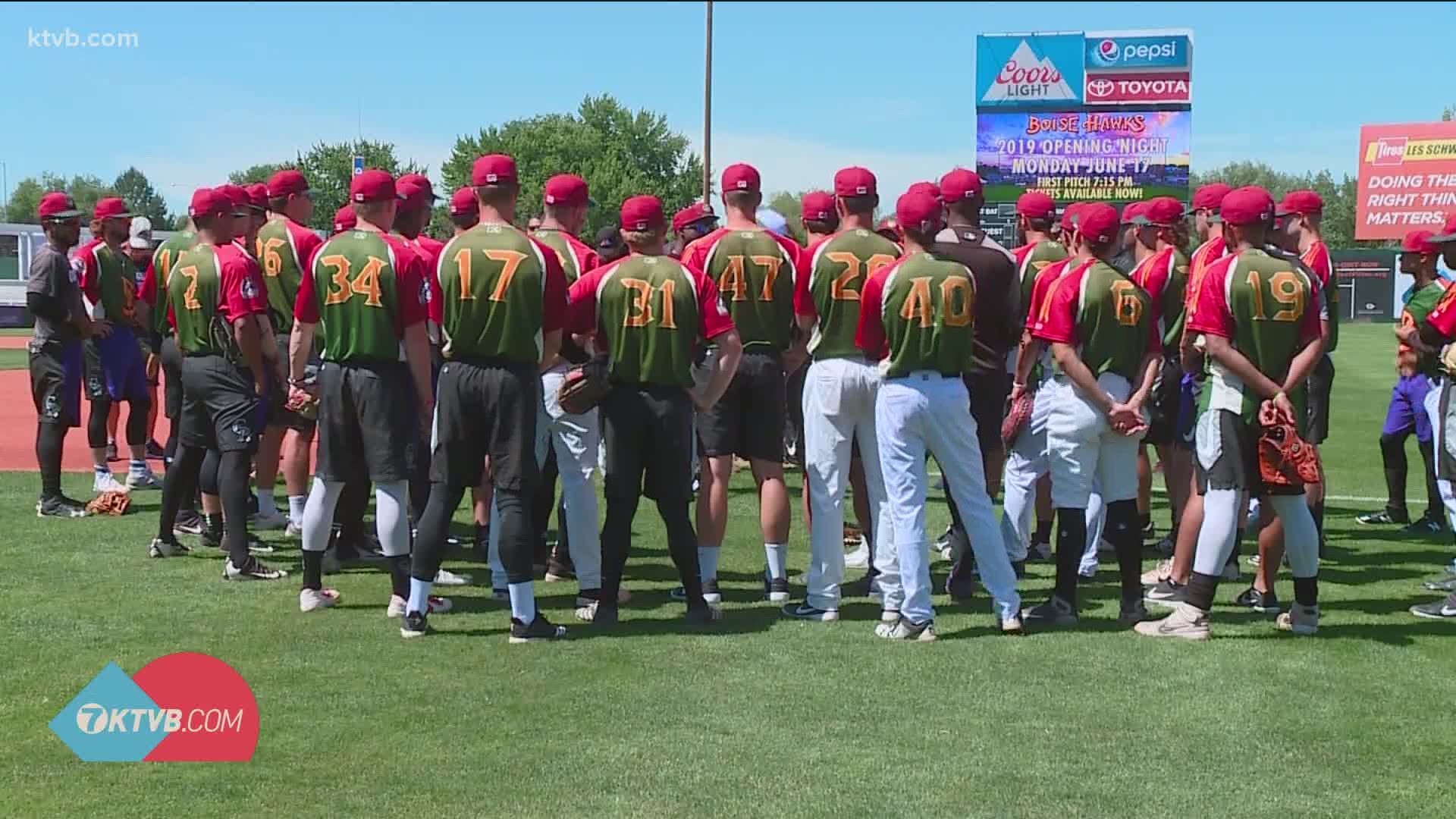 BOISE, Idaho — The Boise Hawks announced that the team will hold a two-day tryout camp for possible players at the end of April.

The camp will be on April 30 and May 1 at Memorial Stadium in Boise with position player warm-ups, batting practice, bullpen sessions, throwing and defensive drills and measuring 60' times. On April 30, the camp starts at 5 p.m. and at 1 p.m. on Saturday, May 1.

If poor weather happens on April 30 or May 1 and forces to camp to be canceled, it will not be rescheduled.

Interested players cannot have more than three years of professional experience to tryout and must provide proof of COVID-19 vaccination or a negative test within 72 hours prior to camp. Participants need to fill out a form that can be found here.

Attending the tryout won't mean a spot on the team, according to the Hawks.

The 2021 season will be the Hawks' first season as a member of the Pioneer Baseball League, an independent league with a partnership with the MLB.

For the last several decades, the Hawks were part of the Northwest League. But the MLB drastically changed the minor league system, leaving 40 teams like the Boise Hawks without an MLB affiliate. Without an MLB-minor league to join, the Hawks joined the Pioneer League in December.