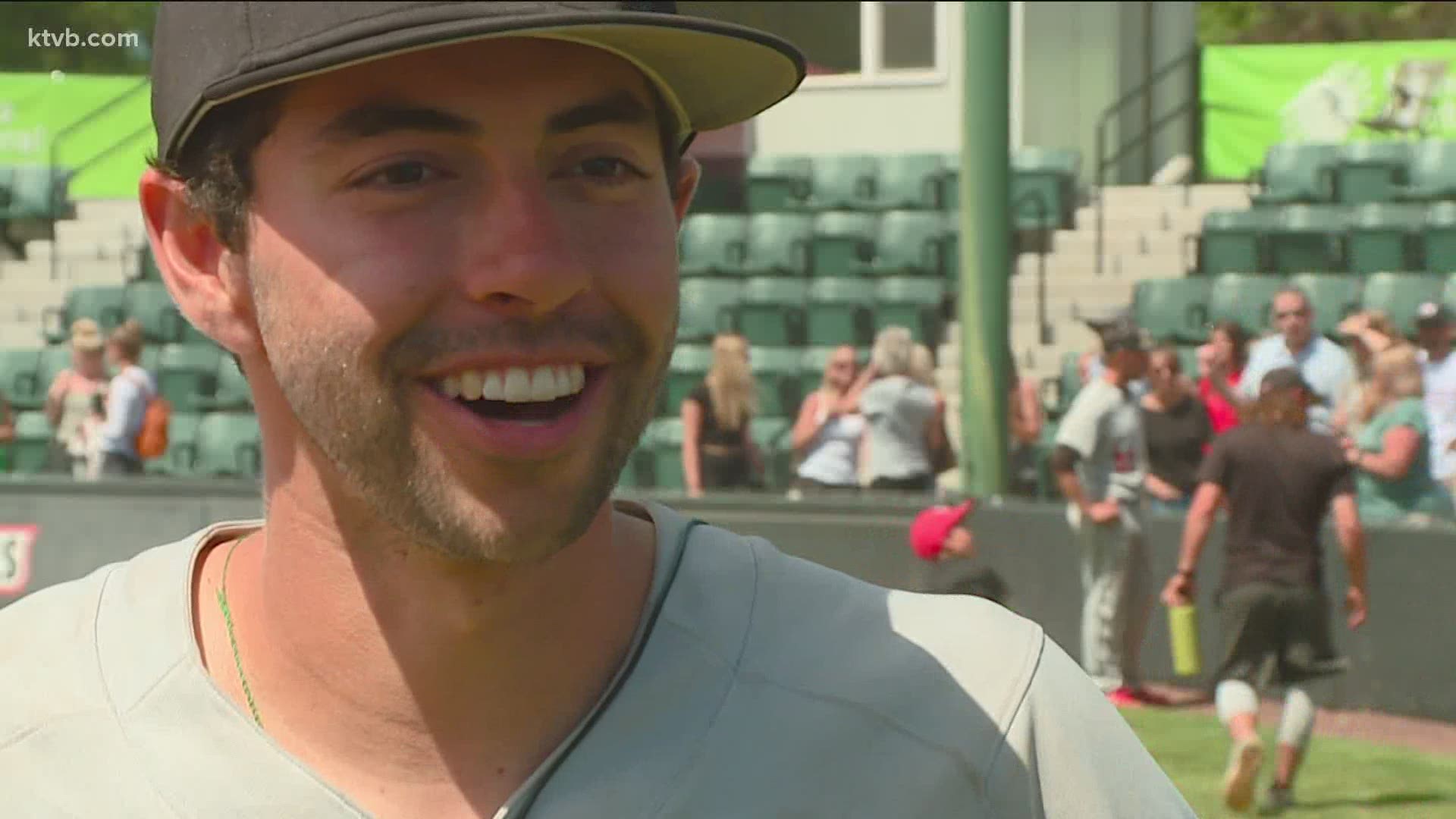 Gonzalez has been red-hot over the last month, hitting .313 with 10 home runs and 18 RBI in 14 games. His streak follows a 15-game stretch over the six previous weeks where Gonzalez posted a .146 batting average and failed to hit a single home run.

The legend continues to grow for @NNUBaseball senior 1B John Gonzalez.

"He's an older guy, he's experienced, he's been around the block a little bit," head coach Joe Schaefer said. "There was a turning point about two or three weeks ago, where he was swinging and missing a lot. He realized something had got to change, and the guy is not afraid to work."

One day before breaking the record, Gonzalez hit a dramatic game-tying three-run home run with two outs in the bottom of the ninth in an elimination game at the NCAA DII West Regional. The Nighthawks rallied back to win 7-5, keeping their record-setting season alive.

Senior John Gonzalez stepped into the box as the potential tying run.

Despite his massive power, you couldn't ignore he had K'ed 10 times in 11 ABs at West Regionals.

"It's been a long time for me," Gonzalez explained. "I've been longing for this time to come and I couldn't have done it with any other group, honestly. It's been quite amazing. I wouldn't be here without every single one of my teammates. Literally no doubt about it."

"To be Tournament MVP last week in the conference championship tournament, and then come out here and have a couple of phenomenal games, that's who he is," Schaefer said. "He's a leader, he's got the experience, he's mature, and he shows up big when we need him."

Gonzalez thanks Schaefer, the coaching staff and his teammates for believing in him and knowing what he was capable of.

Despite struggles at the plate, Gonzalez believed in himself.

"I was looking for my pitch, I got my pitch, and I wasn't going to miss it." pic.twitter.com/7IIScwpGKv