There will be two names on the backs on the caddy's bibs at this year's tournament. 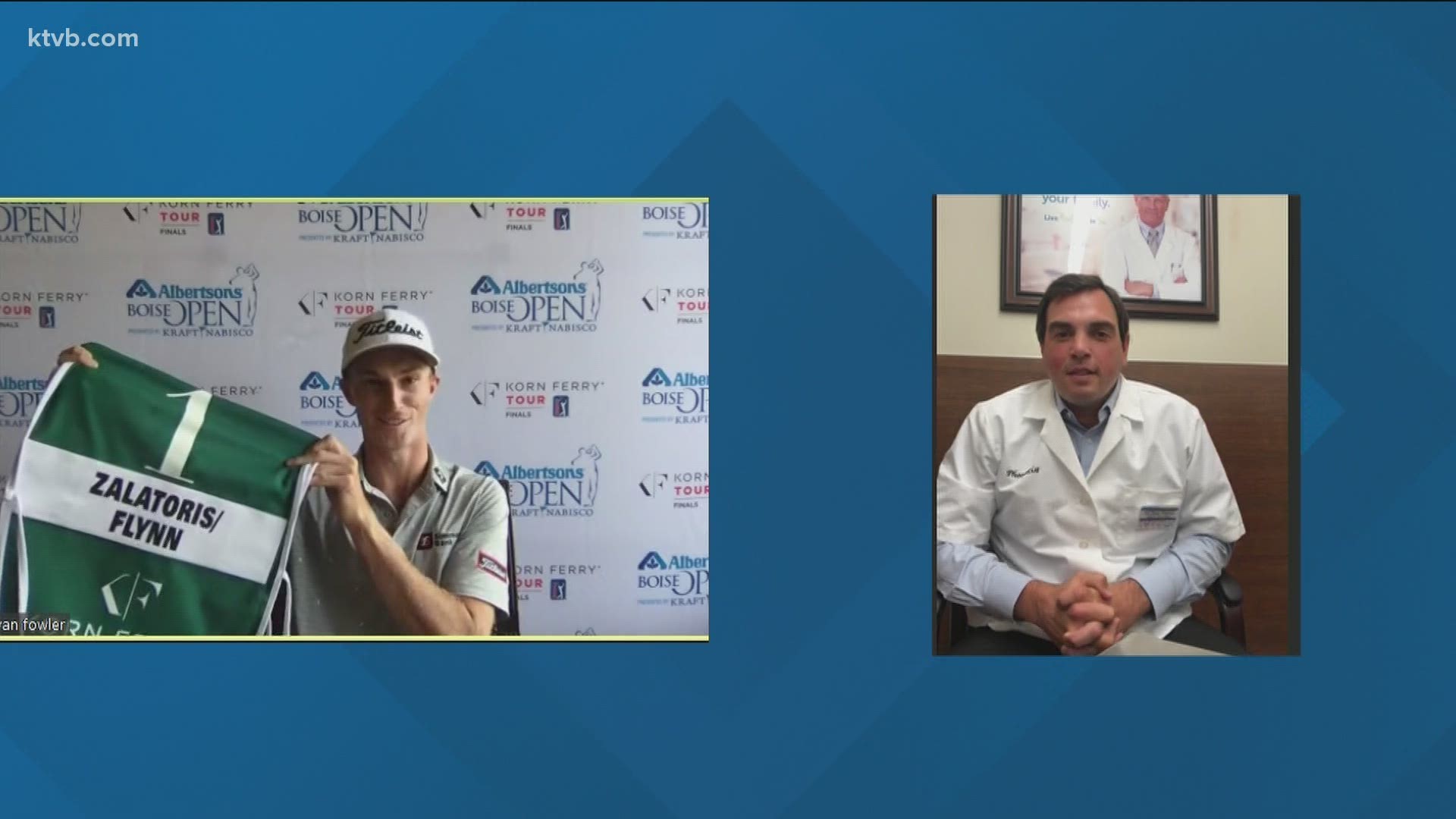 BOISE, Idaho — The 31st annual Albertsons Boise Open tees off from Hillcrest Country Club Thursday morning, and to say there will be a few changes in this year's event would be the biggest understatement in the three-plus decades of his summer classic in Idaho.

Normally, one of the Korn Ferry on the PGA Tour's biggest attended events will be void of fans.

No corporate tents, no concerts, just 140 of the world's top players coming together in one of the final events of their season trying to get to the PGA Tour.

Also different this year, the names on the back of their caddy's bibs.

This week there will be two names on the backs.

One for the player and one for a local frontline healthcare worker or first responder who have been our heroes during the pandemic.

Will Zalitoris is the tour's number one player. He won the Colorado Championship earlier this summer and will play this week, looking for his second victory, with the name of Tim Flynn under his.

Tim is a patient care pharmacist, who, for the last five months has been assisting those whose health care facilities were closed, get the medication they need.

He's been training pharmacists to administer specialized medicine to those unable to see their doctors. His tireless work during the pandemic made him a virtual teammate to the tour's leading player, who is looking to win again, this time with a little added motivation.

"I've heard what Tim has done for I guess the greater city of Boise," Will Zalitoris said. "Obviously, all of our first responders and everyone who is on the frontline, I can't thank you enough Tim for everything and so obviously this is going to be cool to have your name on our back, on my caddy's back, and hopefully we'll do you proud this week. Looking forward to having your name on here, thank you again for everything that you've done."

"You know, it's pretty special to have honor," Tim Flynn said, "and I've looked into a few videos and a few of the stats as well, you know, he's a pretty amazing golfer and he can swing a club."

Tim said he is hoping that the next time he gets to see Will play will be in person at the first event of the new year on the PGA Tour -- The Sony in Honolulu. He would definitely deserve to make the trip.

Will tees off Thursday at 1:14 p.m. alongside the tour's number two player, Davis Riley, who also happens to be Will's roommate! They will get some airtime.

Also, the man who lived in the Treasure Valley as a youngster, and after moving to Oregon with his parents came back to visit his grandparents every summer at Eagle Hills, Robert Garrigus, goes off Thursday morning at 8:00.

The Golf Channel will have two hours of taped coverage of the Albertson Boise Open beginning Thursday night at 7:00.