Boise State football: The QB behind the curtain

It’s beginning to look a lot like a football game on Saturday. And it looks like Jack Sears will be back in uniform for Boise State. 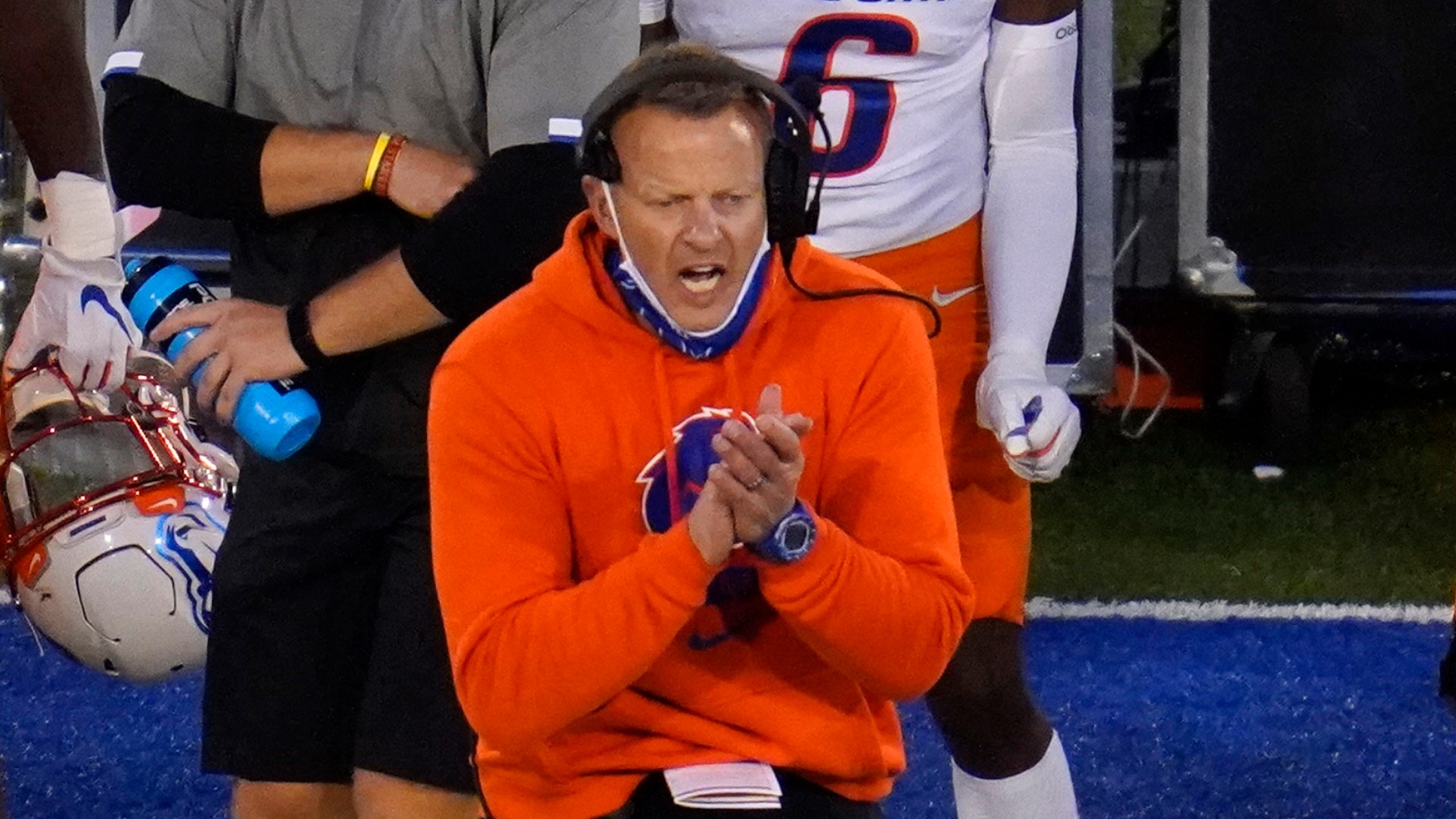 Let’s pick up where we left off last week in our game prep discussion. So, what kind of a Jack Sears sighting will there be Saturday at War Memorial Stadium? Sears began practicing last week for the first time since suffering a head injury against BYU. Boise State offensive coordinator Eric Kiesau had said he’d have some kind of role against UNLV, possibly similar to the season opener against Utah State.

If that’s the case at Wyoming, it won’t be all that much of a role. Sears played a couple of snaps during one second quarter series in the opener and several more after halftime. It was the following week that he replaced Hank Bachmeier at Air Force and went off to the tune of 280 passing yards and three touchdowns. Now that the Broncos know a lot more about Sears, I’d expect this role to be a bit more creative.

Boise State wants to make the Mountain West championship game on its own terms, and a healthy John Bates should make a difference at Wyoming. The senior tight end said last week he’s “100 percent” again after being limited the past two games. Bates had 12 catches for 117 yards for the season after the first quarter of the BYU game. He hasn’t had a catch since. Not that the cupboard has been bare at tight end. Riley Smith has had a breakout year, with nine receptions for 87 yards and a touchdown and four rushes for 37 yards and another TD. The Broncos would love a three-pronged attack at that spot. Sophomore Tyneil Hopper has played a lot this season and has been valuable as a blocker. He made the first catch of his college career at Hawaii.

The last time we saw the Broncos, they failed to score a touchdown on a red zone trip for the first time this year, settling for a field goal in the first quarter at Hawaii. But they get a mulligan for that, because they’re one of just four teams in the country to score points each time it has entered the red zone. Boise State is 16-for-16 with 15 touchdowns. If they Broncos stay the course inside the Wyoming 20-yard line Saturday, it bodes well for them. Very well. On the other side, Boise State ranks ninth nationally in third down defense, stopping its opponents 70.3 percent of the time. That’s in line with the Cowboys’ biggest area of futility last week, as they were just 1-for-11 on third down conversions in the stunning 17-16 loss to New Mexico.

QUICK TURN FOR THE NFL COWBOYS

Dallas played Tuesday Night Football this week (such as it was), absorbing a 34-17 loss at Baltimore. The Cowboys stay on the road and get all of a five-day breather as they visit Cincinnati on Sunday. Former Boise State star Darian Thompson was one of the only redeeming factors for Dallas against the Ravens. Thompson collected his second career interception—and his first in three years—while making seven tackles. Meanwhile, Leighton Vander Esch wasn’t his normal sideline-to-sideline self, logging only five stops. DeMarcus Lawrence had one tackle for the 3-9 Cowboys.

As we sort out the immediate future of the Boise Hawks in the Pioneer League, consider this. I saw this in a Facebook comment: “Could this be a comeback for Joey Martarano?” It might not be Martarano, but that’s an example of something that could happen as the Hawks sign their own players. There will be those who are past the “audition age” for Major League Baseball but still plenty left in the tank. In the Pioneer League, players must have less than four years of professional experience. Martarano has played in three pro seasons.

Martarano was the former Fruitland High star who played football for Boise State from 2014-16. A broken leg late in his junior season was discouraging enough to send him back to baseball, even though he was a probable starter at linebacker for the Broncos in 2017. He played a season in the Cubs organization, the one that drafted him in 2014, before retiring. He toyed with the idea of playing football at College of Idaho in 2018, but a summer shoulder injury ended it. Martarano is 26 now. It’s at least worth a phone call.

IGNORING THE ARC, AT LEAST FOR ONE GAME

This statistic did stand out to me when I looked at the box score of Boise State’s 74-70 win over BYU Wednesday night. The Broncos attempted only 10 three-pointers? How many times did Justinian Jessup try that many all by himself last season? KTVB’s Jay Tust and his incomparable #TuSTATS came up with this. The Leon Rice Era at Boise State has spanned 330 games. The BYU game marked just the fifth time the Broncos attempted 10 treys or less in a single game (and they’re 4-1 in those contests). The number will go back up when Marcus Shaver Jr. returns to the lineup, but that’s still somethin’ else.

As we look ahead, Boise State men’s basketball wasn’t supposed to play again until Tuesday at home versus Santa Clara. But hey, it’s Santa Clara. From Santa Clara County. And the “other” Broncos have canceled the game in ExtraMile Arena. Maybe it had something to do with having to quarantine for 14 days once they return. Boise State continues to work the phones, though, and it has picked up a home game versus Weber State Sunday afternoon. The Wildcats, who had their Saturday game at Utah State canceled, are 2-0. On the women’s side, the Broncos rolled past Eastern Washington Thursday afternoon, with Mallory McGwire scoring 18 points and Alexis Mark 15. Boise State plays at BYU Saturday afternoon. And the College of Idaho men have arranged for a game at Eastern Washington on Sunday.