Boise State’s frustrations with turnovers last season was the stuff of infamy. The Broncos had half a breakthrough at UCF. They need to round it out sometime soon. 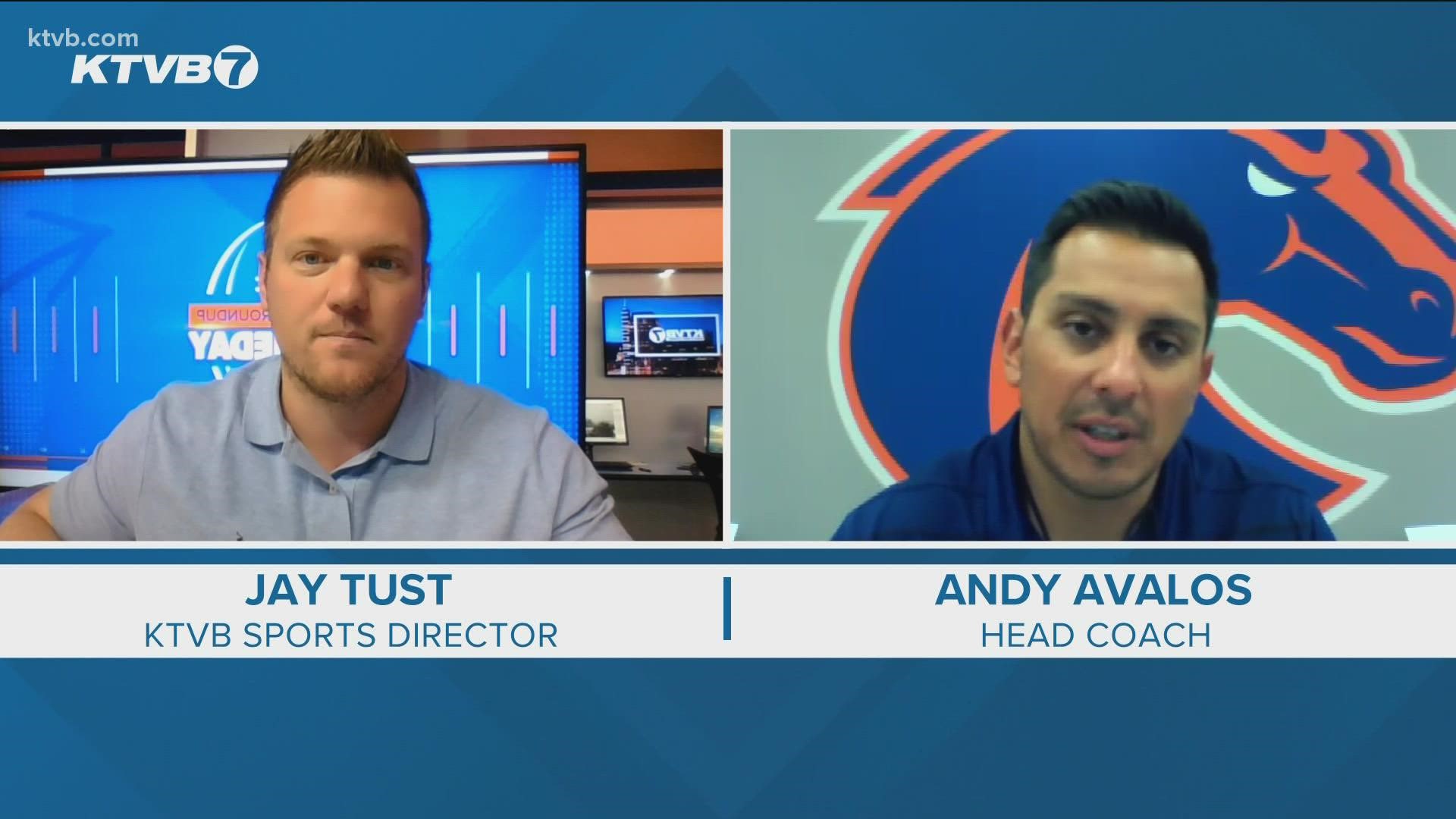 Boise State got off the schneid in the interception column last week with Tyric LeBeauf’s two picks, one them scoring a touchdown and the other setting up one at UCF. Now to the other side of the turnover ledger. The Broncos are way overdue for a fumble recovery as the UTEP game approaches tonight. The team numbers are stark. Boise State recovered 17 fumbles in 2018, the most in the nation. That was also Andy Avalos’ last season as defensive coordinator before going to Oregon. Coincidence? The Broncos had nine recoveries the following year—and have been goose-egged since. Their last fumble recovery was in the 2019 Mountain West championship game against Hawaii, when Sonatane Lui sacked UH quarterback Cole McDonald and knocked the ball loose. It was Demitri Washington who scooped it up.

Boise State will be without Kekaula Kaniho for the first half tonight against UTEP, and the reason is still a head-scratcher. Kaniho, a captain and as high character a guy as there is on the team, was ejected for targeting in the fourth quarter at UCF. It was the perfect storm—a bang-bang play that caught Kaniho using the crown of his helmet. Replacing him at the nickel spot will be redshirt freshman Rodney Robinson, who played plenty in the Bounce House. Robinson, who packs some power in his 5-8, 177-pound frame, made five tackles. He should hold up just fine versus the Miners.

There’s been a lot of talk about the new atmosphere awaiting Boise State fans at tonight’s home opener on the blue turf. Beer and seltzer will be available (including pregame at DeChevrieux Field), and there’ll be an expanded area on the east side with beverages and food trucks. It’s a White-Out, and here’s hoping there’s compliance with the mask mandate. If there isn’t, they’ll have to take a hard look at what to do with attendance at the Oklahoma State game next week. One subject hasn’t really been mentioned: the weather. There is some rain (what’s that?) likely this afternoon, and that tends to discourage fans. Never fear—this evening looks fine.

There are four games to touch on in the Mountain West. It’s unusually early in the season for a Commander-In-Chief’s Trophy game, but Air Force visits Navy Saturday. Why? Check the date Saturday. The Falcons are happy to play this now so it doesn’t distract them during the conference season. New Mexico has to beat rival New Mexico State Saturday night if the Lobos’ rebuild is to mean anything. San Diego State, coming off a lackluster win over NMSU, faces Pac-12 bottom-feeder Arizona. And Colorado State meets an SEC school at home. But it’s not just any SEC school. It’s Vanderbilt, which lost 23-3 last week to East Tennessee State. Of course, CSU is trying to recover from its own FCS nightmare, the 19-point home loss to South Dakota State.

WHY WOULD YOU GO TO THE AAC?

It’s a roundhouse right to the American Athletic Conference: the pending departures of UCF, Cincinnati and Houston to the Big 12. Pete Thamel of CBS Sports reports that league presidents will vote on expansion today. So AAC commissioner Mike Aresco is scheming. Boise State’s name has come up, naturally (although who knows if Aresco is still bitter about the Broncos reneging on its commitment to join what was then the Big East). This would not be a good time for Boise State to entertain that move. Football only? And send the Broncos’ other sports to, uh, the WAC? It would have to be all sports. But to what end? The Mountain West and AAC will be close to even strength. Trying to pretend there are rivalries to be built on the other side of the country is...unrealistic.

A QUARTER OF LAST WEEK’S POINTS WOULD BE GOOD

We know Idaho will use two quarterbacks at Indiana on Saturday. CJ Jordan and Mike Beaudry will split time, according to coach Paul Petrino, with a cameo from hybrid Zach Borisch. Now we’ll see how much their wide receivers can help them as they try to put up points on a Big Ten team. The Vandals’ Hayden Hatten had 106 yards receiving on just two catches in the 68-0 rout of Simon Fraser last week, including a 71-yard touchdown reception from Jordan. Small but shifty Michael Noil was a pleasant surprise with four grabs for 68 yards. Cutrell Haywood, Idaho’s leading returning receiver from the spring season, did not play last week.

THE HAWKS ARE ONE DAY AWAY

Ninety-five games down and one to go in the regular season for the Boise Hawks. And with a come-from-behind 9-7 victory Thursday night at Ogden, the Hawks not only won the Pioneer League Southern Division second-half title outright, they have clinched a .500 campaign overall after that 4-15 start. If they prevail tonight, it’s a winning season. The Hawks’ focus is more on Saturday night, though, when they face Ogden in a winner-take-all first-round playoff game for a berth in the PL Championship Series. If the Hawks don’t advance, it won’t be because they didn’t put their best foot forward. They’re going to start their best pitcher Saturday, Matt Dallas, the Capital High grad who leads the Pioneer League in strikeouts.

This is a good idea. To celebrate a quarter-century since the establishment of their franchise in 1996 (a year before they started playing), the Idaho Steelheads are hosting a 25th Anniversary Reunion Game on Saturday, October 9, in Idaho Central Arena. The teams will be stocked with former players going all the way back to 1997-98, including some recently-retired Steelies. Two of the players whose numbers have been retired, Steelheads legends Cal Ingraham and Marty Flichel, will serve as captains of the two squads.

The East Coast Hockey League votes to absorb the West Coast Hockey League, including the Idaho Steelheads, beginning in the 2003-04 season. The WCHL was down to six teams after the demise of the Tacoma Sabrecats following the previous season, though it did have expansion franchises slated for Las Vegas, Reno, and Ontario, CA (the Reno franchise never happened). The move by the ECHL created a huge national Double-A minor league for pro hockey.