Boise State football: How did the Aggies get here?

What’s the opposite of “shadow of your former self?” Whatever it is, Utah State is experiencing it. Last year’s Aggies can’t hold a candle to what’s going on now. 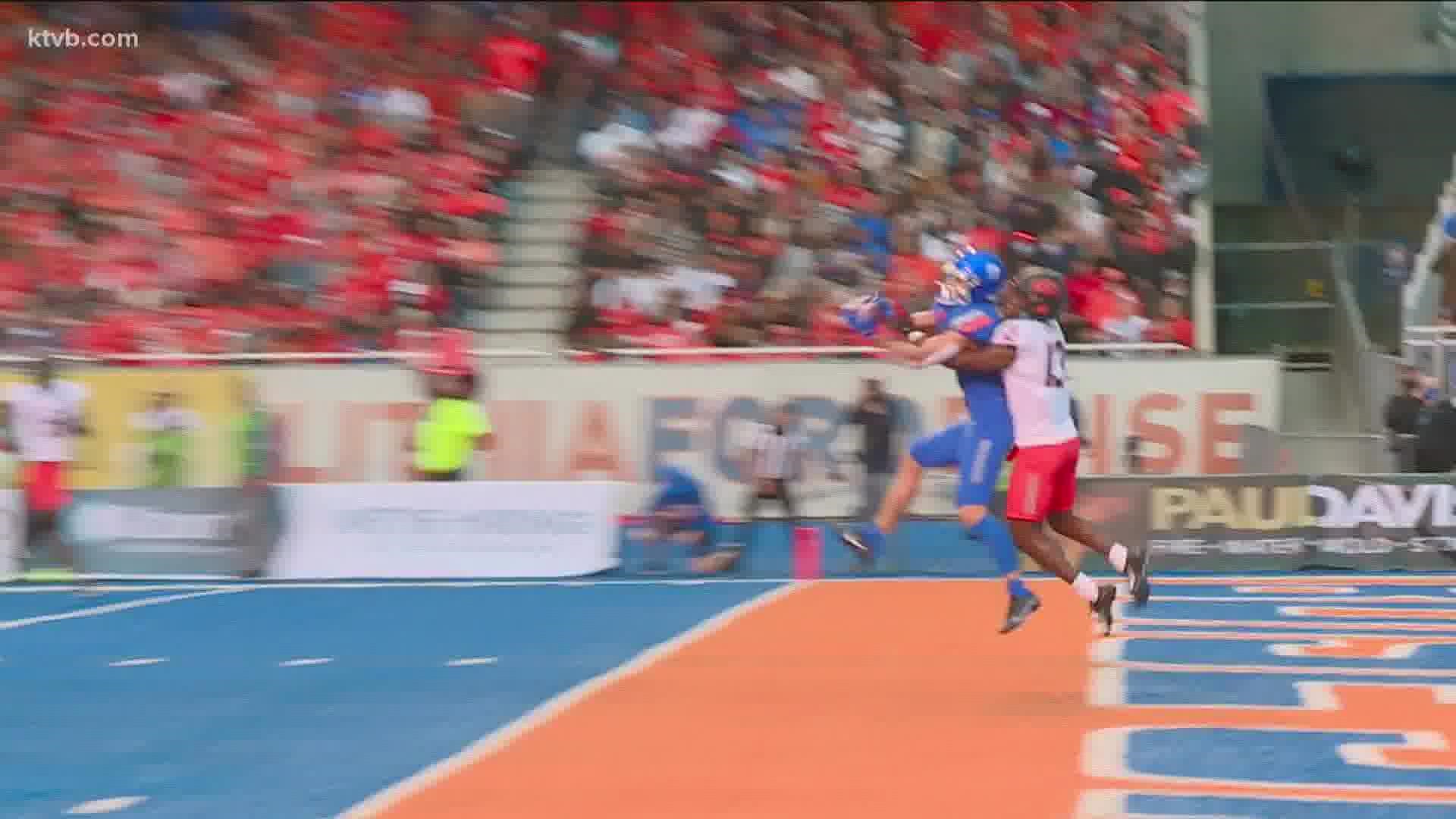 Utah State’s outlook going into its game at Boise State Saturday is a lot different than it was a year ago, and not just because it’s at home in Maverik Stadium at 10:00 in the morning. The Aggies are 3-0 for the first time since 1978, a far cry from their 1-5 COVID-shortened season in 2020 that began with a 42-13 loss on the blue turf. One reason for USU’s hot start is worrisome for the Broncos: Utah State has dominated the fourth quarter, outscoring its opponents 51-10. The Aggies, third in the nation in total offense, also rush for 206 yards per game (cough, cough). You think Khalil Shakir has had a good start to the 2021 season? USU’s Deven Thompkins already has 25 catches for 454 yards and three touchdowns. His 151 yards per game is No. 1 in the nation.

George Holani, who has rushed for 278 yards and has scored four touchdowns in his two games against Utah State, has a bigger hurdle this year in Logan. He leads a Boise State rushing attack that ranks 123rd out of 130 FBS teams. So there’s one goal that might not be met. The Broncos have prided themselves on their 1,000-yard rushers. They had 11 in a row dating back to 2009 before the coronavirus turned last season inside-out. Holani was the last in 2019 with 1,014 yards. I was prepared to allow the streak to continue this year wirh an asterisk, but it’s not going to happen without a miracle. Here’s the math. To hit 1,000 in the regular season, Holani would have to average 105 yards per game and Cyrus Habibi-Likio 104. Raise your hand if you think that can happen.

WHERE ARE CT AND DEMITRI?

Going into the season, CT Thomas and Demitri Washington were expected to be two of the key performers for Boise State. Not to say that they are missing persons, but September has been very quiet for that duo. Thomas has two catches for 16 yards this season and did not have a grab against Oklahoma State, ending a streak of 39 straight games with a reception. Washington, who was seen as the heir-apparent to sackmaster Curtis Weaver last year before an injury ended his season, has eight tackles in three games and has not recorded a sack yet.

How interesting—after the way Boise State lost the game last Saturday. Oklahoma State coach Mike Gundy went after the officials when he got back to Stillwater, decrying the roughing the passer call against OSU on Hank Bachmeier during the Broncos’ ill-fated final drive. “Yeah, they missed the call,” said Gundy. Then a reporter asked Gundy, “What do you tell Brock (Martin) or another defender in a situation like that?” Replied Gundy, “Bad breaks, crooked refs.” Wow. Not a word about the erroneous whistle that cost Boise State the potential winning touchdown just before that. Or the bleeding of the clock while the officials stopped play for substitutions one play later. Look who’s talking. (I won’t even go into the first-half pass interference call on Rodney Robinson.)

SLIGHT DROP IN THE FBS RE-RANK

Despite Boise State’s disappointing loss to Oklahoma State, the Broncos didn’t take too big a dive in Paul Myerberg’s “College Football Re-Rank 1-130” this week at USA Today. Yes, the Broncos dropped 10 spots, but they’re still No. 37, one notch below Nevada. Let’s venture higher on the list. Fresno State at No. 25 is expected, but Myerberg has San Diego State at No. 23. The Aztecs are one of nine teams in the Football Bowl Subdivision and two in the Group of Five, along with BYU, to notch two wins against Power Five competition (they’ve beaten Pac-12 schools in back-to-back weeks). San Jose State is No. 55, Utah State No. 59, Wyoming No. 60, and Air Force No. 62. Having eight of its 12 schools rated 62nd or higher is actually rarified air for the Mountain West.

WILLIAMS BACK DEEP TO RECEIVE

Avery Williams is settling in as Atlanta’s punt and kickoff return man. The former Boise State star didn’t break anything last Sunday in the Falcons’ 48-25 loss to the Tampa Bay Buccaneers, though. Williams returned two punts for 11 yards and four kickoffs for 59 yards. He didn’t play any snaps on defense against the Bucs. We knew it would take time for Williams to work his way into the defensive rotation, since he wasn’t drafted for that. He was criticized the week before for letting a punt bounce inside the 10-yard line, but Atlanta special teams coach Marquise Williams fervently defended him, saying he was doing what he was coached to do.

There’s plenty of defense to go around at College of Idaho right now. Exhibit No. 1 is linebacker Tanner Leaf. The former Capital Eagle has been named NAIA National Defensive Player of the Week after logging 10 tackles, including four tackles for loss and two sacks in last week’s 29-3 win over Southern Oregon. There’s also Taeson Hardin, the preseason All-American whose interception set up the touchdown that put the game away against the Raiders. Hardin has been drawing quite a few NFL scouts at practice in Caldwell, and a number of them will likely make the trek up I-84 to La Grande Saturday for the Yotes’ rivalry game at Eastern Oregon.

There’s a new book out: “Coach ‘Em Up—the Skip Hall Story." How the Power of Influence and Encouragement Changes Lives.” Hall coached at Boise State from 1987-92, and despite a career record of 42-28, he was not retained after the 1992 season. It’ll be interesting to see how Hall views that chain of events. But the book spans the globe; Hall coached under Don James at Kent State and Washington for the bulk of his career. Nick Saban was also on the Kent State staff, and Hall had the famed Alabama coach write the foreword, including: “His leadership inspires and influences all who are lucky enough to know him. He always went above and beyond to encourage his players and fellow coaches. Take the lessons learned from this book and apply them to your own life.” Hall’s book is available on Amazon.

The Boise Hawks are sold to Agon Sports and Entertainment after being owned for eight years by Minor League Holdings. Agon president Jeff Eiseman promised to create “new experiences at Memorial Stadium,” and it was expected there would be a renewed push for a new stadium for the Hawks. That effort continues to this day. The club also became a farm team of the Colorado Rockies after the Chicago Cubs ended a 14-season affiliation with the Hawks.