If the oddsmakers—and an ESPN index—are correct, Boise State football is in territory not charted in 20 years. Remember Dan Hawkins’ “Prove It” motto? There you go. 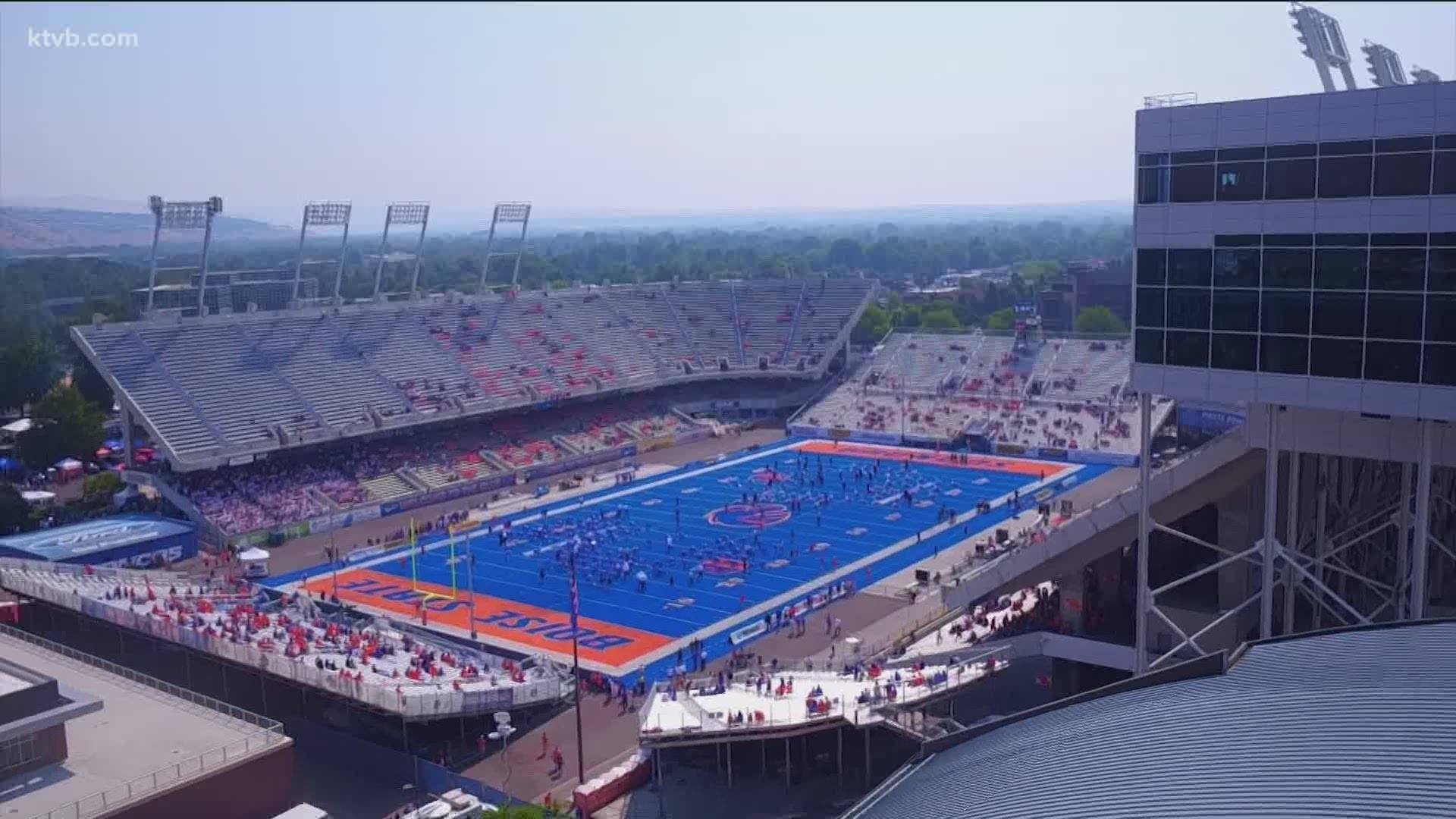 We’re starting to get an idea of what Boise State is up against in the season opener at UCF in September, at least in terms of oddsmakers’ perceptions. The Broncos are 10-point underdogs to the Golden Knights, according to the South Point sportsbook in Las Vegas. That seems huge on the surface, but that’s the hand Boise State is being dealt. It started with ESPN’s first Football Power Index rating the 2021 Broncos as No. 78, a chip-on-the-shoulder throwback to 20 years ago. A lot of weight is being applied to the fact they have a new coach in Andy Avalos and a generally new staff. But the culture is the same, if not better. (And UCF has a new coach and staff, too.) Keep in mind that Vegas is pretty good at establishing odds. But also keep in mind that this is Week 1, and nobody really knows who has what.

WHAT WILL DICKEY DISCUSS?

Oh, did Twitter take off Sunday when this Media Alert was released: “Boise State Athletics invites members of the media to attend a press conference Tuesday, May 25, on The Blue at Albertsons Stadium. Director of Athletics Jeramiah Dickey will make an announcement at 2 p.m. MT.” And so the speculation began. Is Boise State joining the American Athletic Conference? Well, that would take a lot more than a Dickey press conference on the blue turf. Is Florida State back on the schedule? That by itself wouldn’t quite warrant a Dickey press conference. A blueprint for the long-awaited renovation of the east side of Albertsons Stadium? Well, it pains me to say, it’s too soon for that. Announce a plan for the sale of alcohol at football games this coming season? That makes the most sense.

Idaho and Idaho State football got a lot more ink and airtime locally this spring—as did the FCS nationally—inspiring some to propose that FCS football permanently move its season to the spring. Fans in the Treasure Valley are once again aware of the Vandals, and even the Bengals. That would continue in ensuing spring seasons, right? And across the country, the exposure for the FCS Playoffs would be invaluable. But don’t count on it.

A permanent spring season would eliminate the cash cow games against FBS schools. The best players in the FCS would opt out to prepare for the NFL Draft, like North Dakota State’s Trey Lance did this spring. And, as Chris Vannini of TheAthletic.com points out, it would give FCS players an audition of 11-plus games in front of FBS schools and nudge those with great seasons toward the transfer portal. And it would create chaos on FCS staffs when the FBS hires coaches away right before the season starts.

Ryan Finley thought he had a fresh start in Houston—until he was cut yesterday by the Texans. The former North Carolina State standout and one-time Boise State quarterback had been acquired in a trade with Cincinnati nine weeks ago, but Houston signed former Denver backup Jeff Driskel as a free agent last week. It’s a tangled web. Driskel was behind Finley’s former Boise State teammate, Brett Rypien, on Denver’s depth chart, and now he has nudged Finley off the Texans roster. Finley was drafted in the fourth round by the Bengals in 2019.

HAWKS SET OUT THE WELCOME MAT

We’ve got to gear up for the Boise Hawks home opener tomorrow night—their first game at Memorial Stadium in 632 days after COVID wiped out the 2020 season. The Hawks are on their way home from Ogden, where they dropped two of three games to the Raptors to begin the campaign. After a rainout on Sunday the teams played a doubleheader last night, with Boise winning the first game 5-3 and Ogden taking the nightcap x-x. Opening Night produced an 8-2 Raptors victory. The Hawks’ highlight in that losing cause happened to be righthander Matt Gabbert, the one-time Boise State pitcher, who made his pro debut in the sixth inning and fired three scoreless innings of relief to end the game.

Great to get that timeline update from Graham DeLaet last Friday on IST with Prater & The Ballgame. It sounds like DeLaet’s major medical exemption on the PGA Tour will extend into next season. He said he’s “day-to-day” as he builds his body back up. DeLaet’s not ready to walk a course four or five days in a row, several weeks in a row. “I’m kind of shooting for this fall—September, the start of the new season,” DeLaet said. Until then, he’ll do spot duty as a broadcaster for Canada’s TSN, as he did over the weekend for the amazing PGA Championship, working from home. “It kind of keeps me involved in the game, at least for now,” said DeLaet. He hasn’t played since beginning the season with entries in five events last fall. DeLaet missed the cut in the first four before having to withdraw from the Houston Open in November.

Destiny Slocum is on the board. The former Mountain View High superstar scored the first points of her WNBA career last Friday night, putting up six points and dishing out four assists in 15 minutes in the Las Vegas Aces’ 97-69 romp over the L.A. Sparks. The Aces fell 72-65 to Connecticut on Sunday. Slocum’s floor time increased to 19 minutes against the Sun, and even though she scored only three points, she contributed six rebounds. This is probably the first time since grade school Slocum has come off the bench, but she seems to be embracing her role in Vegas.

Josh Beckett becomes the first Los Angeles Dodger to throw a no-hitter in 18 years when he blanks the Philadelphia Phillies on the road, 6-0. Beckett's gem carried another footnote—it was the first no-hitter thrown by an opposing pitcher in Philadelphia since Montreal's Bill Stoneman did it at old Connie Mack Stadium in 1969. Stoneman was the former University of Idaho pitcher who led the Vandals to two Big Sky championships and was later spent eight years as the general manager of the Angels.