Boise State will need reinforcements tonight in Orlando to combat not only the humidity, but a formidable opponent. 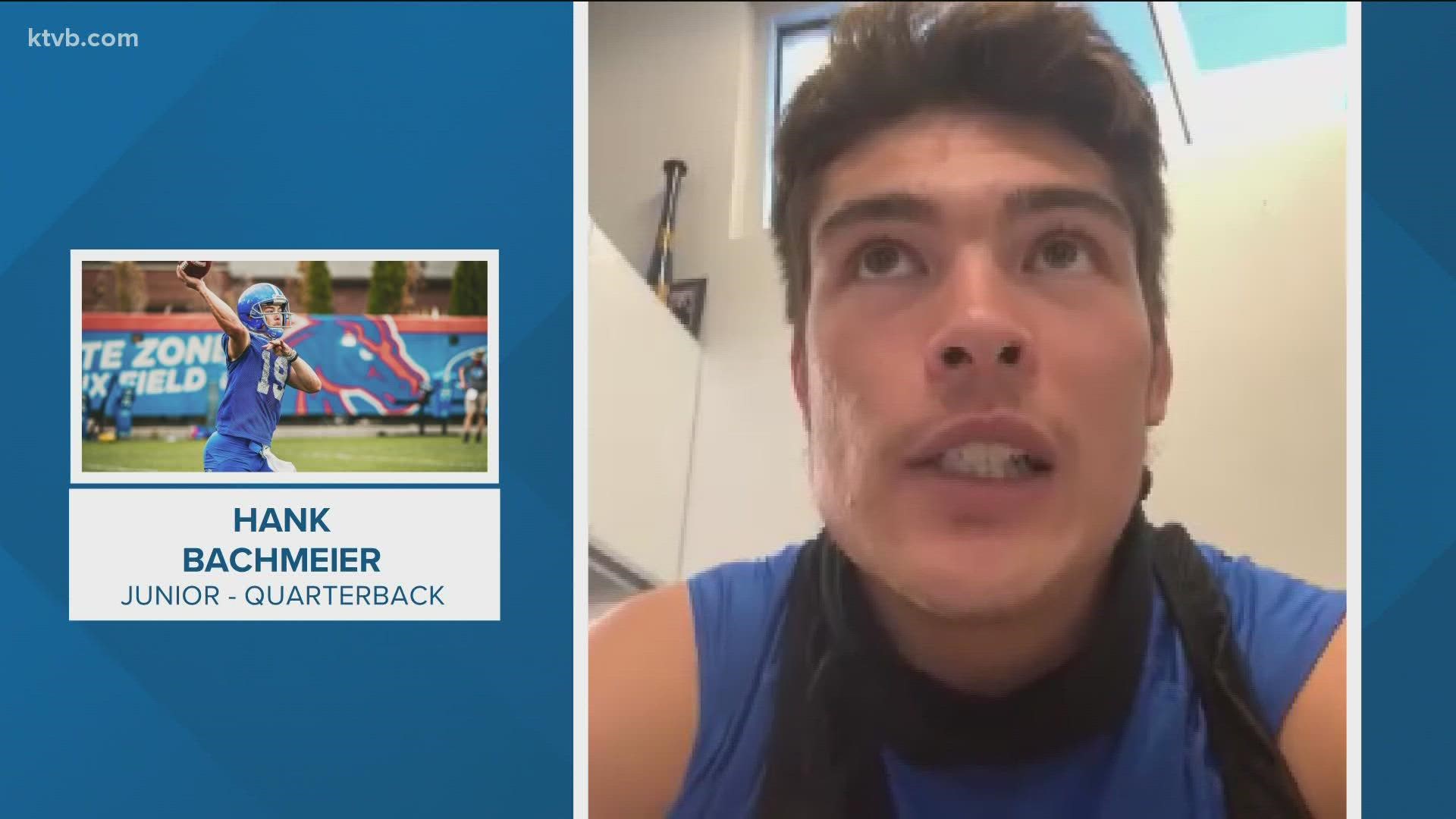 Boise State coach Andy Avalos coined a term last March that would be a theme all the way through spring football and fall camp. Tonight, we’ll find out if “dependable depth” is a thing as the Broncos take on UCF in the Bounce House on ESPN. Where are the strengths and weaknesses? I think there’s dependable depth all the way though the offense, even in the line, where Donte Harrington is set to get the start at center over Kekani Holomalia-Gonzalez and Texas Tech transfer Will Farrar is listed as a co-starter with Garrett Curran at left guard. The running back position has gone from shaky to stacked with the return of George Holani and the addition of Oregon transfer Cyrus Habibi-Likio.

Defensively, the line was razor-thin last year, but it’s deep now. It’s the linebacker and secondary spots that present the biggest questions as Boise State prepares for a Dillon Gabriel onslaught. The backup ‘backers, D.J. Schramm and Brandon Hawkins, have to play up to their pedigrees. And there’s inexperience woven all through the backups in the secondary, with the exception of Bowling Green transfer Caleb Biggers. The remaining four second-teamers have a four career tackles between them.

HE’S WAITED HIS WHOLE LIFE FOR THIS

If he isn’t already, Andy Avalos is about to become more famous locally than he was for the 92-yard interception return for a touchdown called by Mike Tirico in the 2004 Liberty Bowl. That was the final game of a college career that began with a redshirt year under the guy who signed him to a National Letter of Intent, former Boise State coach Dirk Koetter. Now Avalos is coaching Koetter’s son, Davis. As we look back on Avalos’ hiring eight months ago, one thing became instantly apparent. While Avalos’ name was being circulated with Kellen Moore’s name for a short time and Jeff Choate’s for a longer time, I wondered if he really wanted to leave the comforts of the wealthiest program in the West at Oregon. Turned out that all Avalos wanted to do was get back to Boise as head coach.

There’s been more talk about Orlando’s weather than I can believe. Yes, there’s going to be high humidity tonight (hopefully thunderstorms don’t interrupt the proceedings). UCF fans make a big deal of it, thinking it’s to their advantage. But three of Boise State’s past five season openers have been in the same environment—Louisiana-Lafayette in 2016, Troy in 2018 and Florida State in 2019. The Broncos have turned the Caven-Williams indoor facility into a sweatbox in preparation, and it’s worked out well, with victories in all three games. So—been there, done that, right? Except for the fact that UCF far outshines those other three opponents, Florida State included. The Seminoles were talented but discombobulated under coach Willie Taggart, who didn’t last the season. The Knights will be ready to play.

‘TAE’ WAITING FOR HIS BIG DAY

Often you don’t want to put too much stock into depth charts. Here’s hoping that’s not the case with Boise State’s Octavius Evans. The Broncos’ long-awaited depth chart has Evans starting at one of the wide receiver spots. Fellow wideout Khalil Shakir expected a breakout super senior year from Evans at Mountain West Media Days. “People are so quick to judge—they don’t know what he’s been through,” said Shakir, who added that Evans still makes the circus catches in practice that he always has. “I think this year he’ll have a really good year. I do. I’m really rootin’ for him.” Kekaula Kaniho interjected: “ There are glue guys who keep the team together. ‘Tae’ is one of those guys.”

All 12 Mountain West teams are in action this week. Let’s start with a couple of “danger zone” games, because one of them is tonight. Eastern Washington is a very together football program, and the Eagles face UNLV in shiny Allegiant Stadium. A loss to EWU would be sour for the Rebels, who went winless last year. And Colorado State will have to pay attention as it hosts South Dakota State Saturday, as the Jackrabbits made it to the FCS national championship game in May. The “upset alert” game is Nevada at Cal. If Carson Strong is healthy, he could give Justin Wilcox’s stout defense some major headaches. Try as I might, I can’t put the San Jose State-USC game in the same category.

How about a quick look at Idaho State? It seems that ISU always opens the season by getting drummed in an FBS matchup—or putting a beatdown on an NAIA team. This time it’s a great matchup Saturday against North Dakota in Holt Arena. The Fighting Hawks are No. 7 in the STATS FBS Preseason poll after going 5-2 during the spring season and making the quarterfinals of the FCS Playoffs. The Bengals were 2-4 in the spring, with three of the four losses coming in the final two minutes of the game. Wyoming transfer quarterback Tyler Vander Waal is back for his junior season at ISU. Vander Waal averaged 307 yards per game through the air during the spring season but completed only 54 percent of his throws and had 10 interceptions to go with his 12 touchdown passes.

After going 0-for-5 in Pioneer League knockouts this season, the home run derby that decides games tied after nine innings, the Boise Hawks won that way for the first time this season Wednesday night in a 5-4 victory over Grand Junction at Memorial Stadium. Wladimir Galindo, the Hawks’ home run leader with 19, connected to decide it. Boise had trailed 4-2 going into the bottom of the ninth before tying the game. The victory gave the Hawks a two-game Southern Division lead over Grand Junction. Their magic number for the second-half divisional title—and a playoff berth—is six.

Dennis Erickson makes his much-celebrated return to the University of Idaho in the season opener at Michigan State—against his former Vandal defensive coordinator and one-time Idaho head coach John L. Smith. The Vandals, 29-point underdogs, stayed with the Spartans to the end of a 27-17 loss. Erickson, however, would be Idaho’s coach for less than a year, bolting to Arizona State in December of that year as Dirk Koetter’s replacement.