Boise State football: What will the ‘standard’ be?

After 22 seasons of upper-echelon performance, maybe Boise State is due for a cyclical adjustment. Even if things keep going this way for the Broncos, it won’t last. 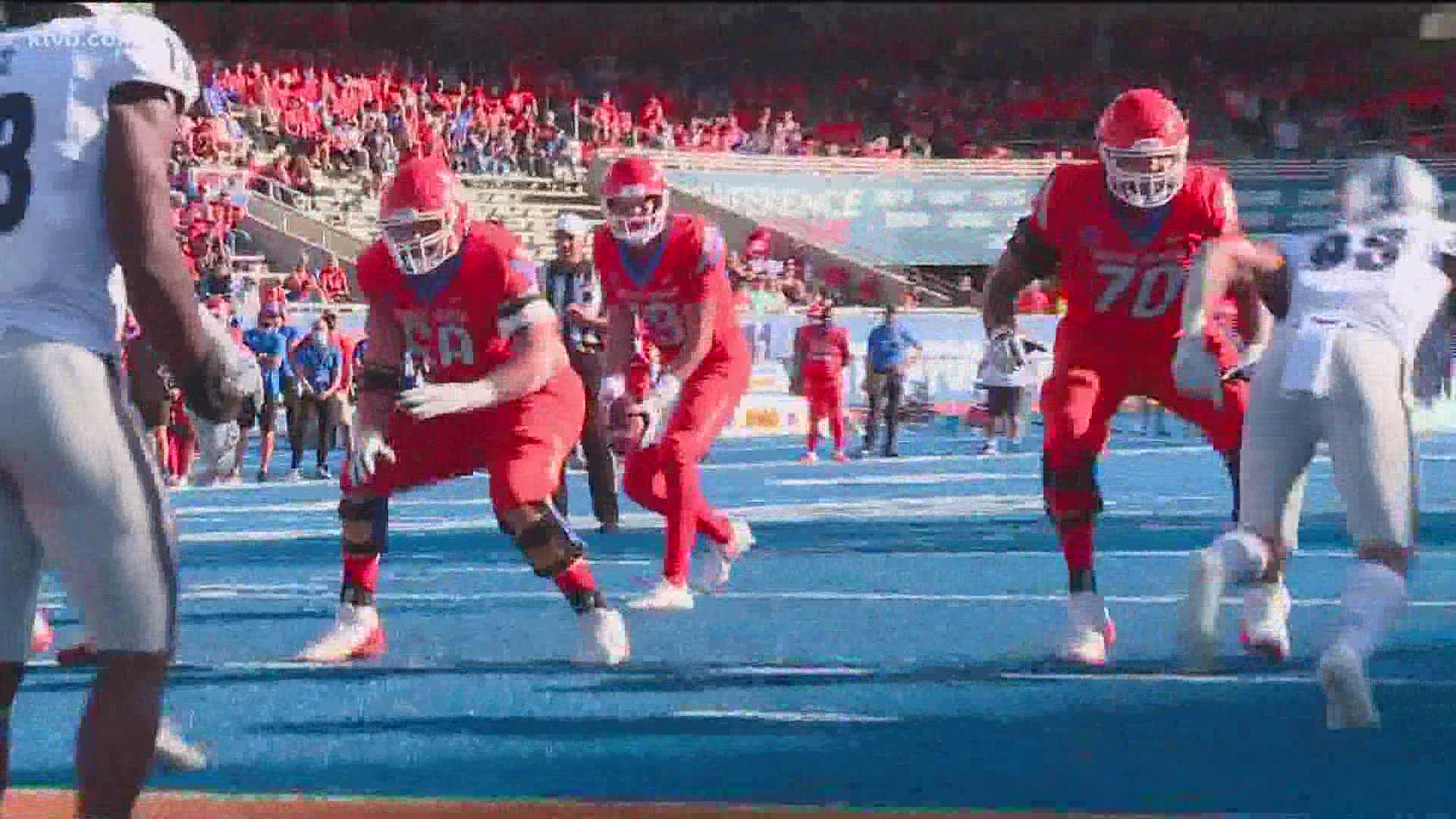 There was a lot of talk Monday about the “standard” at Boise State. Coach Andy Avalos wants to maintain the standard. So what is that? In my opinion, the standard since the Kellen Moore era ended has been this: 10-win seasons, Mountain Division title, and a solid mid-level bowl game. The first item isn’t going to be reached this year unless the Broncos run the table and either win the conference championship or a bowl game. The other two are still on the table, but the clock is ticking. The standard in 2021 may end up being a winning season and a spot in the Famous Idaho Potato Bowl. But this Boise State team is not going to fold the tent. It may not have the wherewithal to get done what it wants to get done. But it will not quit. And anyone who suggests that does not understand how much these guys care.

It’s acknowledged that the core problem with Boise State right now is the offensive line. And that’s how those in the opposition camp felt after Nevada’s victory Saturday. Chris Murray of Nevada SportsNet had an enlightening tweet on Monday: “(Wolf Pack coach) Jay Norvell without context: ‘Bachmeier gets hit a lot.’ So true. Boise State's offensive line the last couple of years has deteriorated. I was really impressed with Hank Bachmeier on Saturday. Boise State's WRs are great, too. Give them a good line and it'd be amazing.” It just goes to show how everything offensively spins off the performance of the O-line.

B.J. Rains of the Idaho Press asked Boise State offensive coordinator Tim Plough Monday about a possible return of center Kekani Holomalia-Gonzalez, who hasn’t played this year. "We're very hopeful, Plough replied. “That's been something that obviously has been tough. He's a great player and not having your center can cause a ripple effect." Without Holomalia-Gonzalez Saturday, and with guard Garrett Curran sidelined, the offensive line was perilously thin. The group was gassed in the fourth quarter against the Wolf Pack.

LOOKING FOR AN EDGE AT ‘EDGE’

Whether BYU starting quarterback Jaylen Hall finally returns, backup Baylor Romney recovers, or third-stringer Jacob Conover continues under center on Saturday, the Boise State pass rush will be important. It’s been ineffective overall, but Edge rusher Isaiah Bagnah was a notable exception Saturday, logging three sacks of Nevada star Carson Strong. Bagnah now has five sacks for the season. Edge is an anomaly for the Broncos—it’s one reasonably healthy position, with Demitri Washington still the starter. Now, former Borah High multi-position star Austin Bolt may add Edge to his resume. Bolt hasn’t seen the field as a tight end—he has played only on special teams this season. But Boise State defensive coordinator Spencer Danielson has been working out Bolt at Edge and says he may have a future there.

STILL EARLY IN THE DIVISIONS

The divisional races in the Mountain West are still wide open. That’s the good news for Boise State in the Mountain. In the West, Nevada got good news late Saturday night when Fresno State lost at Hawaii 27-24. Bulldogs quarterback Jake Haener threw four interceptions, three of them inside the Warriors’ 10-yard line. The last one was picked off at the UH two with nine seconds left in the game. Fresno State dropped out of the Top 25, but San Diego State got in without even playing, debuting at No. 25 in the AP Poll. The other significant score was Air Force’s 38-10 demolition of New Mexico in Albuquerque. The Broncos’ next home game is against the Falcons a week from Saturday, and it will be pivotal. Air Force has the nation’s top rushing attack, averaging 367.4 yards per game.

This tweet from a beaming Charles Leno Jr. caught my eye Monday: “A big smile not only because it’s victory Monday, but because 6 years ago today, I made my first NFL start. This coming Sunday I will take the field for my 100th consecutive start (including playoffs). I turn 30 on Saturday & I can’t imagine a better birthday present than that.” Leno’s streak has spanned two teams, the Chicago Bears (who drafted the former Boise State star in the seventh round in 2014) and the Washington Football Team (which signed him as a free agent last year). That’s remarkable longevity for an NFL offensive lineman.

Destiny Slocum’s rookie year in the WNBA is winding down, and there’s not much to report. But the former Mountain View star is in the WNBA Playoffs Semifinals with the Las Vegas Aces, who are trailing the Phoenix Mercury two games-to-one with Game 4 set for Wednesday night. Slocum has played nine minutes in the postseason so far and has scored one basket. During the regular season, she appeared in 21 games and averaged one point, just under one rebound and half an assist. Slocum shot 32 percent from the field and was 5-of-15 from three-point range for the season.

Boise State plays only its third game ever against a Pac-10 school, this one against Arizona State in Sun Devil Stadium. The Broncos scored first on a touchdown pass from Tony Hilde to Andre Horace, but the Sun Devils then put up eight unanswered touchdowns in a 56-7 ASU win. Senior quarterback Jake Plummer, the former Capital Eagle, played a little more than a half in the middle of Arizona State’s Rose Bowl season.