We had been bracing ourselves for this, but when the sun rose on Saturday morning, we thought the Boise State-San Jose State game was in the clear. We thought wrong. 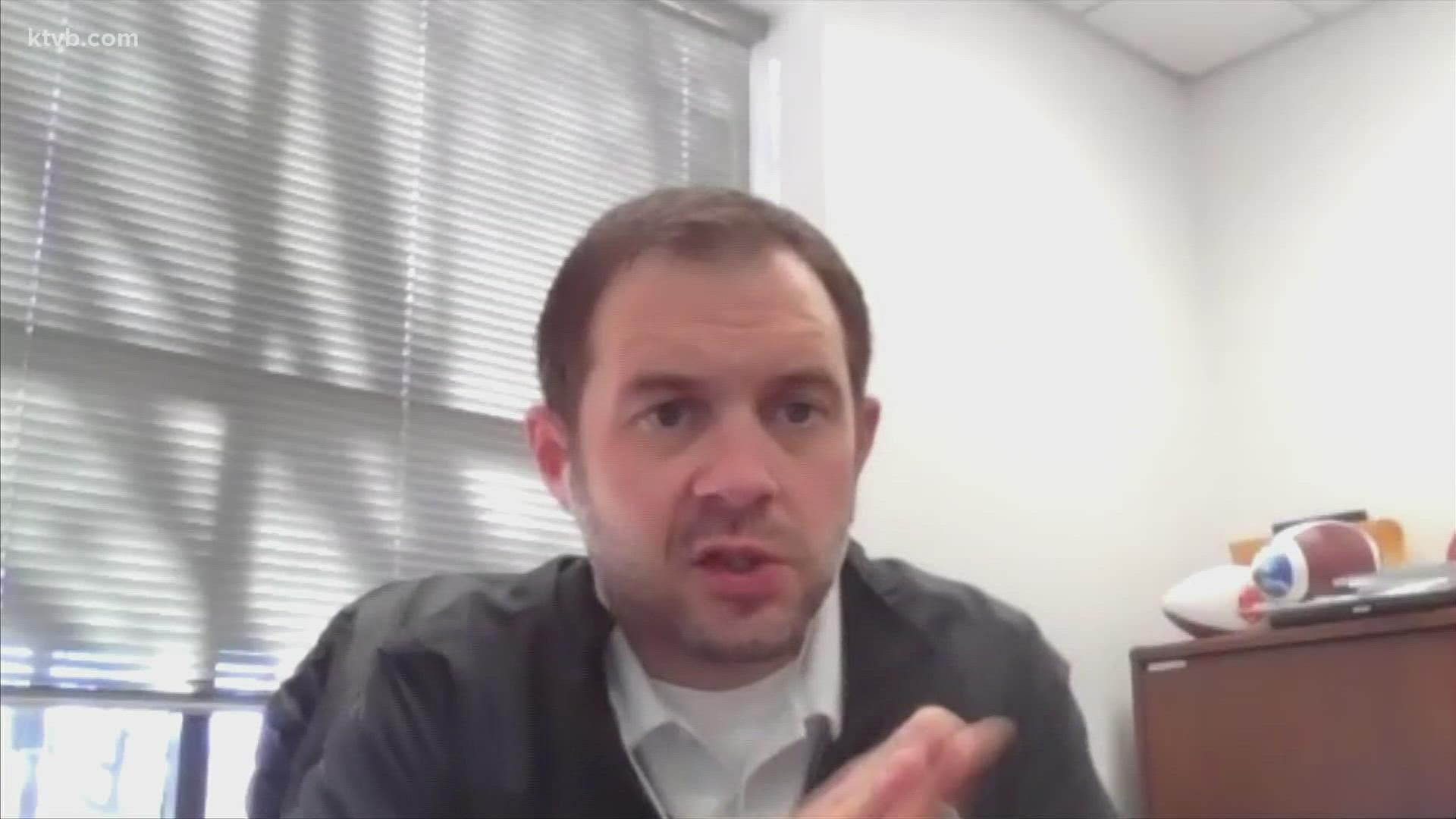 Considering how things are in Idaho right now, it was amazing Boise State made it to Week 6 before having a game canceled. It was painful when it happened Saturday less than five hours before the San Jose State game, but it was not shocking. There have now been 106 games postponed or canceled due to COVID-19, so now the Broncos know how everybody else feels. With Nevada’s 24-21 loss at Hawaii Saturday night, Boise State and San Jose State are the only two teams still undefeated in Mountain West play. They are, therefore, the favorites to make the conference championship game on December 19. Let’s just hope the season gets that far. If the Broncos are too thin at certain positions to compete, what can the next few days do to rectify that? (First, the pause button has to released.)

WHAT WAS AT THE ROOT OF IT?

All signs point to the defensive line as the area that was depleted enough to keep Boise State from moving forward Saturday. Coach Bryan Harsin never said Sunday if the numbers on the D-line dipped to the Mountain West minimum of four, but the Broncos had to be close. Harsin announced that defensive end Sam Whitney, who had been outstanding the first half of the season, is lost for the year due to injury. Whitney joins Demitri Washington, Keeghan Freeborn and Herbert Gums on the season-ended list. Scale Igiehon has been limited by injury, and Jackson Cravens has been a possible COVID casualty the past two games. As Harsin said, “Kekaula Kaniho is not going to play defensive end.”

On a Twitter account called Mountain West Conference Football Talk, there was this on Sunday from a San Jose State fan: “Based on the intentionally vague & suspicious info released, Boise State appears to have had sufficient players to play the game against (San Jose State) but BSU didn't have the specific players they wanted. So, BSU should be charged with a loss and SJSU given a win by forfeit.” That rubbish doesn’t appear to be running rampant, but Saturday was painful for the Spartans. They had started 4-0 for the first time in 65 years and had an extremely rare appearance on the national stage via Fox. San Jose State, which hasn’t begun a season with a 5-0 record since 1939, was geeked up to try to beat the Broncos, who are 14-0 in the series.

WHEN’S THE NEXT GAME?

Boise State is slated to face UNLV this Friday night in the Las Vegas Raiders’ new Allegiant Stadium. As of this moment, Harsin and the Broncos are counting on it. Team activities are on pause until Tuesday, though. The team was to go through its latest round of COVID-19 testing on Sunday and is to receive the results today. “I fully anticipate that we’ll be preparing to practice on Tuesday,” said Harsin. But, he added, “I’m very concerned. Had we played this game (against San Jose State), I’d be a lot more optimistic. This is bigger than football.” San Jose State has its own issues, as contact sports have been banned in Santa Clara County for the next three weeks. No decision has been made yet on where—or if—this Saturday’s game between Hawaii and San Jose State will be played.

All we knew about the Boise State men’s basketball team Friday after the 68-58 loss to No. 17 Houston was that the Broncos had an abysmal first half and a decent second half. The first 20 minutes were a deadly potion of poor shooting, subpar rebounding, turnovers and frustration at the free throw line. Somehow Boise State clawed its way back into the game after the intermission, whittling a 20-point deficit to seven with 2½ minutes left—that despite going 1-for-16 from three-point range for the game and being outrebounded by 23. The Broncos did not look ready for prime time, and the Cougars certainly did. The rest of the story: Houston went on to beat No. 14 Texas Tech 64-53 Sunday, while Boise State was annililating Sam Houston State 86-55 in Fort Worth. The Broncos looked more like what we expected.

Derrick Alston is averaging 13.5 points per game. Did I mention topsy-turvy? The Boise State senior star was held scoreless by Houston, but he exploded for 27 points against Sam Houston State. Alston’s output included four three-pointers and a perfect 9-for-9 day at the free throw line. Marcus Shaver Jr. and RayJ Dennis were a bit more well-rounded. Shaver scored 16 points and pulled down seven rebounds against the Cougars and added 18 versus the Bearkats. Dennis led the Broncos with 18 points at Houston and scored 13 against Sam Houston State with seven assists and seven boards. Mladen Armus led Boise State with 12 rebounds on Sunday. The glass was quite the story versus the Bearkats—the Broncos collected 21 offensive rebounds, their most in nine years.

DOUBT IS A DAILY DEAL

The Boise State men now begin preparing for New Mexico, and games that may or may not happen this Thursday and Saturday in ExtraMile Arena. A decision is expected today, as the Lobos have experienced hardships, relocating to the small West Texas town of Levelland to get practices in. The women’s games between the Broncos and Lobos that were to be played in Albuquerque this week have already been pushed back to the first week of March.

Meanwhile, it has now been more than one calendar year since College of Idaho men lost a men’s basketball game. C of I opened its season Friday with its 26th consecutive victory, a come-from-behind 79-70 victory over Montana Tech. Now the Coyotes wonder whether their next game can be played—they had to cancel games versus Montana Western Saturday and Sunday. The Yotes are scheduled to play Arizona Christian this Saturday and again Monday in Caldwell.

One of the craziest finishes in college football history leads to a 34-28 Auburn victory over Alabama in the Iron Bowl. With overtime looming and the Crimson Tide trying to protect its No. 1 ranking, ‘Bama lined up for a 57-yard field goal try with one second left. The kick was short, and the Tigers’ Chris Davis caught it nine yards deep in the end zone. Davis then ran 109 yards (100 officially) with no time on the clock to give Auburn a truly unbelievable victory and end Alabama’s hopes of a third straight national championship.