They have kept Boise State in games this year, and sometimes they’ve been turning points. Turnovers make a difference, don’t they? 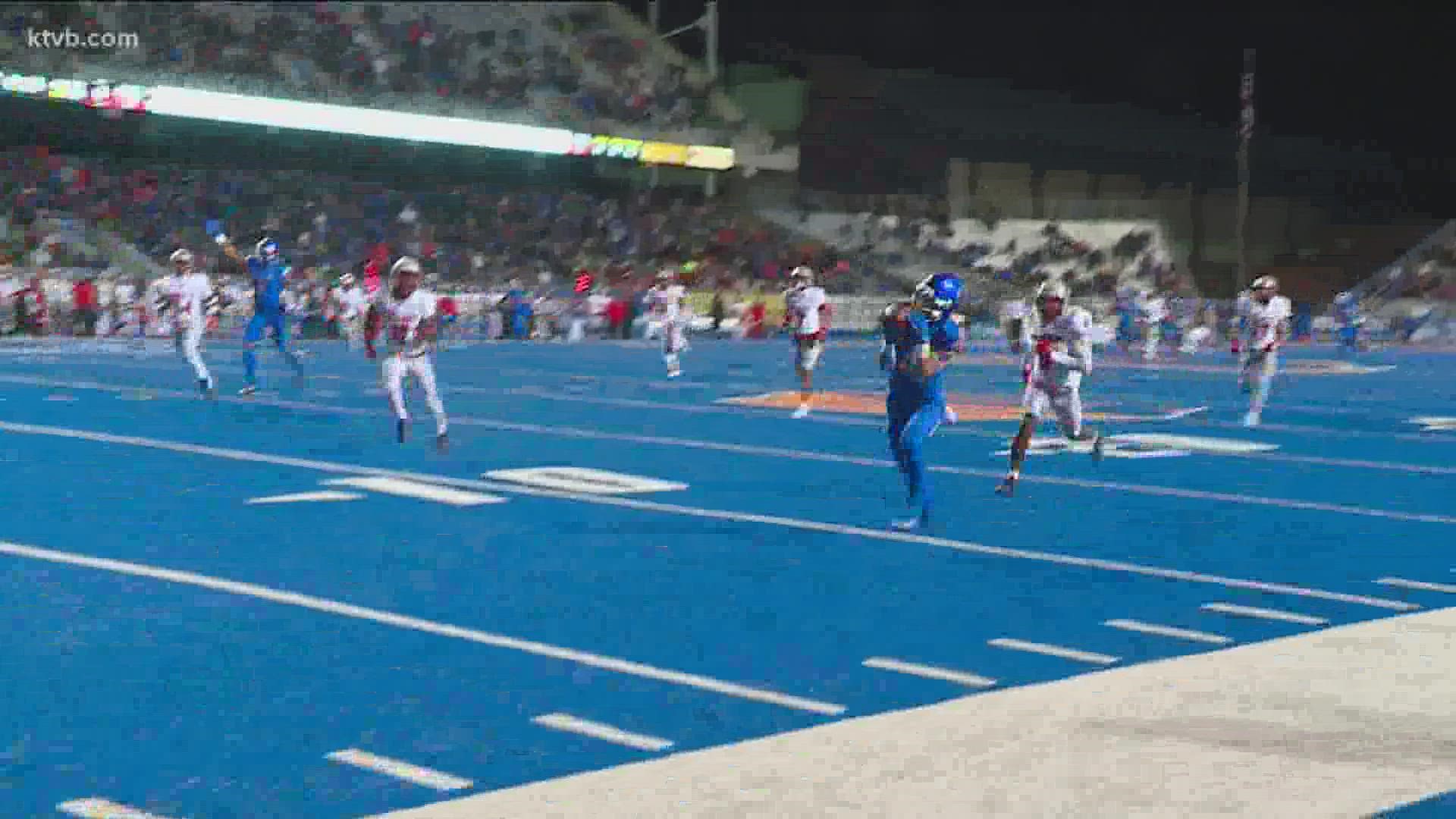 There was a big build-up to Boise State’s 2021 season. The Broncos were determined to get back their knack for turnovers. In last year’s COVID-shortened campaign, Boise State stunningly had just three, all interceptions, and two of those on desperation throws on the last play of the game. As you know, the Broncos had two picks against UCF alone to open this season. Now, going into the regular season finale against San Diego State Friday morning, they have 13 interceptions, as well as 10 fumble recoveries (after zero last year). Boise State is 7-4, but where would it be without its turnover margin of plus-11? In 2020, the Broncos were minus-4, and two years ago, when they won the Mountain West championship, they were just even in turnovers. If there’s been a major step forward this season, that’s it.

TIME FOR BACHMEIER TO TREND UP

Rocky Long’s 3-3-5 defense still exists at San Diego State, and it promises to be much more difficult than the New Mexico one that yielded only a single touchdown to Boise State’s starters. The Aztecs are No. 1 in scoring defense and No. 2 in total defense in the Mountain West. It’s up to the Broncos to make sure quarterback Hank Bachmeier isn’t the fall guy in this scenario. Despite a 37-0 win over the Lobos, the 3-3-5 held Bachmeier to just 146 yards on 11-for-22 passing and picked him off for the first time since October 16. Beyond Khalil Shakir, it’s not clear what kind of arsenal Bachmeier will have against the Aztecs. Despite suiting up, Stefan Cobbs did not play against UNM, and Octavius Evans was injured late in the third quarter of that game. Time to circle George Holani out of the backfield more?

WHO IS FAVORED, YOU SAY?

Boise State opened Sunday as a favorite over San Diego State, and that has held. The spread is now 2.5 points. Oddsmakers like the Broncos’ four-game winning streak, with three of the victories coming by double-digits. The Aztecs are 10-1, but they haven’t had a double-digit win since beating New Mexico October 9. Pundits also like Boise State’s prospects of production in the passing game, although they see Holani’s streak of three straight 100-yard games on the gound coming to an end. SDSU has the nation’s No. 3 run defense. It’s probably going to come down to the other side of the ball, and the Broncos’ ability to stop the potent Aztecs running game.

DALMAS DOESN’T GET THE NOD

This was a surprise. Boise State’s Jonah Dalmas was not named one of the three finalists Tuesday for the Lou Groza Award that goes to the nation’s best placekicker. Voice of the Broncos Bob Behler pointed out that those awards kind of become “lifetime achievement awards” when they get to the finalists. It’s also a beauty contest, as the final three hail from Oklahoma, Ohio State and Michigan. Dalmas is just a true sophomore, although there’s an asterisk. Dalmas is 21 years old, having taken an LDS mission when he graduated from Rocky Mountain. So he is draft-eligible. “I definitely want to take advantage of my opportunity to go to the league,” Dalmas said this week. “It’s always been a goal and a dream of mine.” With that said, Dalmas added that he hasn’t thought much about it.

We talked Tuesday about Dalmas’ battle with San Diego State star Matt Araiza Friday for best toe of the day. I’m sure Joel Velazquez would like to have his hat in the ring, and Boise State will need him to help offset the field position nightmares created by Araiza, who was named a finalist for the Ray Guy Award Tuesday. Velazquez has been a lot more consistent in his super-senior year. He’s fifth in the Mountain West with an average boot of 43.9 yards. But get this: Velazquez’s longest punt of the year is 51 yards. That’s 0.8 yards less than Araiza’s average. Velazquez remains the Broncos’ kickoff specialist after all this time. One of his career highlights: he kicked off seven times with five touchbacks and punted one time for 51 yards in the 2017 Las Vegas Bowl win over Oregon.

A NICE PUSH FROM ARMUS

After three games in four days at the Charleston Classic, it will be a rested Boise State men’s basketball team that takes on Cal State Bakersfield Friday night in ExtraMile Arena. Mladen Armus is hitting full stride as a senior in the post. Armus averaged 9.7 points and 9.0 rebounds per game in Charleston, bouncing back from a tough outing against Osun Osunniyi of No. 16 St. Bonaventure with strong performances in the wins over Temple and Ole Miss. Armus has grabbed double-digit rebounds in three of the Broncos’ last four games. Armus has grabbed 10 or more rebounds in nine games as a Bronco and 26 in his career going back to his days at East Tennessee State.

STEELIES ARE HOME FOR THANKSGIVING

The Idaho Steelheads’ homestand continues with a three-game series against the Allen Americans beginning tonight in Idaho Central Arena. It’s the only Boise trip of the season for Allen—there’ll be five games between the two teams in Texas down the line. The Americans won five of nine against the Steelies in 2019-20, two of them in shootouts. Jake Kupsky has been solid since taking over primary goaltending duties for Idaho. Kupsky leads the ECHL in goals-against average at 1.33 and owns a 2-1 record. At both ends of the ice, the Steelheads have been tough at home, outscoring opponents 22-14 so far this season.

What is Thanksgiving without the Dallas Cowboys? Leighton Vander Esch, of course, will be in ‘Big D’ as opposed to Riggins. We just wonder if this will be the former Boise State star’s last Thanksgiving with the Cowboys. The team didn’t pick up his fifth-year option during the offseason, so he’s in the final year of his rookie contract. Dallas could still opt to re-sign Vander Esch, but he’s not playing as much this year. Only three times this season has he been on the field for more than 60 percent of the Cowboys’ defensive snaps. One of them was last Sunday at Kansas City, but LVE made only two tackles. That’s saying something for a guy who was accustomed to double-digit tackles his first two years.

A very odd situation, as Boise State plays an unexpected Thanksgiving weekend matchup against Central Michigan in Bronco Stadium. The game was moved from September 15, four days after 9/11, when most sporting events were postponed or canceled. It was also odd because star Broncos quarterback Ryan Dinwiddie was suspended for the game. Nevertheless, Boise State beat the Chippewas 26-10, with junior running back Brock Forsey notching the first 200-yard game of his career, piling up 212 yards. It would be the Broncos’ final game of the season, as they were passed over for the Humanitarian Bowl despite an 8-4 record.