Boise State football: Was it a ‘bad omen’ game?

When you combine Boise State’s running game dilemma—on both sides of the ball—and the Broncos’ schedule the rest of the way, it appears there is reason for concern. 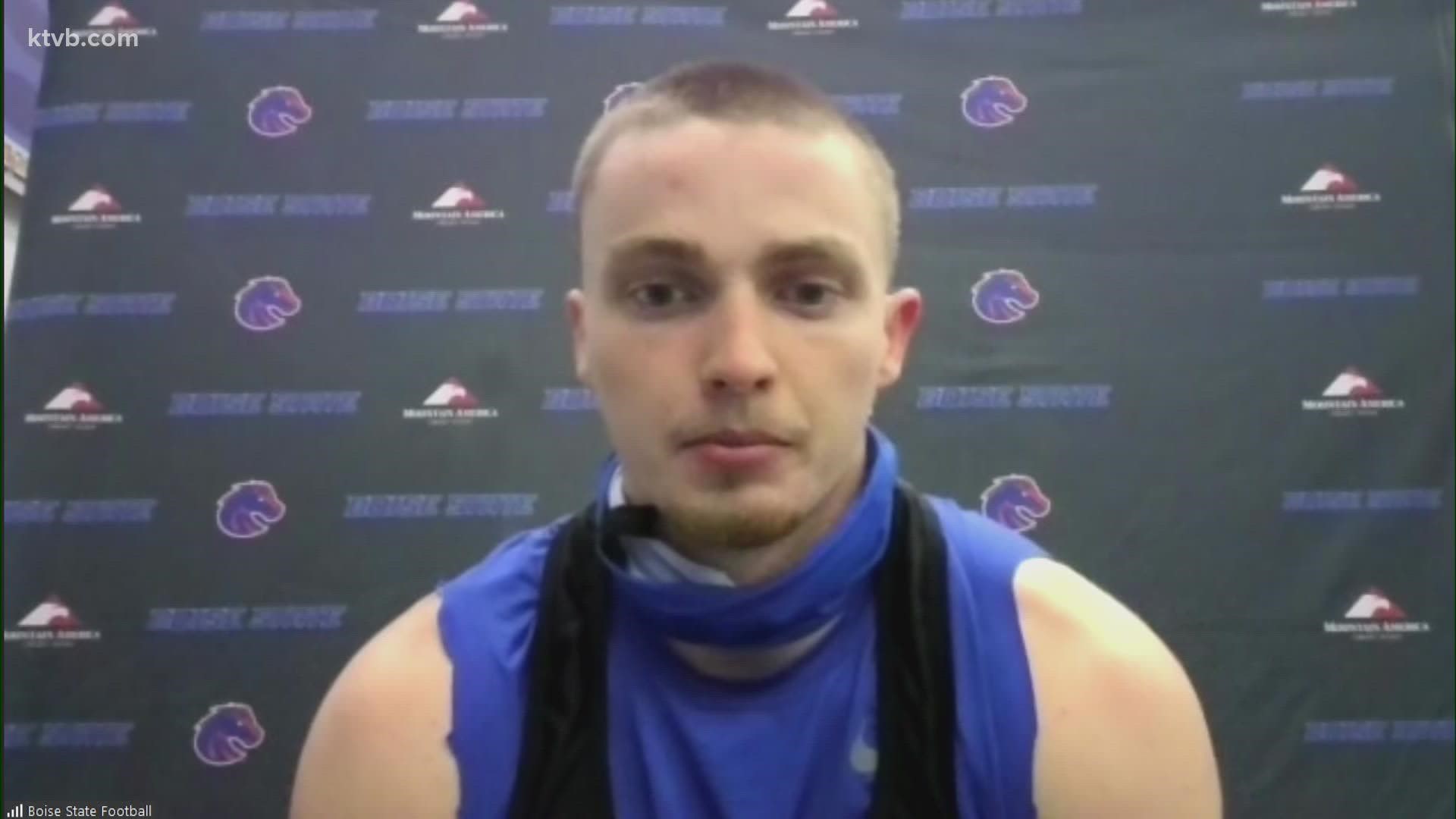 Boise State’s 21-20 loss to Oklahoma State Saturday night was, after all, to a Big 12 team, and it was by only one point. The Broncos have dug themselves out of holes like this before. But Boise State’s problems in the trenches were magnified in this game. You just wonder how they can be fixed. George Holani was not the magic elixir we thought he’d be in the woebegone Boise State running game. Holani, in his much-anticipated first full game since last October, had nowhere to run and finished with 12 carries for just 28 yards.

The Broncos defense had more trouble with the Cowboys’ Jaylen Warren that it did with UCF’s Isaiah Bowser. Warren ran for 218 yards, the most against Boise State since East Carolina’s Chris Johnson racked up 223 in the 2007 Hawaii Bowl. It’s hard to call this an aberration now.

WHAT IS UP WITH THE SECOND HALF?

It seemed like Bounce House, The Sequel when Boise State picked up a grand total of three yards in the third quarter. In fact, the entire second half was reminiscent of the loss at UCF, with 64 total yards for the Broncos—same as against the Knights. “First quarter we came out there trying to match their intensity,” OSU defensive tackle Jayden Jernigan said. “Second half, we came out there and wanted to literally stomp them to the ground.” The Broncos lost their offensive intensity in the second half, but more than that, they lost their confidence. It’s like they never recovered from the shock of the way the first half ended: a Cowboys touchdown after a questionable pass interference call, a Holani fumble, and another OSU TD with six seconds remaining. Those were the final points of the game.

THE GHOST OF FIELD GOALS PAST

The ending Saturday night had to stir disturbing memories of past Boise State games that ended with gut-wrenching missed field goals. The most obvious ones were a decade ago in losses at Nevada in 2010 and at home to TCU in 2011. This time, Jonah Dalmas had a 36-yard field goal partially blocked by the Cowboys’ Jason Taylor II with just over two minutes to go. The same Dalmas who had started his Broncos career making 14-of-15 field goals. “I got three fingers (on it),” Taylor said. “My middle, my ring and my pinky on there. My whole hand was numb for about five minutes after.” Broncos fans are still numb.

We’ve got to search for positives, and there are some. JL Skinner led the Broncos with 10 tackles, had the fumble recovery (that should have been a touchdown), and had the hit of the century when he sniffed out an OSU double-reverse and sent Brennan Pressley ass over tea kettle. Had Skinner’s TD not have been called back by an official’s erroneous whistle, he’d be Mountain West Defensive Player of the Week today. Riley Whimpey had six tackles despite sitting out the first half and forced the fumble (that should have been a touchdown). Khalil Shakir was targeted 13 times and made eight catches. He's just good, right? Shakir has 20 catches for the season now. And Davis Koetter had his first four receptions as a Bronco, with one going for a 28-yard touchdown.

It was Fresno State’s biggest win in 20 years: a thrilling 40-37 takedown of No. 13 UCLA Saturday night in the Rose Bowl. Jake Haener hit Jalen Cropper with a 13-yard touchdown pass to win it with 14 seconds left, propelling the Bulldogs into the rankings at No. 22 in the AP Poll and No. 25 in the Coaches Poll. Boise State plays Fresno State on the road on November 6. Elsewhere, San Diego State topped Utah 33-31 in triple-overtime Saturday night, notching its second win over a Pac-12 school in as many weeks. The Broncos face San Diego State on the road the day after Thanksgiving. BYU isn’t in the Mountain West, you know, but let’s talk about the Cougars, too. They toppled Arizona State 27-17 and are 3-0, all against the Pac-12, rising to Nos. 15 and 16 in the polls. Boise State plays BYU on the road on October 9.

THE EXPECTED RESULT IN CORVALLIS

Some don’t like the term “bodybag games.” The past two kind of were for Idaho, though. On the heels of their 56-14 loss at Indiana, the Vandals were blanked 42-0 by Oregon State in Corvallis on Saturday, gaining just 192 yards in total offense and failing to reach the red zone until late in the third quarter. C.J. Jordan replaced Mike Beaudry at quarterback late in the first quarter. Jordan didn’t do much through the air, but he did rush 14 times for 55 yards. Will it be Jordan under center when Idaho opens Big Sky play at UC Davis on October 2? Vandals coach Paul Petrino has a bye week to sort it out.

YOTES GET BACK ON TRACK

After a loss to Rocky Mountain a week earlier, College of Idaho was workmanlike Saturday, dismantling Southern Oregon 29-3 at Simplot Stadium as Nick Calzaretta rushed for 89 yards and two touchdowns. To put the triumph in perspective, C of I had a collection of nuggets. Such as, it was Southern Oregon’s lowest point total against an NAIA team since 1989. The Raiders’ 205 yards in total offense was their fewest in 10 years. The Coyotes defense held SOU to 151 yards passing, 200 under its season average. On offense, Yotes quarterbacks Jack Rice and Ryan Hibbs combined to go 17-of-22 (77.2 percent), the third-best mark in C of I history.

IF NOT FOR SUNDAY…

Troy Merritt was in contention for a third PGA Tour title at the Fontinet Championship in Napa, CA, as he was tied for third going into Sunday’s final round. But a one-over 73 changed things after Merritt had shot 67-68-69 over the first three days, including a highlight-reel eagle on Saturday. The bogeys set in during the final round—three of them. Still, the former Boise State star tied for 16th and pocketed $103,250 in the first tournament of the 2021-22 PGA Tour season. A very nice start.

Boise gets a world cycling champion, as Kristin Armstrong becomes only the third American ever to win the women's time trial world title. And it wasn’t close. In Salzburg, Austria, she beat two-time defending champion Karin Thurig of Switzerland by 25½ seconds. Armstrong had already won the U.S. road race and time trial championships earlier in the year. She would go on, of course, to win a gold medal at the Summer Olympics in Beijing in 2008—and would repeat at the London Games in 2012 and in Rio in 2016.