Boise State football: Where to from here?

It appears we’re going to be in a lot of “first time since” situations during this Boise State football season. The big one right now has to do with a 2-3 record. 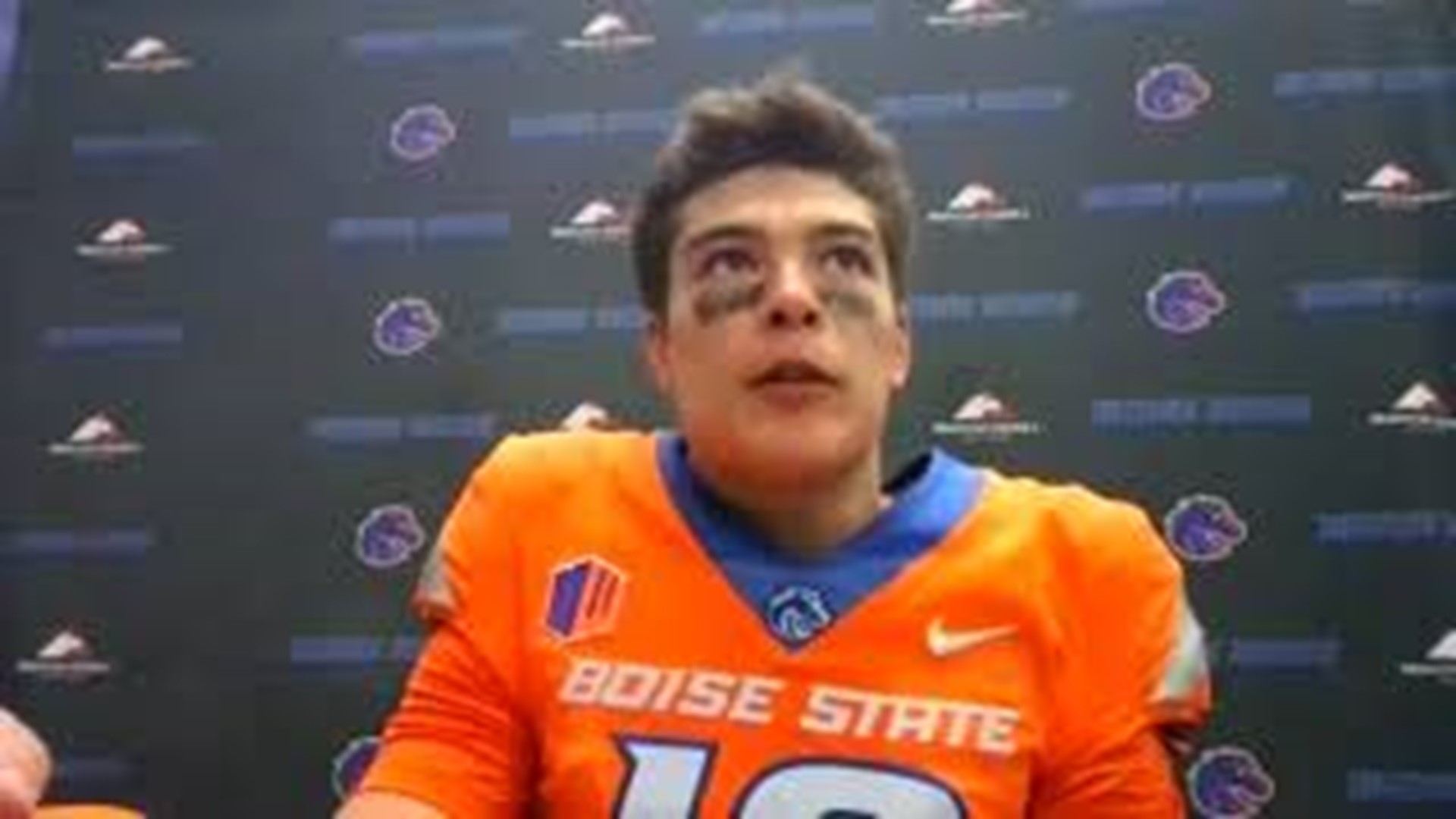 After the loss at Air Force in 2014 and the one at home to Virginia in 2017, I prematurely suggested that Boise State’s “golden era” had passed. In each case, the Broncos recovered, winning a Fiesta Bowl and Las Vegas Bowl in those two seasons. I’m not here to declare it over today, but Boise State, is in a predicament. After falling 41-31 to Nevada Saturday, the Broncos are 2-3 for the first time in 20 years. In 2001, with the team on an upward trajectory, they clawed there way out of it, winning six of their last seven games, including the program-defining upset at No. 8 Fresno State. It’s very difficult to imagine something like that happening this year. Boise State has a similar opportunity this week at No. 10 BYU, but with the offensive line in particular in disarray, it seems impossible.

Then, however, you have that head-scratching point spread out of Las Vegas. BYU is favored by one point this Saturday in Provo. One point. I asked KTVB’s Jay Tust to explain that to me, considering the two programs’ track records so far.

“Vegas thinks Boise State’s going to win the game,” exclaimed Tust while we were on Sunday Sports Extra. The Cougars may be starting third-string quarterback Jacob Conover, but still. That number is going to rise significantly this week.

We're going to hear all week about that Boise State running game that netted only 22 yards Saturday in the 41-31 loss to Nevada. But a little perspective is needed here. It wasn't on the running backs. Cyrus Habibi-Likio, Andrew Van Buren and George Holani combined for 107 yards rushing on 22 carries, averaging 4.9 yards per tote. None of them had any lost yardage on the day. Holani was running the ball really well until he was injured late in the first quarter. The running backs weren't a disaster once he left the game. The other things were. The two bad snaps in a span of three plays in the second quarter that lost 40 yards. And the six sacks of Hank Bachmeier that accounted for minus-56 yards. That's how the “22 yards thing” happened. Injuries—and the personnel itself—have put the Broncos offensive line behind the eight-ball.

WHAT THE HECK HAPPENED AT HALFTIME?

Boise State was doing a good job defending the run in the first half against Nevada, including Toa Taua’s 10 yards on four carries. But then something changed. Wolf Pack offensive coordinator Matt Mumme schemed things up and sprung Taua for 111 yards in the third quarter, including back-to-back runs of 21 and 38 yards. And that’s all that was needed to flip the script. Taua came in with 155 yards total in three games but had 124 yards on just 12 attempts against the Broncos. The offense had been Boise State’s Achilles heel in their first two losses. It was more the other side of the ball this time.

In his postgame comments, quarterback Hank Bachmeier tried to shoulder the blame for Boise State’s massive struggles. Certainly there was some merit, especially on a couple of the six sacks he absorbed (the 21-yarder in the third quarter comes to mind). But the blindside hit and resulting fumble that turned the game on the first play of the third quarter was just a total breakdown of protection on the Broncos’ right side. A guy who throws for 388 yards on a career-high 34 completions and four touchdowns needs to cut himself a little bit of slack. With bad snaps becoming an epidemic, Boise State replaced Donte Harrington with Will Farrar at center, and has the aforementioned worst two snaps of the year to show for it.

The misery of this loss shouldn’t take away from Khalil Shakir’s day. Boise State’s senior star had four receptions for 70 yards, pedestrian by his standards. But he made another one of those “how did he do that” catches for the Broncos’ second touchdown, corralling a Bachmeier throw with one hand and curling it in between two Nevada defenders. Then Shakir’s 40-yard punt return late in the second quarter set up a three-play TD drive. Stefan Cobbs had mixed results. He scored two first-half touchdowns and recorded his first 100-yard day. But in the fourth quarter, Cobbs lost a fumble and had a pass go through his hands for an interception. Each time it was on the first play of a Boise State possession. It was a positive day for senior Octavius Evans, who had six catches for 85 yards and a touchdown.

VANDALS SEE IT SLIP AWAY

At the end of the third quarter, Idaho was in position for a Paul Petrino era signature win along the lines of last year’s victory over Eastern Washington and the 2016 triumph in the Famous Idaho Potato Bowl. But UC Davis and Dan Hawkins rallied from a 2013 deficit to beat the Vandals 27-20 and send them to a 1-3 start. The game-winner was classic Hawk—a double-pass for a 30-yard TD. It spoiled a big effort by the Idaho offense, which rolled up 487 yards behind 255 yards passing from Mike Beaudry, a combined 227 rushing yards from Elisha Cummings and Zach Borisch and 131 yards receiving on 10 catches from Terez Traynor. The eighth-ranked Aggies totaled 386 yards as they improve to 5-0.

YOTES SEE IT SLIP AWAY, TOO

College of Idaho drew 4,056 for homecoming at Simplot Stadium Saturday despite going head-to-head with the Boise State-Nevada game. And the throng was poised to go home happy after the Coyotes took a 21-7 lead over Carroll College early in the third quarter. But the Fighting Saints fought back for a 28-21 win, getting the deciding touchdown on a three-yard run with 56 seconds left in the game. Nick Calzaretta rushed for 122 yards and two TDs, but Carroll bottled up the C of I air game, allowing just 153 yards on 15-of-36 passing.

At six hours and 23 minutes, it’s the longest postseason game in major league history. Washington was one out away from evening the National League Divisional Series against San Francisco when the Giants’ Pablo Sandoval delivered a run-scoring double to tie the game 1-1 in the top of the ninth. The game went on, inning after scoreless inning, until San Francisco’s Brandon Belt smacked a solo home run in the 18th to decide it 2-1. Only one other postseason game in baseball history lasted 18 innings—when Houston beat Atlanta in a 2005 NLDS contest.