Boise State football: The goals are still ahead

There’s been one resounding win and two tough losses for Boise State in September. But the Mountain West is a clean slate, and the Broncos hope for a new beginning. 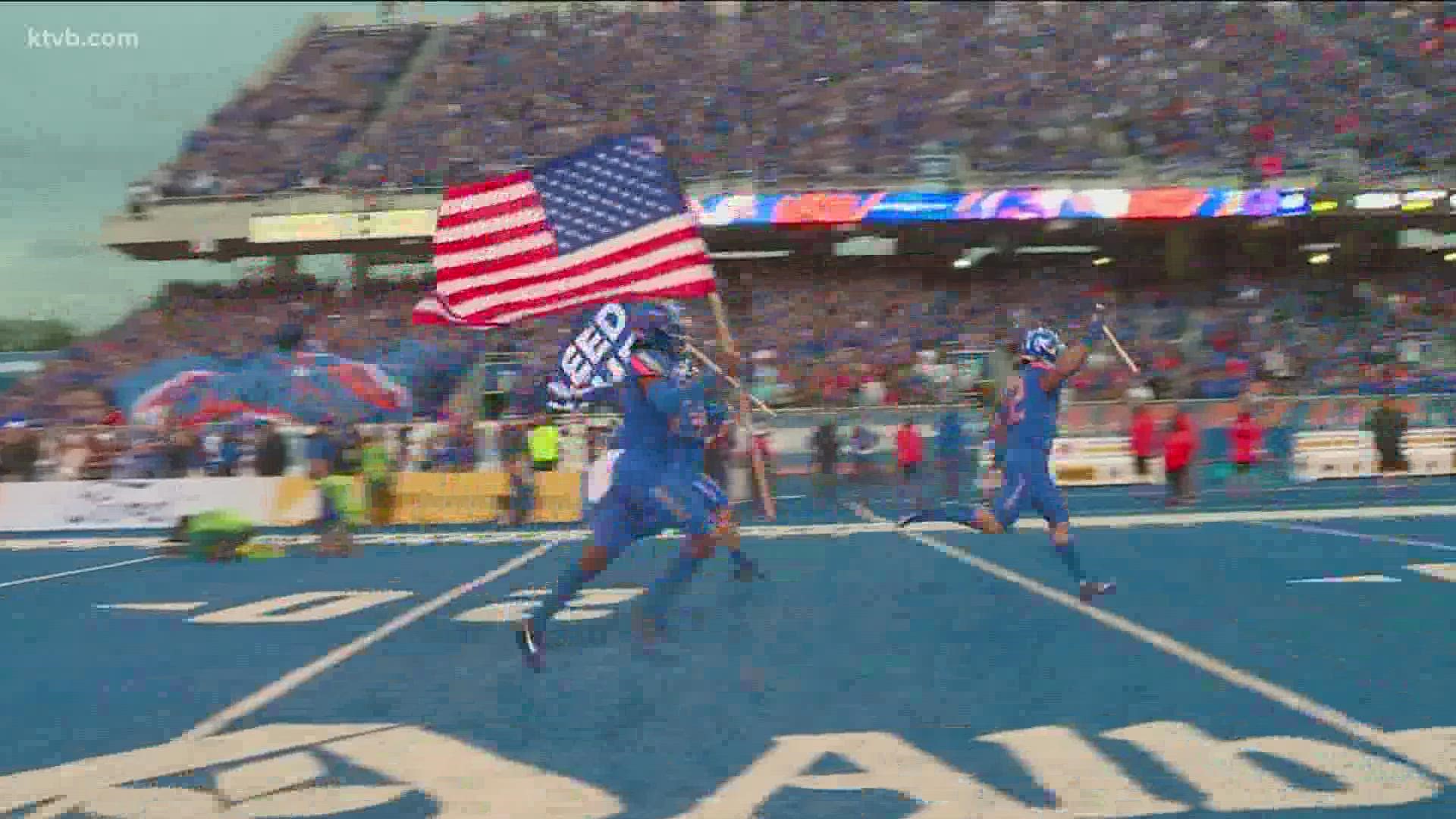 The No. 1 goal, of course, is to go undefeated. And Boise State has done it twice in the 21st century. But that dream was quickly squelched this year in the opener at UCF, and now the Broncos are 1-2 for the first time in 16 years. They still have their eyes on more standard prizes, though, as Mountain West play opens Saturday morning at Utah State, and a run through to the conference title would land them in the Jimmy Kimmel LA Bowl (still getting used to that). Boise State has won 21 consecutive conference openers since a loss at North Texas in 1999 back in the Big West days. There’s been plenty of talk about the Aggies and their 3-0 start this week, but they do have their weaknesses. It’s up to the Broncos to exploit them. They’re favored by nine points in Logan for a reason. Can they live up to it this time?

JL IS A JOY TO WATCH

After the extensive chronicling of what ails Boise State this week, here’s a time-out for a guy who has been the Broncos’ best player through three games. JL Skinner has led the team in tackles every week and is tops right now with 32 for the season. But his two calling cards are the hits he made on UCF’s Dillon Gabriel in the opener and on Oklahoma State’s Brennan Pressley last week. Gabriel was stopped short on a two-point conversion try, and Pressley thought he had sprung a double-reverse before being whirled to the blue turf. Skinner stayed in Boise all winter to train and study after being disappointed in his sophomore year performance last fall. It has paid off. Boise State has had a player declare early for the NFL—and get drafted—in eight straight years. I’m beginning to wonder if Skinner might be next.

Defensive end Aisa Kelemete tweeted “Forever grateful” Thursday afternoon, accompanied by four photos of him as a Boise State Bronco. Surgery has been a way of life for the senior from Highland High in Pocatello. Which has us wondering if Kelemete is hinting at a medical retirement. Kelemete has played in all three games this season, with two tackles and a shared tackle-for-loss. Those were the first two tackles of his Boise State career. But he has left games dinged up more than once. His health is the most important thing, of course, but no one has to tell you what Kelemete’s absence would do to the Broncos’ depth on an already-thin defensive line.

Boise State special teams coach Stacy Collins will be going against the monster he created when the Broncos face Utah State Saturday morning. The Aggies’ special teams units are good. The leader is senior Savon Scarver, the Preseason Mountain West Special Teams Player of the Year, who’s also a standout wide receiver. Scarver has a school-record six kickoff returns for touchdowns in his career. Does he take more pride in his receiving skills or his return skills?

“I take pride in the game of football itself, to improve my craft,” said Scarver this summer at Mountain West Media Days. “Like Coach Blake (Anderson) says: ‘One degree better every day.’” This season it’s been about the return game—he’s run back seven kickoffs for 155 yards. As a wideout, Scarver has just two catches for 14 yards.

A 10-TEAM LEAGUE, ONE WAY OR ANOTHER?

Conference realignment is still rumbling, and The Athletic’s Chris Vannini appears to have a pretty good handle on it. American Athletic Conference commissioner Mike Aresco see his league adding new members sooner rather than later. Vannini’s takes: Colorado State and Air Force are believed to be more interested in leaving the Mountain West for the AAC than Boise State and San Diego State, the other two so-called candidates. The Broncos will be a top target if the Big 12 expands further, and the Aztecs have Power 5 hopes, too. It’s hard to see how CSU and Air Force will be a lot better off in the AAC; the Falcons would make sense, though, since Navy is already part of the American. But Mountain West commissioner Craig Thompson feels his conference will be the sixth-best in the land moving forward—if it stays together.

EYEBALLS ON THE BULLDOGS

There’s not a lot of earth-shaking activity in the Mountain West this week, but No.22 Fresno State certainly has the nation’s attention as it hosts UNLV tonight on CBS Sports Network. The Bulldogs’ win over No. 13 UCLA last week was the Mountain West’s first over a top 15 non-conference foe since Boise State beat No. 10 Arizona in the 2014 Fiesta Bowl. Wyoming is poised to go 4-0 for the first time in 25 years as it faces UConn on the road. Colorado State, after a surprising win at Toledo last Saturday, has tough sleddin’ ahead as it plays at No. 6 Iowa on Saturday.

YOTES GO UP THE FREEWAY

The I-84 rivalry between College of Idaho and Eastern Idaho revives Saturday in La Grande. Because home-and-home series are the norm in the Frontier Conference, this will be the 14th time the Coyotes and Mountaineers have played since C of I brought football back in 2014, with the Yotes holding an 8-5 edge. This time, Eastern Oregon is ranked, and College of Idaho isn’t—the Mountaineers (3-0) come in at No. 11 in the NAIA Coaches Poll. But the Yotes have won eight straight games against ranked teams dating back to 2018. And right now they have the top offense in the conference at 460 yards per game.

Tony Knap, Boise State’s first coach as a four-year school, passes away at the age of 96. Knap took the reins of Bronco football in 1968 when the legendary Lyle Smith moved to the athletic director’s chair. Knap guided Boise State into the Big Sky in 1970 and earned the Broncos’ first three Big Sky championships and first three 10-win seasons. He compiled a record of 71-19-1 in eight seasons before moving on to UNLV in 1976. Knap built the Bronco fan base as we know it today, entertaining it with an innovative pass-first offense that was way ahead of its time. Knap’s signature win was the 42-14 victory over Idaho in the first Bronco-Vandal game in 1971.