New Boise State AD Jeramiah Dickey probably saw a lot of country he had never seen before on Thursday as he buzzed Big Sky Country and the Willamette Valley. 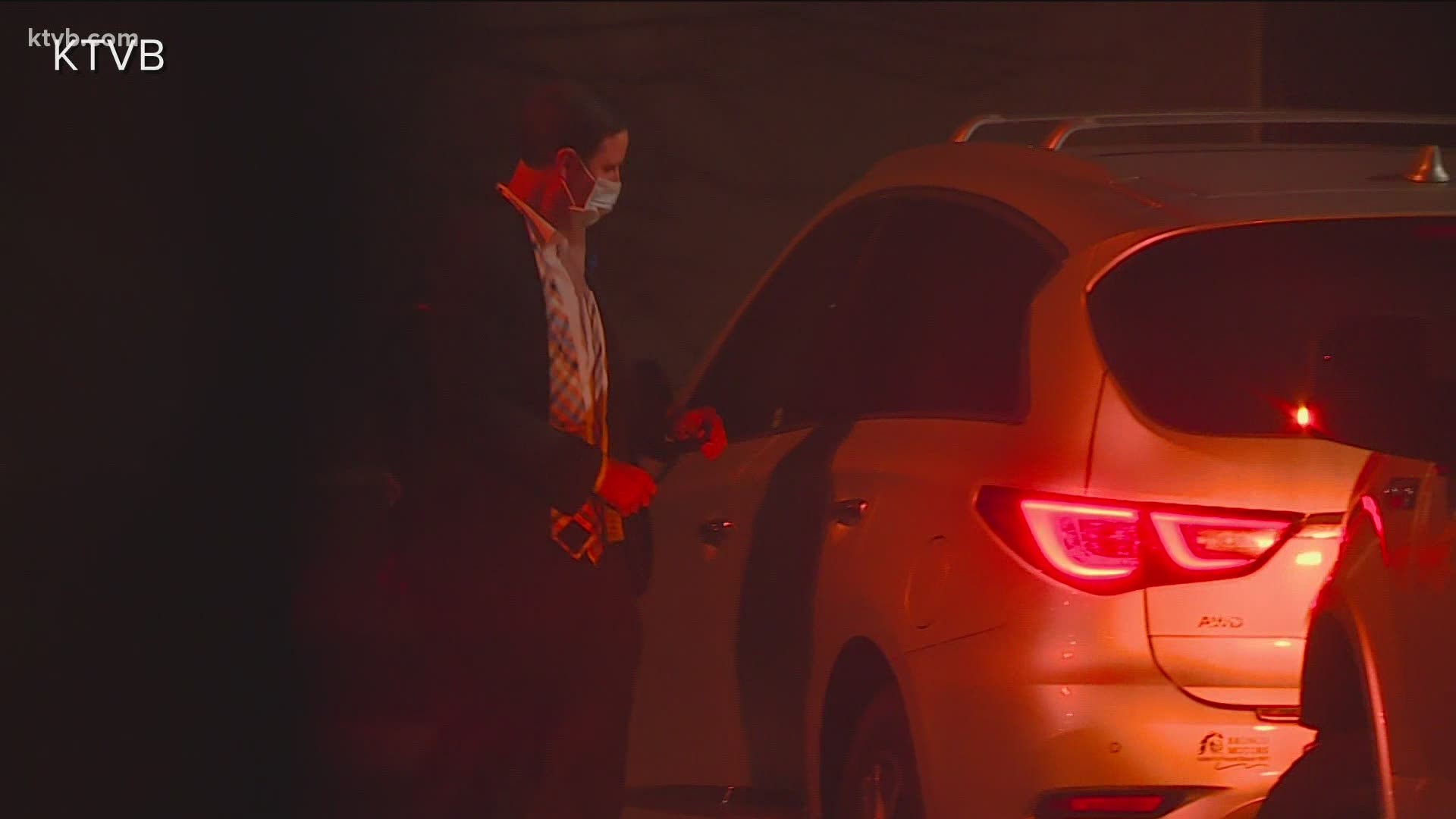 It’s only a slightly more exact science than NORAD tracking Santa on Christmas Eve, but flight plans tell us that new Boise State athletic director Jeramiah Dickey visited both Jeff Choate in Bozeman and Andy Avalos in Eugene on Thursday. Oh to be a fly on the wall. At the same time, Dennis Dodd of CBSSports.com reported that “Florida offensive coordinator Brian Johnson and USC offensive coordinator Graham Harrell have joined a short list of top candidates being considered for the Boise State head coaching job, sources told CBS Sports.” So are there still four in the hunt?

Despite the promise shown in his college debut at Florida State in 2019, Hank Bachmeier hasn’t reached his considerable potential as a quarterback yet. That’s why so many people are clamoring for a “quarterback whisperer” of sorts. We’ve talked about the job Johnson has done in developing Kyle Trask at Florida. Trask finished fourth in Heisman Trophy voting Tuesday night. Harrell has done similarly stellar work with the Trojans. Since JT Daniels suffered a season-ending injury in USC’s 2019 opener, Kedon Slovis has thrown 47 touchdown passes in 16 games (yes, I had to double-check that stat). Bachmeier has thrown for 15 TDs and eight interceptions in 13 games as a Bronco. There’s more to Hank than that.

Colton Pool of the Bozeman Chronicle was a guest on KTIK’s Idaho SportsTalk to give Boise listeners some background on Montana State coach Jeff Choate. There’s a hangup with Choate’s lack of experience as a coordinator. But since he was hired at MSU from his defensive line and special teams spots under Chris Petersen at Washington, he has blossomed as a head coach. Pool said Bobcats fans would be “absolutely heartbroken” if Boise State hired Choate away. Pool also talked about culture, a word that’s thrown around a lot but sometimes doesn’t stick. “It’s genuine that Choate has re-established a winning culture here,”said Pool. Andy Avalos, of course, would also get the culture part, and he has an outstanding background as a coordinator.

Among Bryan Harsin’s staff hires at Auburn is offensive coordinator Mike Bobo, who moves after a year in the same position at South Carolina. That predictably brought out the ”28-3” posts on social media. And they weren’t talking about Atlanta in Super Bowl 51. Bobo, of course, was head coach at Cokorado State when Boise State staged a riveting rally from a 28-3 deficit to beat the Rams 59-52 in overtime in 2017. Bobo was reportedly set to stay with the Gamecocks on new coach Shane Beamer’s staff at $1.2 million per season over two years. It has also been reported that Harsin will be hiring defensive coordinator Jeff Schmedding and offensive line coach Brian Bedell from Boise State.

WORTH THE WAIT FOR SHAVER

No shortage of storylines in Boise State men’s basketball this season. It’s hard to get to all of them, but Marcus Shaver Jr. deserves some pub going into Game 2 tonight against Air Force in ExtraMile Arena. Shaver has started only three games this season, yet he is the Broncos’ second-leading scorer at 14.0 points per game. The transfer from Portland is shooting 49 percent from the field and 50 percent from three-point range, and he averaging 5.1 rebounds. Shaver is remarkably consistent—he scored 15 points and nailed all three of his three-point attempts in Wednesday night’s win over the Falcons. KTVB’s Jay Tust and his inimitable #TuSTATS add this: “He’s had at least 13 points and 3 boards off the bench on four different occasions this season, tied for third most in the NCAA.”

The most interesting quote to come out of Boise State coach Leon Rice after Wednesday’s 78-59 win over Air Force had to do with unselfishness. “It's something that we're going to have to keep fighting for, it's a culture thing,” said Rice. “If you're not fighting for your culture every day you're going to learn you can slip. Just the way social media is and outside voices and nobody's immune to it. It's impossible to shut it all out so we have to keep working on that. You have to fight against your own ego, you have to fight against what friends and family that love you tell you to do. Now you're adding another mouth to feed and that's why you have to keep that as the most important thing you do.” Facsinating. There’s a ton of talent on the Broncos roster and only one basketball. It’s a delicate balance.

NOT YOUR EVERYDAY SWEEP

College of Idaho is coming home after a wild couple of nights in Spokane. On Wednesday, Charles Elzie III hit a pair of free throws with five seconds left to cap a rally from 22 points down in a 77-75 Coyotes win over Whitworth. Then Thursday in the rematch, the Yotes and Pirates went into double-overtime before C of I prevailed 92-91. Fruitland’s Jake O’Neil, the one-time Boise State golfer, scored 25 points with 15 rebounds and hit the game-winning bucket with three seconds left in the second OT. On the women’s side, Boise State gets another shot at Air Force this afternoon in Colorado Springs after being routed 76-52 by the Falcons Wednesday night.

THE REST OF THE NON-LVE COWBOYS RECAP

With 2020 in the books, let’s look at the rest of the lengthy list of Boise State alumni in Dallas—those not named Leighton Vander Esch. DeMarcus Lawrence recorded 6.5 sacks this season, 1.5 more than last year but far below his peak of 14.5 in 2017. Lawrence also had four forced fumbles this season. Tyrone Crawford notched his first two-sack game in six years in the Cowboys’ 30-7 win at Cincinnati on December 13. But those were his only sacks of the season. Darian Thompson 43 tackles and added his first interception since 2017. Thompson was on the COVID-19 list for the Cowboys’ final game of the season last Sunday against the Giants.

Cedrick Wilson logged 17 receptions for 189 yards and those two long touchdowns at Seattle in September. But he had only three catches over the final 10 games of the season. Wilson did go 2-for-2 through the air for one touchdown. Also in Dallas, former Boise State center Marcus Henry was one of five players signed to reserve-futures contracts on Monday.

Tim Tebow does something he could never do later in the NFL—he outduels a fellow Heisman Trophy winner in a title game. Tebow led Florida to a 24-14 victory over Sam Bradford and Oklahoma in the BCS Championship Game in Miami. Tebow was 18-of-30 for 231 yards and two touchdowns and rushed for an additional 109 yards. Bradford finished 26-of-41 for 256 yards and two TDs. Each quarterback threw two interceptions. It was the Gators’ second national title in their fourth season under coach Urban Meyer.