If everybody stays (and that’s a big “if”), Boise State won’t have to worry about a new starting quarterback until at least 2022, and maybe 2023. 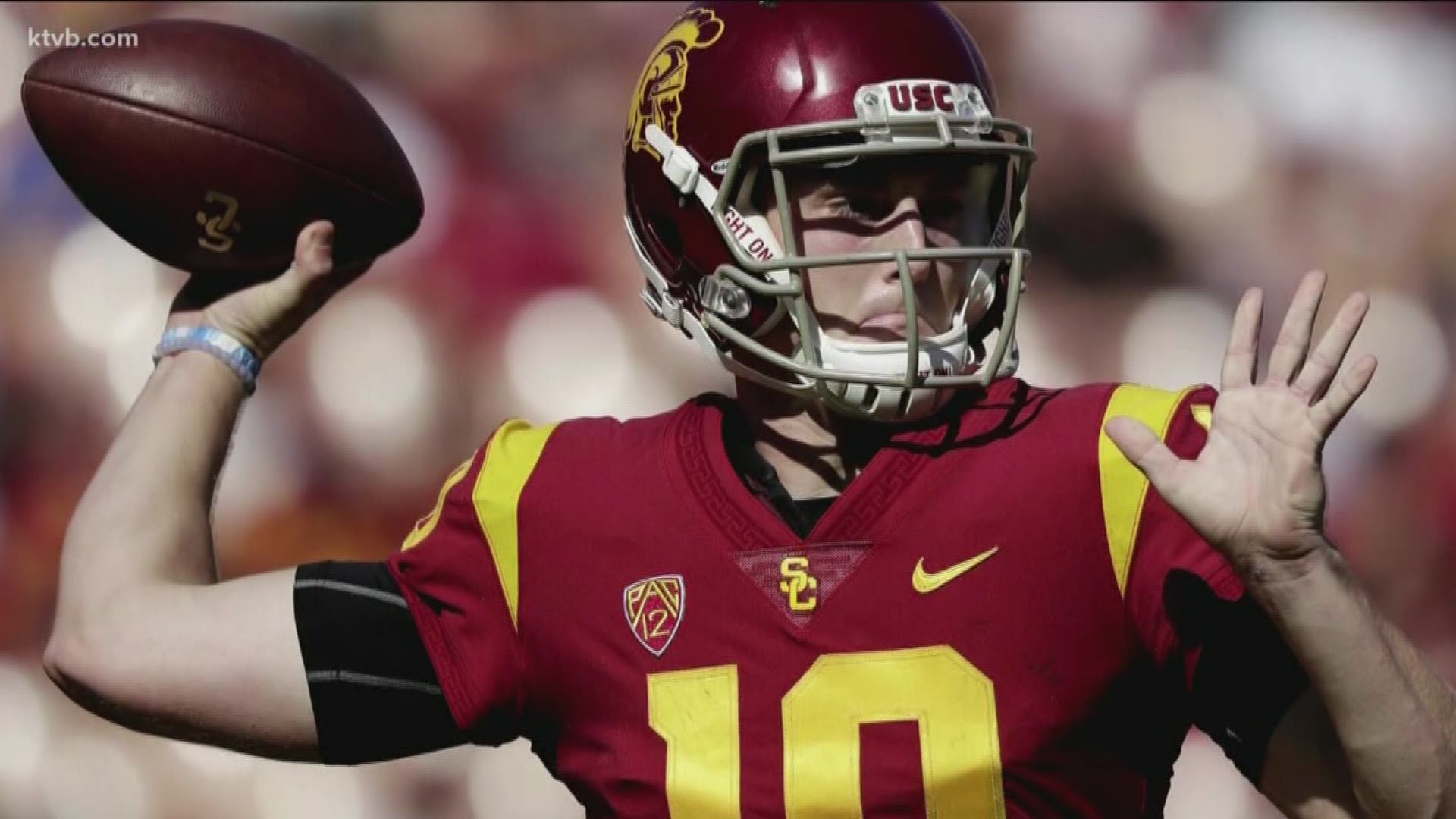 Had you heard of Montell Cozart before he transferred to Boise State in 2017? How about Jaylon Henderson in 2018? But Jack Sears—that’s a name many fans are familiar with. Sears left USC’s football team late last August and entered the transfer portal while working on his degree. He committed in mid-December to San Diego State, where he had an excellent shot at becoming the Aztecs’ new starting quarterback. But after Rocky Long left as coach and Brady Hoke replaced him, Sears backed off SDSU. Monday night he landed at Boise State. There were few expectations for Cozart and virtually none for Henderson when they arrived, but both shined. Expectations will be higher for Sears.

Sears should be inspired. He comes to a quarterback-strong program after finding himself fourth on the Trojans’ depth chart after fall camp last summer. Sears played in exactly one game in his time at USC, going 20-of-28 for 235 yards and two touchdowns in a 38-35 loss to Arizona State in 2018 when JT Daniels was injured. He was a four-star recruit in 2017 coming out of high school in San Clemente, CA, and was rated as the No. 4 pro-style quarterback in the country. But he never gained traction as a Trojan. Nevertheless, Sears’ signing is a coup for Boise State. He was the eighth-ranked transfer quarterback available this year, according to 247 Sports.

ANOTHER CURVEBALL FOR CORD

Boise State was set to go into the 2020 season with Hank Bachmeier and Chase Cord competing for the starting job at quarterback. But there was an odds-on favorite in the race, as Bachmeier is the incumbent. Now with Sears transferring in, there’s going to be a for-real competition, as he has two years of eligibility left. Bachmeier’s quest to make better—and quicker—decisions takes on added urgency now. What does this mean for Cord? He’s going into his junior year and has faced plenty of adversity, from the torn ACL in 2018 to the ups and downs as Bachmeier’s backup last year. Cord is a high-character individual and is mentally tough. Here comes another test.

THE 2021 RECRUITING CLOCK IS TICKING

While other teams are loading up on their 2021 recruiting classes, Boise State obviously isn’t done with 2020 yet. In addition to Sears, the Broncos added running back Taequan Tyler from Tyler Junior College in Texas over the weekend. Tyler, a 5-11, 200-pounder, rushed for 313 yards and four touchdowns as a true freshman last season—he’ll have three years of eligibility left at Boise State. The Broncos still have only one 2021 commitment, linebacker Jai Jones from Dallas. It’s not that Boise State is pacing behind (by its standards), but from the “what the heck is going on at Colorado State” department, the Rams now have 13 commits. And New Mexico has 12. Are these good players? We’ll see in a couple of years what it all means. The Broncos have a lot of offers out there. Sooner or later, some have to come aboard.

We knew that when George Holani snuck over the threshold at the Las Vegas Bowl in December and finished with 1,014 rushing yards that Boise State became the national leader with a 1,000-yard rusher in 11 consecutive seasons. But Brett Ciancia of Pick Six Previews added over the weekend that the Broncos now have a three-season lead in that category over Ohio State and Appalachian State, who have streaks of eight years apiece. And Boise State is one 1,000-yard rusher away from the FBS record of 12. With Holani likely being the Broncos’ feature back off the top this year, you have to like their chances. If they play enough games. If the season is shortened, 2020 probably (hopefully) will have an asterisk next to it, and the streak can be extended.

DID I MENTION CLEAR AS MUD?

Nothing is set in stone. That much we know about the 2020 college football season. Don Day of BoiseDev.com reports that during a news conference Monday on a new task force on economic recovery, “Boise’s mayor and Boise State’s president said the fate of Boise State football this fall isn’t yet known.” Dr. Marlene Tromp also said she thinks the NCAA “will tell schools to follow each state’s guidance.” If it sounds to you like it could be all over the board, Mountain West commissioner Craig Thompson agrees with you. “If states and universities are open and ready to play, we’ll play with whoever is available,” Thompson told Sports Illustrated. The “students must be on campus” argument appears to be fading. The conference’s three California schools say they’re going to try to start the season on time.

NO A.D. OPENING AT UNLV

Boise State has had five athletic directors in 52 years. UNLV has had that many in the past 17 years and the Rebels are thankful they don’t need a sixth. Desiree Reed-Francois was a leading candidate as the new AD at UCLA, but the Bruins have hired Martin Jarmond of Boston College. Stability is important, And UNLV will be able to hang onto it for now. Reed-Francois appears to have made a couple of solid hires in just over a year, with T.J. Otzelberger starting to right the ship in men’s hoops and Marcus Arroyo looking to do the same in football.

Edmonton’s Wayne Gretzky cements his status as a superstar with two first-period goals, keying a 5-2 victory over the New York Islanders that gave the Oilers their first Stanley Cup, four games-to-one. The Islanders had won the previous three NHL championships. Gretzky had not scored a goal until Game 4—then he tallied four times over the final two games. However, the MVP of the Stanley Cup Finals was not Gretzky, but his Edmonton teammate, Mark Messier.