The Rainbow Warriors have not been known as road warriors. Some pretty good Hawaii teams have come to the blue turf and wilted. Is 2019 different? 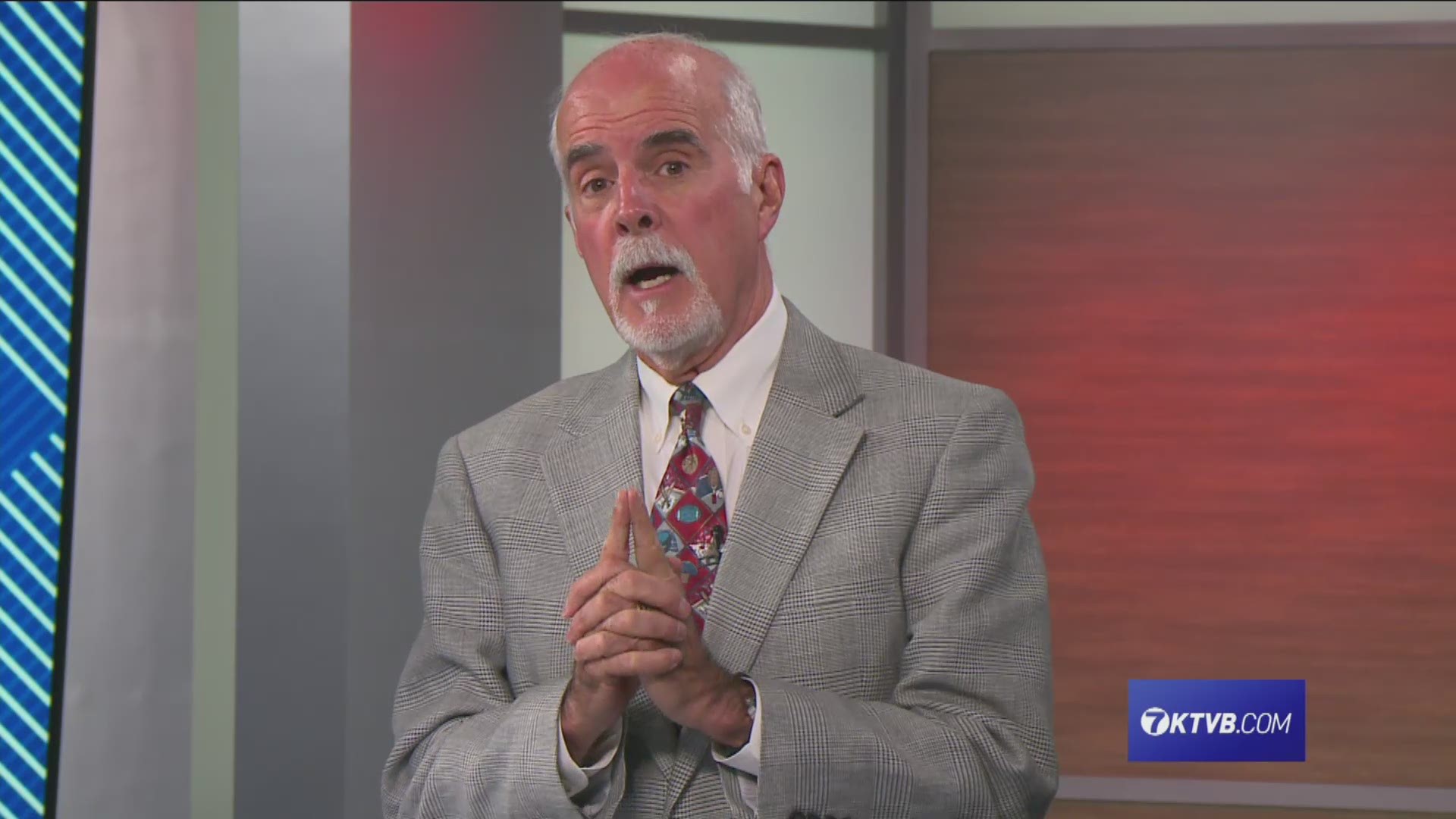 I saved a couple of snippets from a Ferd Lewis column in the Honolulu Star-Advertiser 10 days ago because I was still in disbelief over Hawaii’s 54-3 demolition of Nevada in Reno.

With a bye week ahead, you can imagine what the Rainbow Warriors were like after the game.

This from Lewis: “’On to Boise!’ was a popular—and telling—refrain as the team triumphantly made its way out of frigid Mackay Stadium.

"Hopefully, the mind-set for Boise is like (Nevada)," coach Nick Rolovich said watching his players celebrate.

Running back Fred Holly III said, "I don’t want to speak too early.  But, I feel like we love rising to the occasion of challenges.  We love going somewhere when we’re against all the odds, the weather, the (elevation), just like this place (Nevada).”

The Mainland isn’t so intimidating to UH these days.

WHAT WEAVER HAS NEVER WON

1.) “Weaver is the only player in the FBS with multiple 3+ sack performances this season, including an FBS-best 4.0 in a single game.”

NEW LIFE IN A BRONCO FOOT

Consider the much-maligned Joel Velazquez a rejuvenated man.  The Boise State punter and kickoff specialist began the UNLV game with punts of 34 and 33 yards.

But by the end of the night, Velazquez had a 42.9-yard average with a long of 56, and three boots placed inside the Rebels 20-yard line.  He’s also the Broncos’ long-range placekicker, and he came on to nail a 52-yard field goal as time ran out in the first half.

It was Boise State’s longest field goal in nine years, and—considering how the Broncos defense was playing—it was a dagger in this game.  Velazquez gave Boise State a 17-0 halftime lead.  And that was enough at Sam Boyd Stadium.

Josh went through a lot to get to Boise, and Nick must figure it’s worth it.  But maybe that’s why he waited so long to announce it—he apparently committed to the Broncos six weeks ago.

Booker-Brown is a 6-4, 250-pound defensive end from Houston and is listed as a three-star recruit by Rivals.com.  He held 19 scholarship offers, including four from Power 5 schools, according to Rivals.

PLENTY OF TIME TO DRIVE TO PROVO

Fans have become numb to this—in Boise and in Provo.  That doesn’t mean they like it.  It was announced Monday that the kickoff for the Boise State-BYU game at LaVell Edwards Stadium a week from Saturday will be at 8:15 p.m.

The Broncos and Hawaii have the same thing going this week on the blue turf, of course.  A near-capacity crowd is expected for Homecoming, though.  Hey, fans were unfazed 3½ weeks ago for the late start against FCS Portland State.  It surprised the heck out of me.

As for BYU this week, Cougars quarterback Jaren Hall will be making his first career start in place of injured Zach Wilson at South Florida (a very winnable game).

Hall becomes the first black QB ever to start for BYU.

‘YET ANOTHER CHANCE U’

Nevada took a chance on quarterback Malik Henry this year, giving him a preferred walk-on spot.  Now the Wolf Pack’s really taking a chance on Henry, naming him the starting QB in this Saturday’s game versus San Jose State after its offense was embarrassed in the 54-3 loss to Hawaii 10 days ago.  Henry, a one-time five-star recruit, signed with Florida State in 2016 but eventually found himself at Independence Community College, the setting for the Netflix series “Last Chance U” last season.  The show didn’t cast Henry in a favorable light.  Now Nevada is Henry’s Last Chance U.  He’s the Pack’s third different starter this season.  We’ll see if Henry can seize the opportunity.

YOTES ARE THE TARGETED ONES NOW

When College of Idaho revived its football program in 2014, Carroll College was the standard the Coyotes were trying to reach.

The Fighting Saints have won six NAIA national championships in the 21st century and have won 26 Frontier Conference titles all-time.

But it’ll be the Yotes, ranked No. 8 in the NAIA, who are favored this Saturday when the teams meet in Helena, MT.  You can see it in C of I’s numbers.

The 4-0 Yotes are averaging almost 40 points per game and giving up an average of just 16.  They rush for 315 yards per game, the third-best mark in the country.

But the College of Idaho defense has made the biggest strides this season.  It’s allowing an average of just 289 yards over the first four games of 2019.

Speaking of C of I, the “Meet The Yotes” event is slated for tonight at J.A. Albertson Activities Center.  There’ll be men’s and women’s scrimmages and fan contests.

The NAIA season always starts earlier (earlier every year, in fact).  The men open on Friday, October 25, at Montana Western.

The Boise State men enter their third week of preseason practice today, with the Broncos’ earliest exhibition date ever coming up on Halloween versus West Coast Baptist College.

One of the defining moments in World Series history, as Yankee pitcher Don Larsen pitches a perfect game in a 2-0 win over the Brooklyn Dodgers.  Larsen would end up Series MVP as the Yanks won another world championship.  Nothing else in Larsen’s major league career came close to what happened that day—he was 81-91 with nine different teams over 14 years.  According to Wikipedia, Larsen and his wife of more than 60 years, Corrine, still live in Hayden Lake, Idaho.